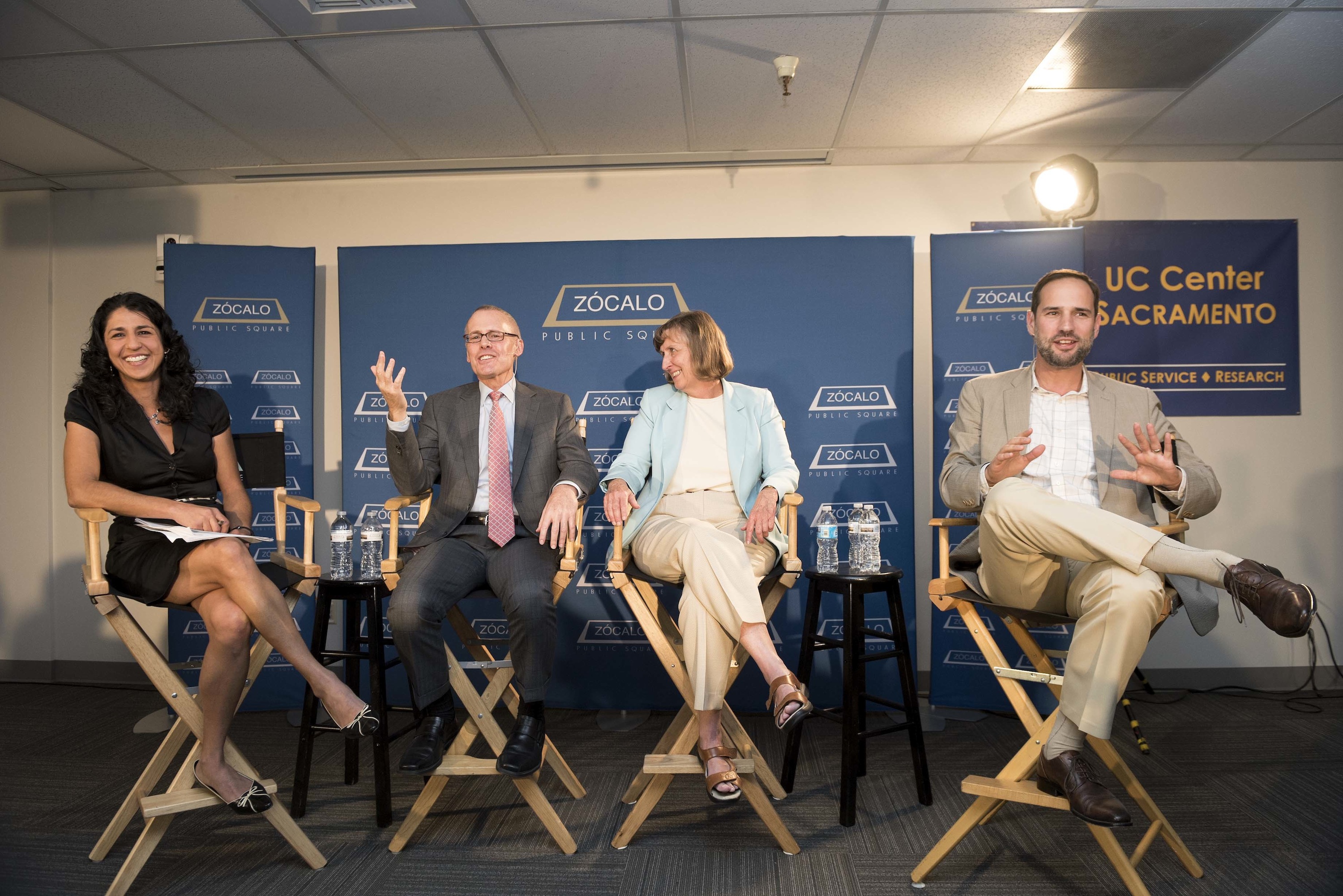 A year ago, the Affordable Care Act (ACA) was launched with an abundance of promises to Californians: People with preexisting conditions would no longer be denied coverage from health insurance companies. More people would receive free or low-cost coverage through Medi-Cal. Shopping for health insurance on the Covered California website would be as easy as shopping on Amazon.

Have these promises been kept? And has one of the most highly touted promises of this sweeping healthcare reform—that it would give consumers more choices—been fulfilled? The answers to both these questions are complicated, said a panel of industry insiders at an event co-presented by The California Wellness Foundation at the University of California Center Sacramento. As the second open enrollment period begins, people in the Sacramento region have more access to healthcare and in some ways more options than ever before, the panelists agreed. But the ACA is not an unqualified success.

Garry Maisel, the CEO of Western Health Advantage, a regional HMO based in Sacramento, said that the ACA has benefited people with preexisting conditions unequivocally. They went “from no access to guaranteed access” to healthcare, he said. But other consumers saw their choices limited by Obamacare. A number of large insurance plans—UnitedHealth, Signa, and Aetna—opted not to participate in the state-run market. There are now fewer choices in benefit designs—not as many different deductibles and co-pay structures—than there were in the past. And, a number of insurance plans joined California’s exchange but narrowed their networks of providers.

Western Health is not one of them, said Maisel. If you buy insurance with Western Health through Covered California, you get access to their full network of healthcare providers. That network was considered narrow in the past—but now Western Health offers one of the broadest networks in the region.

Bay Area Council policy advisor Micah Weinberg said that in the past, innovative benefit design “hid a lot of non-transparent monkey business” that kept consumers from understanding how much healthcare actually cost, and who was paying for what. Now, however, that’s being eliminated, and the ACA is creating an incentive for providers to worry about the cost of their services.

Transparency remains an issue in other areas, said Maisel. Covered California doesn’t tell people shopping for healthcare plans what providers are in each network—and neither do many healthcare plans. Some plans, he said, neglect to update the information on their websites about the doctors and hospitals in their networks. And there’s no regulation to force them to provide this information. Even if you know the doctor you want to continue seeing, her office may not be able to provide that information. A doctor can apply to join a network—but the insurance company may not accept the application, and may not let the doctor know she’s been rejected.

Some of the confusion over whether or not the ACA has fulfilled its promises is due to flawed messaging about the law and our public dialogue.

Weinberg said that one problem with our conversations around the ACA is that “major policy changes have tradeoffs, and no one’s willing to talk about” them. Politicians on both the right and left like to say that a policy is going to make things better for everyone, said Weinberg. But that rarely turns out to be true.

“Ask Emily” columnist and healthcare reporter Emily Bazar, the panel’s moderator, added that both President Barack Obama and Peter Lee, the executive director of Covered California, promised that people could keep their plans and doctors after ACA implementation. They also promised that shopping for healthcare would be simple. Some people, however, have had to switch plans and doctors. And shopping for healthcare is a complicated process.

Capell said that people who work on healthcare policy were “taken by surprise” by how hard it was for people to shop for healthcare on the new exchanges. But when you take a step back, it makes sense: Health insurance is the second-most expensive purchase many of us make, after buying a car.

So what information should consumers use to make this important decision? It’s not just about the cost of premiums, cautioned Weinberg. If you decide to switch plans because one is $5 cheaper than another—as you would when buying a product online, say—you’re making a mistake. A new, cheaper plan often has a narrow network that may not include doctors you have seen for years. Building new relationships with doctors means scheduling more appointments and more tests—expenses that add up. Switching care providers is also bad for your health, particularly for if you suffer from chronic conditions.

Capell said that a particular plan might seem like a great deal when you buy coverage on the cheap—until you end up on the hook for the entire cost of a doctor’s appointment or prescription. Covered California, she said, is looking at how to redesign costs so that consumers can better understand what they’ll actually have to pay.

For now, though, the new healthcare landscape remains difficult to navigate for consumers. Bazar said that going into this new enrollment period, the best things Californians can do are avoid the Covered California website—which remains full of glitches—at all costs, and get help from expert assisters. Certified enrollment counselors, insurance agents, and health plan member services can help consumers navigate the process of enrolling free of charge.

In the audience question-and-answer session, the panelists were asked if there are enough of these assisters in the Sacramento area.

Weinberg said that in terms of quantity, there are plenty of people available to help you buy insurance. But their quality is inconsistent. “The program you have to go through to sell Covered California is not a Ph.D. program,” he said. “But to understand this stuff you need five to six years of being steeped in it.” He said that if you’re talking to someone who seems as if he doesn’t know what he’s talking about—he probably doesn’t know what he’s talking about.

Another audience member asked the panel to talk more broadly about the ACA and choice. What kind of choices has this law given people not just in terms of doctors and providers but also in their lives and careers?

Capell said that the ACA is a wonderful opportunity for people to leave jobs they’ve stayed in for the benefits in order to start small businesses or go back to school. If you lost your coverage because of a job change or a divorce, “the world is a better place for you” now, she said. 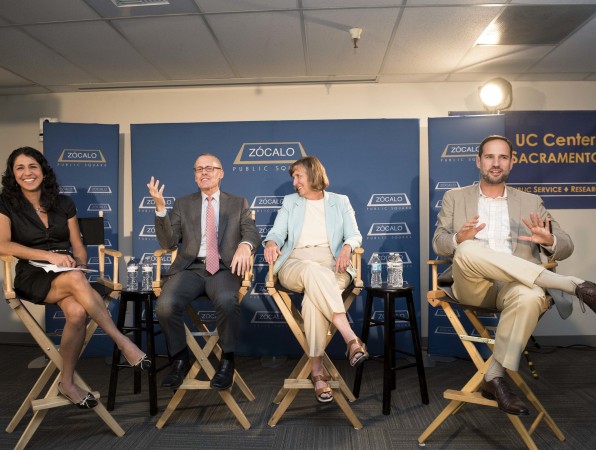 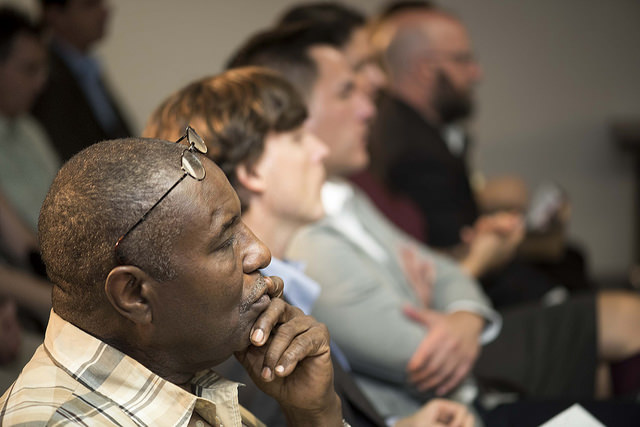 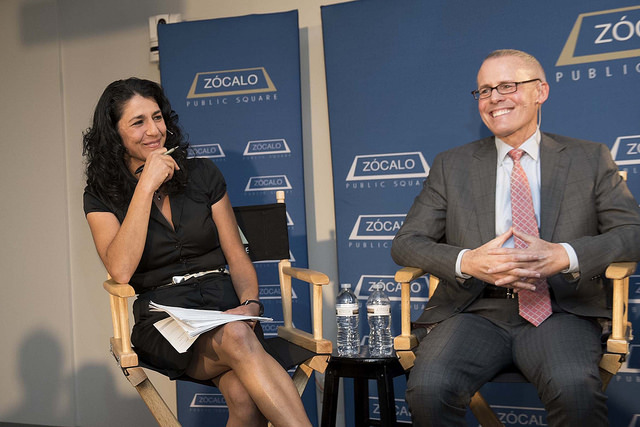 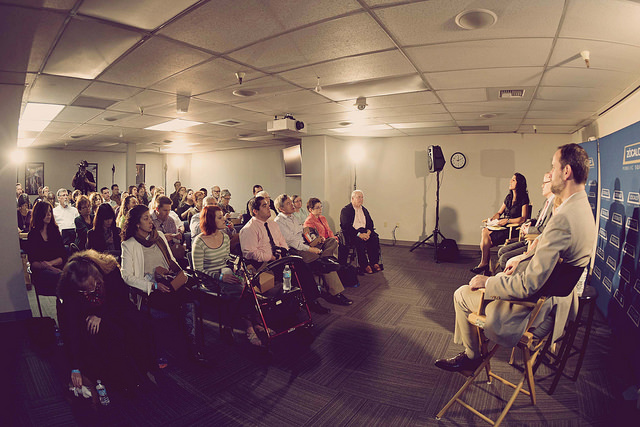 A large crowd was in attendance for the lunchtime event 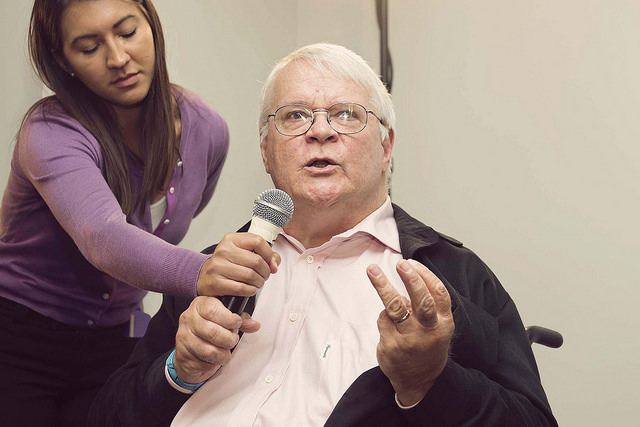 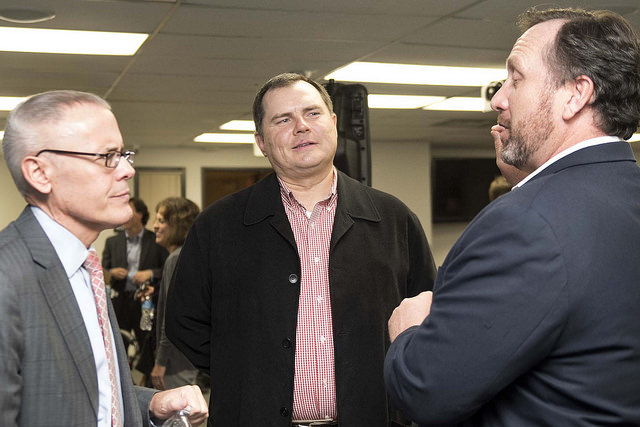