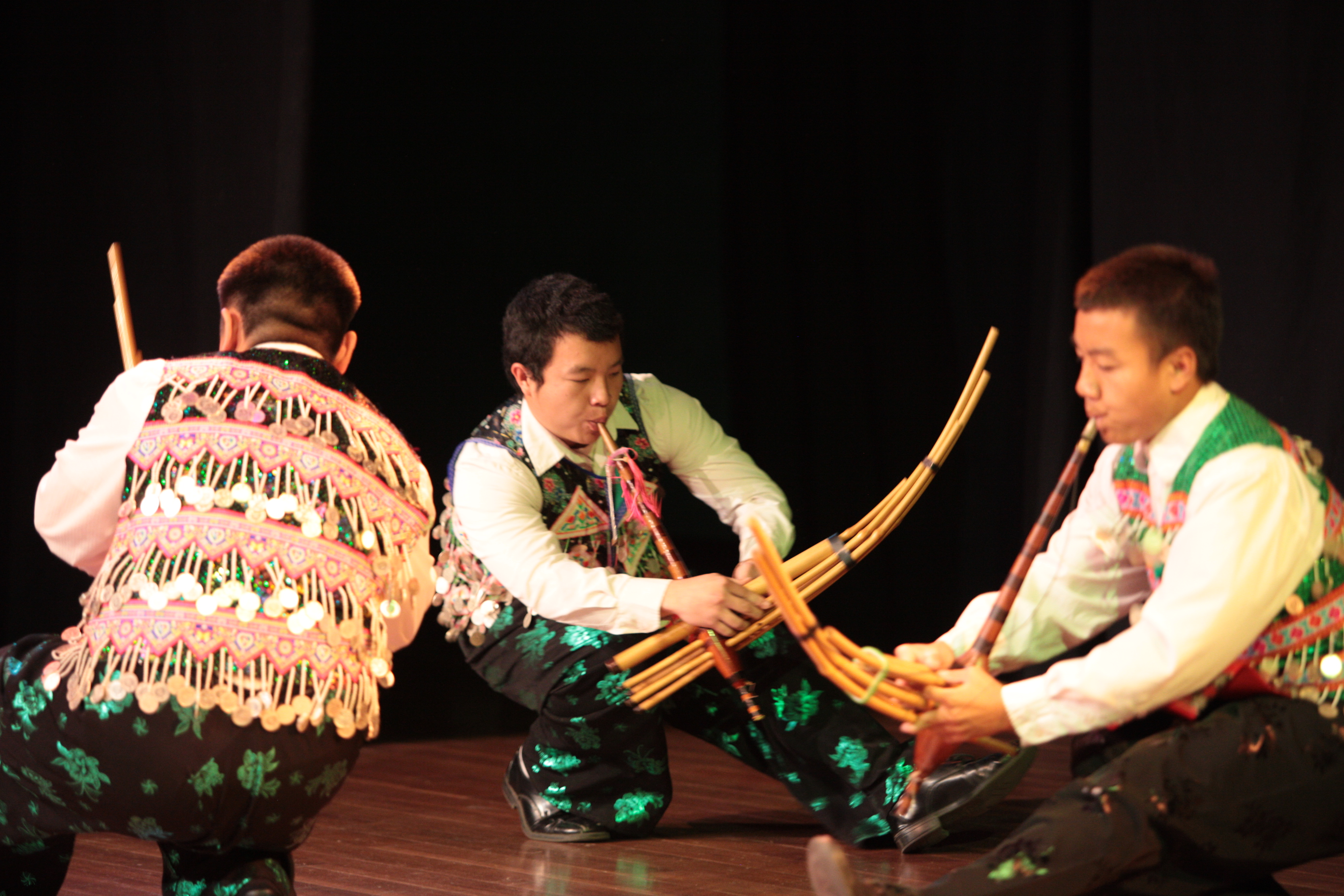 A wall of sound often emanates from an open classroom at the Merced Lao Family Community Center. It’s bagpipe-like and pulsating—the sound of a half-dozen boys practicing the qeej (pronounced gheng), a bamboo reed mouth organ played at Hmong funerals, other ceremonies, and social events.

At Hmong New Year, these young musicians will perform traditional songs on the qeej, the music coming into harmony with the jangly rhythm of the coins dangling from their vests.

The qeej is significant to the Hmong community; it binds people to each other and to their culture. It’s also one of dozens of practices, places, events, groups, and people included in the Merced Cultural Asset Map, which was created last year by the Alliance for California Traditional Arts in collaboration with The California Endowment’s Building Healthy Communities initiative. Our goal was to engage Mercedians in reflecting upon their own cultural assets (what we refer to as “cultural treasures”) and stimulate sharing and dialogues. Ultimately, we wanted to strengthen the relationships necessary to tackle some of the most critical community issues like reducing violence in neighborhoods or keeping kids in schools. 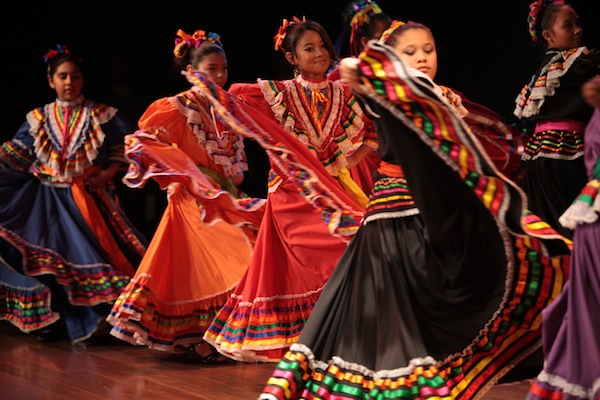 And these are real issues that need to be dealt with in Merced. But it was also important to us to show that Merced is more than just its issues. Merced is more than the daily newspaper and TV stories focusing on gang violence, unemployment, poverty, and conflict among its diverse communities.

To help us identify cultural treasures, we brought together a core group of eight local community members with Hmong, Mexican, Caucasian, and African-American backgrounds. This task force met every two weeks at the United Way offices in downtown Merced during the summer and fall of 2013. Since the gatherings began at 6 p.m., we thought it would be hospitable to have dinner for people. We knew food could provide a way into conversations about local culture and the different ways in which people practice and value traditions.

We ended up inviting well-respected cooks identified by the task force members to prepare meals for our meetings. It was a treat: We had meals from different parts of Mexico, Laos, and an unforgettable African-American soul food feast that included baked beans, collard greens, fried chicken, and banana pudding. The meals opened up a conversation about other cultural traditions, as well as deeper discussions about Merced’s cultural landscape. Once we had people talking, we found that our role as facilitators was to listen and create a space for others to talk to each other. 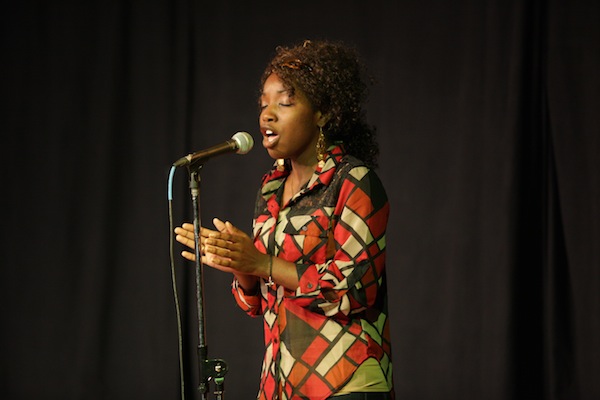 We asked members of our task force to collect surveys designed to identify cultural treasures from across south Merced County. They attended municipal events, went door-to-door in their neighborhoods, and interviewed people they believed were significant to their community.

After we compiled the more than 100 surveys, the group had the difficult task to choose only four cultural treasures to highlight in short films. In addition to the qeej, the list included the Mexican folk dance ensemble Grupo Folklórico Juan Colorado at Planada Elementary School, the highly admired soul songstress Cheryl Lockett, and the South Pacific Dance Company.

It was a privilege to follow up with these community treasures, visiting them for a conversation and to produce short film vignettes. Each visit showed me how highly invested these people are in the larger Merced community. For instance, the director of the South Pacific Dance Company, which specializes in Tahitian and Polynesian dances, brought Hawaiian culture to the Merced area in 1974 and developed a school and a well-known dance competition and festival entitled, Kiki Raina Tahiti Fête. Rebecca Ka’awela Manandic, endearingly known as “Auntie Becky,” has spent years training a diverse group of dancers of all cultural and social backgrounds at her studio in central Merced. During the holidays she organizes a series of performances in senior centers to teach her young students to recognize the value of elders and to encourage interaction between the generations. 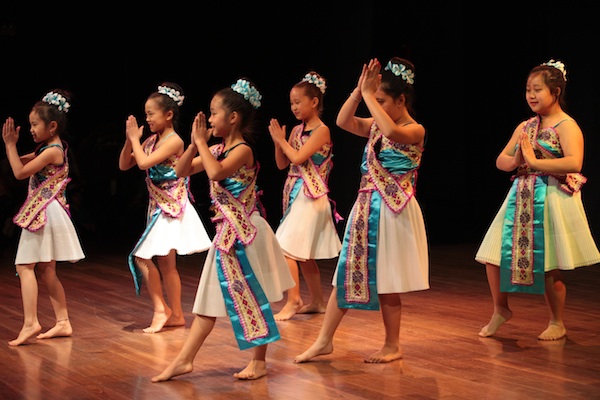 We’re proud of the breadth of experiences captured by the Merced Cultural Asset Map. You can see that Merced is vibrant. It has theater shows; culturally deep rituals mediated by Hmong shamans; diverse food choices that include chia lemonade, seafood gumbo, and Oaxacan tamales; and important cultural organizations such as the Central Valley chapter of the Filipino American National Historical Society.

The task force also dug deep into their communities to find artisans that do much of their work at home, such as Ye Her, a Hmong elder who does paj ntaub (“flower cloth”), which is a reverse applique technique that requires a high level of hand sewing skill to layer fabric that is cut and sewn using hiddens seams to form intricate patterns used on traditional clothing, wall hangings and other items. Teresa Ceja is also listed as a cultural treasure for her skills in knitting, cross-stitch, embroidery, and Mexican deshilado (open embroidery) that involves cutting threads and taking them out of a weave of cloth to create lace-like patterns within the material.

Once we identified and mapped these treasures, we wanted to share what we found so we organized an event in January at the Merced Multicultural Arts Center. The event awakened all of your senses. As soon as you entered the space, smells of flowers and food lured you in. The crochet work of Doris Caldwell invited inquiries, the performances of the Hmong dance group Ntxhais Ntxim Hlub (“Cute Little Girls”), and the Gospel singers Janisha McMillan and Todd Marion Jr., truly lifted spirits. 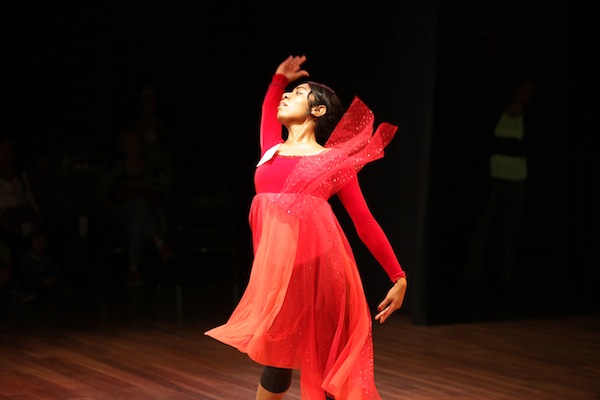 The best part was how the performers, cooks, and artisans engaged with each other and the older and younger generations interacted in such convivial manners. The dancers from Grupo Juan Colorado and Ntxhais Ntxim Hlub enthusiastically watched each other’s moves and together they cheered on praise dancer Jessica Daniels, who choreographed jazz and modern dance movements as homage to her spiritual belief.

In addition to the performances, we scheduled workshops in Polynesian dance, as well as storytelling and verbal practices in the Hmong and African-American communities. A Gospel class, led by one our own task force member Jerome Rasberry, ended up transforming into a lively cross-generational discussion of music, race, and cultural beliefs in Merced.

People lingered to talk long after the last workshop was over; there was a sense of warmth and togetherness, and people weren’t quite ready to leave. Loretta Spence, another task force member, articulated what so many of us were feeling: The project showed off Merced’s talents, and made people feel good about themselves and their community. Many asked about when this event would happen next and how they could contribute and participate.

It was also a reminder that we don’t take enough time, nor create the special kinds of spaces where we can learn about and appreciate each other.