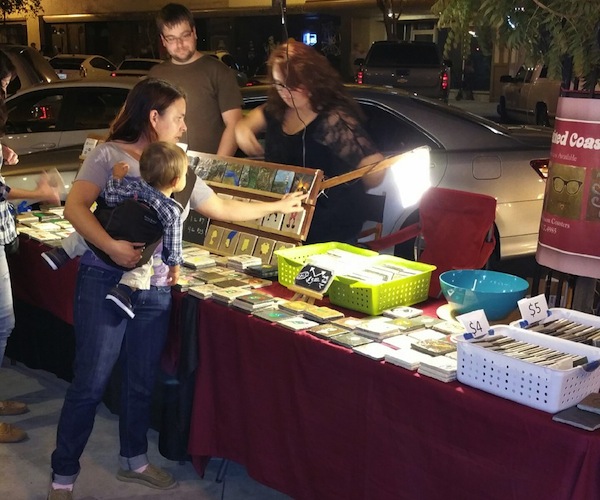 Things were going well until the crockpots of nacho cheese began showing up next to the knock-off purses in 2013. Once that happened, Bakersfield’s ArtWalk, part of its monthly downtown art night, First Friday, went downhill and fast.

ArtWalk and First Friday were the brainchildren of Don Martin, who opened Metro Galleries in 2007. To encourage people to come downtown after work, he organized businesses to stay open late on the first Friday of every month. Then, he asked artists to set up and sell their work (be it visual, literary, or musical) on the sidewalk.

But over time, the original vision of the ArtWalk became blurred as non-artists set up their stuff anywhere on the First Friday of each month. Martin did his best to run off the chili vendors and sock merchants, but he had a gallery to run.

How the ArtWalk went on for so long without permits is still beyond me. It was a vendors’ squatting paradise.

I got the job—and quickly realized that no one managed the ArtWalk. There were no event permits filed with the city and when business owners called the Downtown Business Association to complain about a vendor who set up a table in front of their doors, the complaints were forwarded to Martin. Basically it was an event with no order. The buck had nowhere to stop.

So I paid a visit to the city treasurer, who was so glad to see me that he handed me a thick folder of forms to fill out and finally make the ArtWalk legal. How the ArtWalk went on for so long without permits is still beyond me. It was a vendors’ squatting paradise.

I began filling out the city’s forms and designing an ArtWalk permit application for participating artists, which included the event’s rules and regulations, as well as the fee structure. With the help of a few council members, artists, and Martin, we decided a fair permit fee would be $25 for a single Friday, $120 for 6-month permit, and $180 for a year. I had no easy way to get in touch with the participating artists since there were no email or phone lists. So I hit the streets. 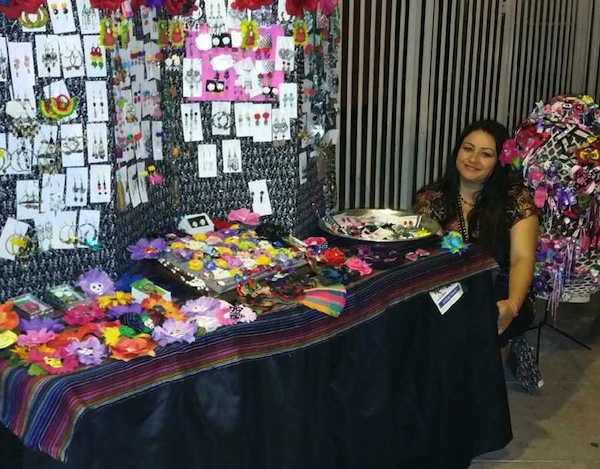 On a hot First Friday evening last June, I walked the ArtWalk handing out the new application to all the vendors. I tried my best, in the 100-plus degree heat, to explain to each vendor how the permitting process worked, how being permitted would protect them, how much the different permits would cost, and when they would be available for sale.

Most of the initial reactions from the artists were positive. Many were happy that there would be a focus on the arts and that they could reserve the same space each month.

But then I began to get angry emails and phone calls accusing me of starving artists, fixing something that wasn’t broken, and trying to define art. I hadn’t defined art, so the arts council did. The ArtWalk would be for anything creatively and originally assembled using separate parts or pieces—and/or the prints, CDs, or DVDs of those original works. Food and cosmetics would be excluded from the ArtWalk—those types of products can be sold at farmer’s markets.

Then the paper called.

A Bakersfield Californian reporter camped out in front of our building the first day of permitting, and stood in the permit line with angry people. We permitted 20 vendors in the first 90 minutes while calming the angry. The paper interviewed frowning artists and I responded to three-pages of interview questions from the newspaper and conducted a two-hour face-to-face interview with the reporter with two follow-up calls. For my trouble, the paper published a critical story that quoted me only twice.

Then an artist told me that some vendors would boycott First Friday. We decided to hold a public meeting, which drew about 50 people, as well as two newspaper reporters and a TV station. It went well. Supporters of the new policy overwhelmed the naysayers. Don Martin came and talked about the history of the ArtWalk while I discussed necessary changes. After the meeting, we sold 10 more permits.

But the reaction was mixed. I was cussed out and hung up on by some, praised and thanked. I took this as an opportunity. When those who were upset exhibited great passion for the arts, I asked them to be on the Arts Council’s board. I was impressed by my critics and skeptics who knew how to light a fire and had a feeling for the arts in Bakersfield.

In order to complete the permit process, all businesses in the ArtWalk area had to sign a notice supporting our efforts regarding first Friday’s ArtWalk. Not a single proprietor batted an eye. For those who struggled with the permitting process, I offered discounts and one-month free trials; I also wrote a grant support scholarships for future artists to participate in the ArtWalk.

There was one last test; Martin and I were called to a meeting in City Hall, and we arrived intimidated at all the departments who were there: city parks and recreation, city treasurer, code enforcement, three Bakersfield police officers, detectives, city higher-ups, and two others whose names I never got. But after an exchange of many business cards and an explanation from Martin and me, they offered their support. Code enforcement committed to be out at First Friday checking for permits and assisting in all ways possible. Don and I left with personal cell phone numbers for what seemed like the entire City Hall.

The first ArtWalk under the new process was on a scorching August Friday. I took neon chalk and numbered each vendor’s space. We set up a table for questions before the artists began to set-up. Code enforcement stopped by, as did police officers. I had hired private security that checked permits. It went as smooth as silk. Hundreds of people braved the heat and walked the art-filled streets of Bakersfield. I was pleasantly bored, but proud, as I did my rounds asking each artist if they were happy.

The following Monday our phone rang off the hook with artists wanting to be permitted for the next ArtWalk.