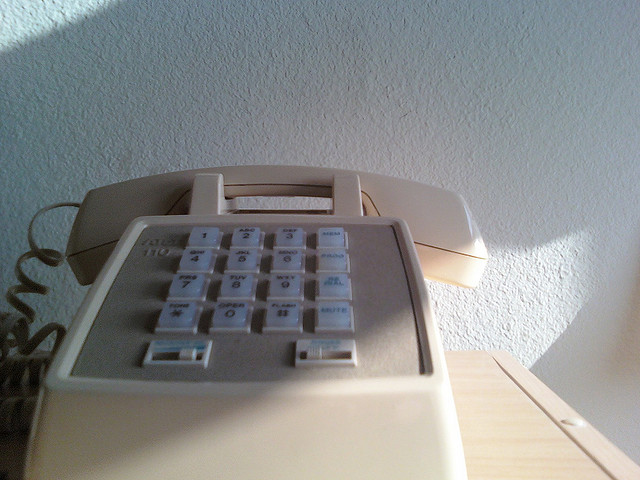 My friend Greg long ago convinced me that instead of a laundry list of resolutions, what we really need every new year is just one catch-all aspirational slogan, more likely to be remembered past January. Like “Find the fix in ’06.” When I crowd-sourced the challenge of a slogan for this new year, a wise 10-year-old I know came up with, “See the unseen in ’15.”

I like it because it is both a timeless exhortation—to expand one’s horizons—and a particularly timely one. The year 2015—the far-away year Marty McFly travels to in the 1980s classic Back to the Future—is shaping up, ironically, to be a year when the reassuringly familiar reasserts itself. Such mainstays as the Bush-versus-Clinton dynastic feud, the Star Wars saga, interest rates, U.S. power around the world, the Dallas Cowboys and Pittsburgh Steelers, and the telephone all are poised to make a comeback this year. But don’t trust me: Grab a half-dozen Post-it notes and make a few forecasts of your own on the defining questions of 2015.

Before going any further, however, I realize my last comeback suggestion might seem absurd: that the phone, used as such, as in the lost art of dialing and talking, is back. But the hacking of Sony in late 2014 may prove a tipping point, forcing people in many different workplaces to avoid putting certain things in writing. “Call me” may turn out to be among the most emailed words in 2015, shedding their once ominous overtones to become shorthand for, “I have something juicy to say about this, but I would be crazy to write it.” Here’s an interesting forecast close to home: Write on your first Post-it whether you think you will spend more or less time talking on your phone in 2015 than in 2014 (and figure it out at year’s end).

In politics, 2015 is shaping up to be a throwback year as Jeb Bush and Hillary Clinton explore, and likely announce, their 2016 presidential bids. Will Bush or Mitt Romney or someone less aligned with the party’s business wing (Rand Paul, Ted Cruz?) be ahead in the GOP’s polls as 2015 comes to a close, on the eve of primary season? Write down your prediction on a Post-it (eschewing email for obvious reasons). And, if it is Bush riding high, will the dynastic hue of the contest affect how voters view Clinton?

The appeal of the familiar is understandable: The country has had a hard time settling into a semblance of normalcy pretty much since the start of this millennium, buffeted by a series of booms and busts, not to mention wars. Now the Federal Reserve, the institution wielding the greatest (if underappreciated) power over our financial affairs, is coaxing us to be OK with going back to normal. 2015 is when the Fed plans to put an end to its emergency measure of keeping the important benchmark interest rate it charges financial institutions at essentially zero. One defining story line for the year is whether this is seen as a vote of confidence in the economy, or whether it spooks markets addicted to artificial stimulation. Use a third Post-it note to guess whether the Dow Industrials Average will crack 20,000 and end 2015 above that level, which is slightly more than 10 percent higher than it is today.

In either case, the United States will look like a safe haven compared to much of the world. Our lead in all aspects of information technology keeps growing. We’re experiencing a manufacturing renaissance. We are well on our way to becoming one of the world’s lowest-cost (and self-sufficient) energy producers. 2014 started with a barrel of oil costing some $20 more than a share of Apple. The year closed with a surging share of Apple costing almost twice as much as a plummeting barrel of oil ($114 to $60). Go ahead and forecast on your fourth Post-it which of these two (Apple share or barrel of oil) will cost more at the end of 2015, and what the spread will be.

It should become clearer in the coming year that America has gotten its mojo back. It isn’t only our economic prowess. There’s also a renewed acceptance of American power and influence in much of the world, courtesy of Vladimir Putin’s antics, China’s extraterritorial assertiveness, the implosion of the anti-American left in Latin America, and all the global challenges—climate change, pandemics like Ebola, the persistence of radical Islamist terrorism—that still require U.S leadership.

This desire on the part of many countries for closer ties, coupled with America’s renewed economic confidence and domestic political trends, might make possible an ambitious trans-Pacific trade deal. And that would signal to the world that America is no longer stuck in the Middle East. On your fifth Post-it forecast a ranking of Iraq, Ukraine, Mexico, and China, according to the number of times each is mentioned in 2015 in The New York Times.

Meanwhile, information technologies continue to empower us. But now the revolution turns inward, as the next frontier of the Information Age that brought the outside world to our fingertips—the next great unseen that we will see—will be within ourselves. 2015 will be the year of the iWatch and other tracking and diagnostic technologies—some wearable, some in your medicine cabinet, others like cheaper, faster, and less intrusive blood tests at the nearby drugstore—that will allow us to acquire unprecedented self-knowledge.

This will keep the topic of inequality alive, as we talk about how such technologies create a new “digital divide.” I don’t have a clever forecasting prompt here for your last Post-it, but rather a question worth jotting down and contemplating: What does it mean for a society to have some people walking around with sophisticated dashboards measuring their well-being, while many others don’t, and remain in the dark? That seems qualitatively different than having the divide be defined around one’s access to knowledge of China or finances.

As bullish as I am on 2015, I should caution readers that I am usually optimistic at the start of every new year. It must be a personal flaw. And that’s why “See the unseen in 2015” is a perfect personal slogan, and not just as an exhortation to climb a mountain or go on safari or avail myself of these self-tracking technologies. The slogan is an antidote to my own complacency, a cautionary admonition to be on the lookout for the unexpected shocks that can upset my rosy scenarios.

After all, no one has ever said that, when it looked like nothing could go wrong, nothing went wrong. Happy new year.