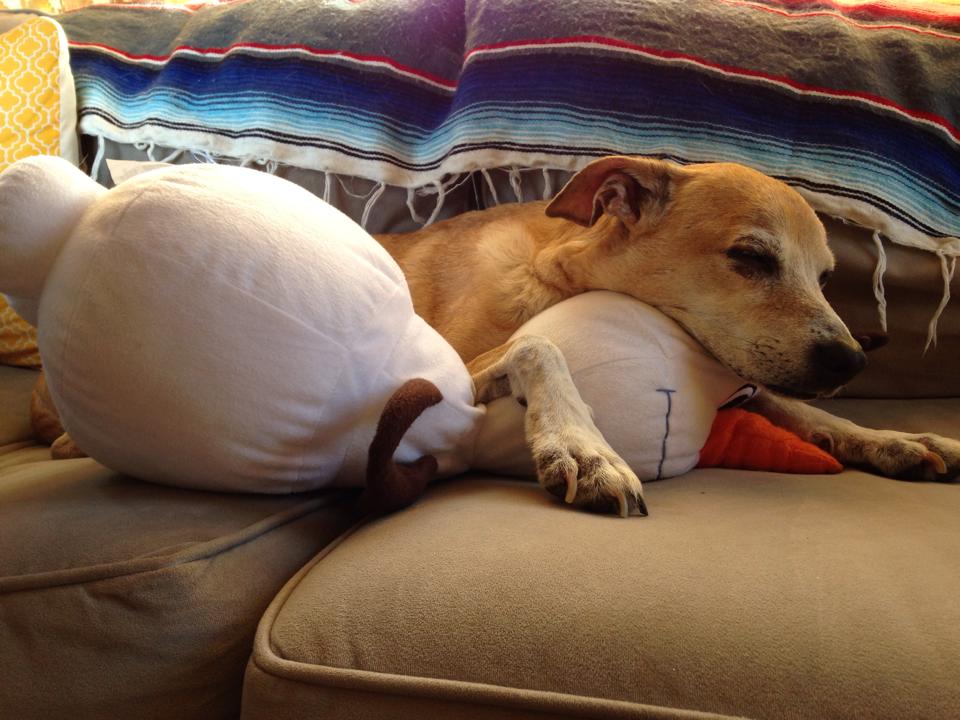 Zeigfield waddled, rather than walked, into my examination room. I had been seeing this obese Dachshund at my veterinary hospital for most of his 17 years, treating many of the common ailments of the breed: back problems, mild skin disease, and regular episodes of what veterinarians tactfully refer to as “dietary indiscretion” (in Zeigfield’s case, eating a batch of chocolate chip cookies, part of an old sock, and a half bottle of his owner’s Prozac). But today’s visit was different. “He just hasn’t been himself for the past several months,” his owner Carol reported. “He seems restless at night, but mostly he just lays around. He doesn’t play his old games anymore. There isn’t any single issue, but he just isn’t right.”

Further questioning revealed that there actually was a single issue that prompted the visit: Zeigfield had been urinating and defecating indoors, despite being well house-trained since puppyhood. After ruling out most of the possible physical causes, I told Carol that her dog was likely developing cognitive dysfunction syndrome, the most common type of dementia in dogs.

Pets’ lives are different now than when I started my veterinary practice 40 years ago. Dogs are no longer allowed to run freely outside to be hit by cars, fight with other animals, or eat out of garbage cans. The quality of our dog foods is considerably better, and we have controlled the mostly deadly infectious diseases. Dogs’ lifestyles are safe but sedentary, leading to longer lives and more chronic conditions like obesity, arthritis, and cognitive dysfunction—which I find myself diagnosing almost daily at the Southern California veterinary hospitals where I practice.

Dogs’ lifestyles are safe but sedentary, leading to longer lives and more chronic conditions like obesity, arthritis, and cognitive dysfunction—which I find myself diagnosing almost daily at the Southern California veterinary hospitals where I practice.

People are often surprised that their pets can develop something similar to the Alzheimer’s Disease we see in humans, but our brains are not that different from dogs’. When your dog greets you, the same parts of the dog’s brain sends sensory input to the hippocampus, where memory connections are forged. Just beside the hippocampus sits the amygdala, which links the memories passed on from the hippocampus to emotions (like joy at your homecoming) and refers these feelings to the neural systems that initiate activity. Various parts of the cerebral cortex sort these impulses and modify them so that they are appropriate. This how the sound of the owner’s car pulling into the driveway tells your dog an affectionate greeting, a long walk, and, of course, dinner are on their way.

The cellular changes of canine cognitive dysfunction would be recognizable under the microscope to any human brain pathologist: Plaques of beta amyloid—protein fragments believed to be the result of “oxidative stress”—lead to distinctive “neurofibrillary tangles” within the damaged nerve cells, and shrinkage of the brain appears in areas where memories are made and behaviors are shaped. 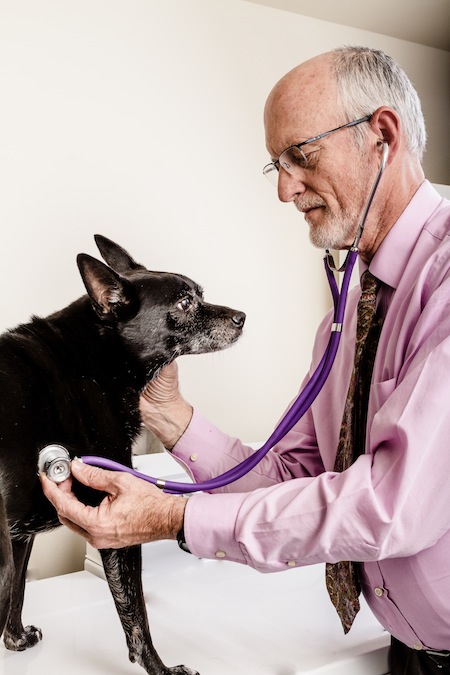 Some things are different between our species, of course. Fido doesn’t forget where he put his car keys. But he may not remember which door he uses to go out to the yard. The same inability to evaluate behavioral appropriateness may prompt a person with dementia to disrobe in public, or a dog with dementia to eliminate in the house without hesitation. Many dogs with cognitive dysfunction wander restlessly all evening in a manner reminiscent of the “sundown syndrome” of Alzheimer’s patients. And most significantly, finding familiar surroundings strangely unfamiliar often triggers anxiety and agitation.

When I explain such anxiety to owners of senile dogs, I often refer to a scene in the movie On Golden Pond, in which Henry Fonda’s character leaves the house to pick strawberries and returns a few minutes later, shaking and distraught. “Nothing was familiar, not one damn tree,” he says. “I was scared half to death.”

As with many of the dogs I treat, Sterling, a 14-year-old Labrador retriever from El Cajon, was dealing with dementia along with other health problems. He had recently lost most of his hearing, and arthritic hips made it difficult for him to rise from his favorite sleeping spot. Sterling spent hours every night panting and whining. Once he got to his feet, he could move fairly well. But as soon as he left the house for a walk around the neighborhood, he pulled nervously at the leash to get back into the house, where he would pant and tremble for the next hour. Sterling’s owners felt that he was suffering, and they had started to consider euthanasia.

Once a dog’s cognition deteriorates, it loses the ability to compensate for discomfort, and the dog’s suffering becomes compounded by anxiety. This is the point at which most compassionate owners I’ve dealt with have made the difficult decision to euthanize their long-time companion. Although dementia is almost never fatal on its own, cognitive dysfunction and physical health problems are a debilitating combination.

I told Sterling’s owners we could treat the low thyroid condition that was diminishing his hearing and potentially find more effective treatments for his hip arthritis. We could lessen his distress with the same antidepressant medications given to humans. But I couldn’t offer any honest reassurance of dramatic improvement.

Treatments for canine dementia are most effective when they are started before the signs of cognitive dysfunction start to show. This is equally true in humans, which is why researchers are working on tests to predict Alzheimer’s long before symptoms appear. A number of nutritional supplements (particularly DHA, one of the omega-3 fatty acids found in fish oil) and various antioxidants have been shown to slow the progression of mental decline. S-Adenosyl methionine (SAMe) is an over-the-counter supplement that provides mild help for old brains. There is even an FDA-approved medication to treat canine cognitive dysfunction: Selegiline is a derivative of a drug used in human Parkinson’s Disease. In my personal experience I have not seen dramatic results with this medication, but it is usually prescribed in the later stages of dementia, when it may be “too little, too late”.

We can also borrow from the extensive research that has been done in humans and laboratory animals, which find that eating a healthy diet (high in omega-3), staying mentally active, and getting lots of aerobic exercise can delay the onset of senile dementia. The exact amount of exercise that is required to delay senility in dogs has yet to be studied, but my personal experience has been that when I see one of my canine patients who is still alert and happy at 15 years old, the dog’s owner invariably tell me, “He has always gotten out on his walks every day, no matter what.”

When we are in the middle of our busy lives, old age seems far away, and taking steps to delay senile dementia (for our dogs or ourselves) isn’t a priority. There is even a certain unspoken acknowledgment that old age and a weak mind are inexorably linked. It isn’t until your graying canine companion is anxiously pacing the house at midnight or your mother forgets your name that you think you’d do anything possible to bring back the memory and comprehension that has been lost. Something to think about while you take a long walk with your dog.