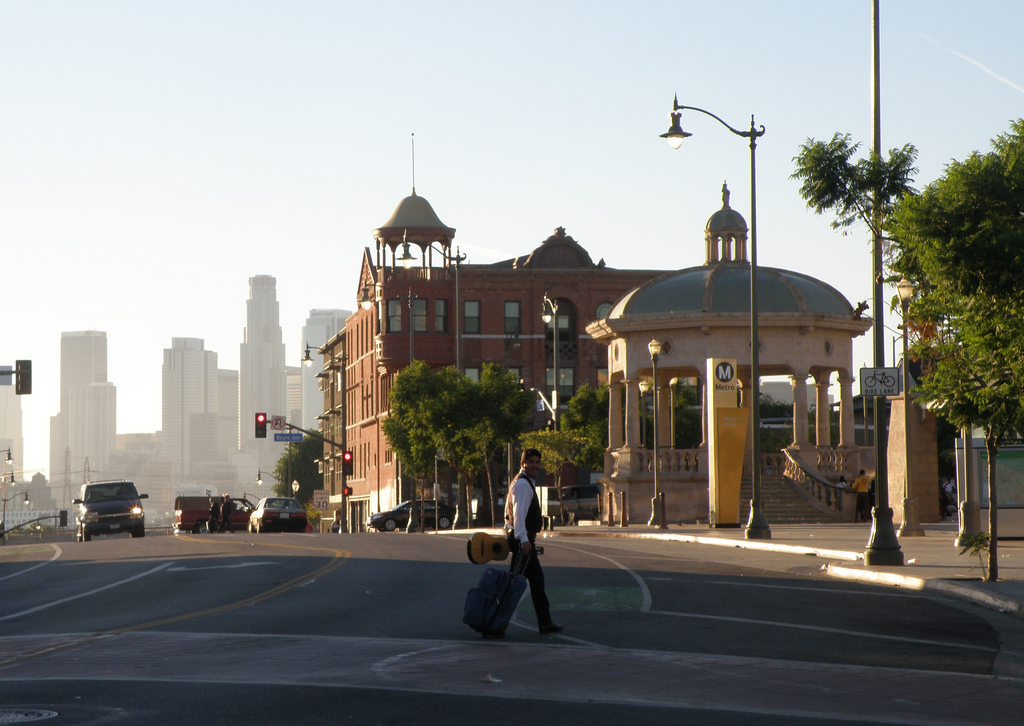 Zócalo Public Square has built a national profile, syndicating our editorial content to more than 160 media outlets around the country and partnering with global brands including the Smithsonian Institution and J. Paul Getty Trust. Now, Zócalo—which was founded in Koreatown in 2003 and is headquartered in Santa Monica—is expanding its presence in Los Angeles.

We are delighted to announce the opening of a new satellite office on Mariachi Plaza in Boyle Heights; the launch of a groundbreaking multi-platform initiative with the Los Angeles County Metropolitan Transportation Authority (Metro); and an expanded partnership with KCRW.

Zócalo is joining forces with Metro to explore how people live in and move around Southern California today. Our new series, #myLAcommute, will feature the voices, visions, and experiences of a broad range of Angelenos—as they tell their L.A. stories in their own words. #myLAcommute will be published five days a week by Zócalo and distributed by Metro’s The Source and KCRW.com.

Together, Zócalo and Metro are also launching a pioneering new fellowship program—based out of Zócalo’s new Boyle Heights satellite office—to encourage young Angelenos to explore their city. These college students and recent graduates will collect written, spoken, and visual stories from fellow passengers on Metro bus and rail lines. The stories they find will form the core of #myLAcommute.

Zócalo is also expanding its longstanding partnership with Los Angeles NPR affiliate KCRW 89.9 and KCRW.com. KCRW will be publishing all Zócalo’s syndicated editorial content as well as featuring stories on-air, online, and on social media. KCRW will also co-present all Zócalo events.

As new partnerships and projects bring Zócalo to audiences around the country, we remain committed to helping Angelenos tell their stories, and creating a deeper sense of place and attachment for Southern Californians.