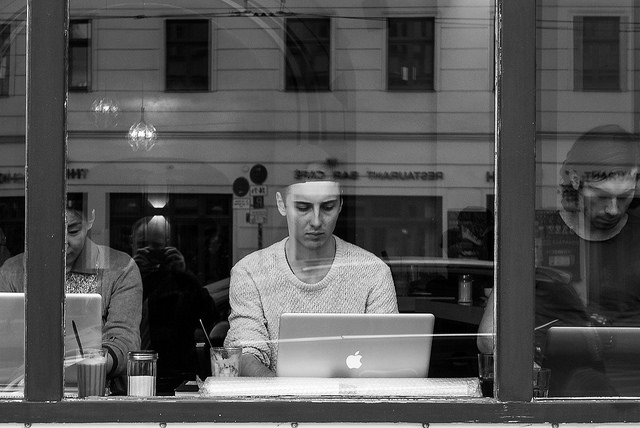 I started my first blog 15 years ago, about the same time Andrew Sullivan embraced the form. Sullivan’s highly publicized decision to end his blog doesn’t surprise me, but it is not the “end of blogging,” despite some premature obits to that effect. I can testify to that firsthand. I still run two blogs: FutureofCapitalism.com (which is about exactly what its name says) and Smartertimes.com, the latter the very same blog (examining the sins of The New York Times) that launched me on this path.

But Sullivan’s departure from the blog world is a good moment to reconsider a revolutionary form that has matured–and to think about what is essential about blogs and makes them likely to endure. (Credit, or hat-tip, as bloggers might put it, to this question of essential nature, is due to the Greek philosopher Plato, and a reminder that even when writing about new technology, it always helps to have a grounding in the classics of humanities.)

Blogs, by their nature, offer a point of view and have a voice, and that’s the way that journalism and media are heading.

The pajamas—what bloggers other than myself were widely reported to wear as they typed away—aren’t essential. But blogs are well positioned to survive, in part because a blog is about an individual, not an institution, in an era when individuals matter more than institutions.

The value to the reader of a blog is provided by the individual journalist, not the brand for which he or she happens to write. Andrew Sullivan’s readers followed him from AndrewSullivan.com to Time, The Atlantic, and the Daily Beast. People read Jeffrey Goldberg’s reporting on the Middle East because it is by Jeffrey Goldberg. It doesn’t matter to readers whether it appears in The New Yorker, The Atlantic, or Bloomberg View. Paul Krugman’s readers don’t care whether he is writing in Slate, The New York Times, or The New York Review of Books. If Krugman left The New York Times and started writing for the Washington Post, readers would follow him there, just as technology columnist Kara Swisher’s readers followed her from the Wall Street Journal to Recode.

Blogs, by their nature, offer a point of view and have a voice, and that’s the way that journalism and media are heading. The advantage of the blog over the publication or media outlet is fundamental here: It’s less complicated for an individual to form and express an opinion than for an institution to express one. Bloggers, unlike old-fashioned journalists, don’t follow the convention of attempting to pretend not to have any opinions about the news they are covering. They also are freer to express idiosyncratic, outsider views than newspaper columnists, even the best of whom are constrained by their institutions and their audiences.

And while the ability to produce opinion quickly can be abused, blogs provide the kind of connection and curation that is necessary to understand a world with so much news and information. Successful blogs use hyperlinks to send us out into the web; the blog is guide and greeter. A great blogger can be a personal information concierge, and is likely offering that service for free. Blogs are often bargains.

And not just for readers. The blog’s most enduring feature is the low barrier to entry. Anyone can start one, and that remains the subversive, democratizing, revolutionary beauty of it. The Drudge Report’s Matt Drudge, one guy with a laptop, can drive the news cycle as decisively as 100-year-old institutions with hundreds of millions of dollars invested in printing presses or television studios, highly educated editors or super-attractive anchors.

I’ve been on both sides of this divide. I ran the Harvard Crimson, a century-old institution with a brick building and presses in the basement. I worked at and have written for big newspapers like the Wall Street Journal and Los Angeles Times, and I tried to revive in print an old newspaper brand, the New York Sun, with a news and editorial staff that eventually totaled more than 50. Since the Sun ceased print publication in September 2008, I’ve been operating FutureOfCapitalism.com and SmarterTimes.com for a cost that is less than 1 percent of what was spent producing the Sun.

As Andrew Sullivan acknowledged in his retirement note, bloggers are prone to burnout. But so are old-fashioned journalists. In some ways it is easier to take a vacation when you have colleagues to keep things running while you are gone. In other ways, though, it may be easier to take your laptop along and blog from the beach when you don’t have a staff back at the office to worry about. The best bloggers, such as Glenn Reynolds, Elizabeth Spiers and Megan McArdle, combine blogging with other activities, such as teaching and book writing. I’ve found blogging and book-writing to be a nice combination of the fast and slow games, the instant and the long-lasting.

I’ve seen the advantages and disadvantages of the old media world, and of the blog world, too. Blogging runs the risk of solipsism. The reporting resources and reputations of institutions are useful in getting phone calls returned, landing interviews, gaining access, and attention. But the issue isn’t whether, given a choice, we might return to the pre-blog world, or inhabit or invent, as Ben Smith imagines, a “post-blog” world. There is no turning back. Like it or not, we live in a blog media world.