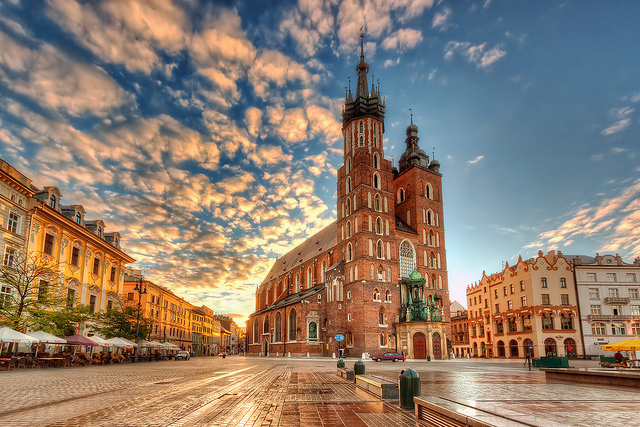 California, I’d like to introduce you to the sister you never knew you had.

Her name is Poland.

I see by the look on your face, California, that you are a bit shocked at this news. I realize that, when you think about your place in the world, you compare yourself to other big states, like Texas (economically) or New York (culturally). And when you’re feeling proud, you trot out the gross domestic product figures that put you in the top 10 of all countries around the world, up there with Italy and Russia and ahead of India.

But I’ve gotta tell you: These usual points of comparisons are too different to be instructive. Texas, for example, is a much bigger place in area, and has more than 10 million fewer people, than California. And the countries with similarly sized economies are much too big—think of Russia’s nine time zones or India’s more than 1 billion people—to make comparisons to California all that useful.

The social transformations have been nearly as stunning in this conservative, Catholic country; the northern city of Slupsk recently elected an openly gay mayor, something San Francisco hasn’t yet managed.

If you really want to understand who you are, California, you need to examine the country that most resembles you in size and population. And that country is Poland. Like you, Poland is home to 38 million people. And California is just slightly bigger in land area, but not by much (160,000 square miles for you, 120,000 square miles for them).

And that’s not all these two places have in common. For all their differences in history, today Poland and California are both crossroads that sit on global dividing lines between major regions. Poland and California each look West hopefully, and see the potential for growth by trading with prosperous continents (Western Europe and Asia, respectively). And—let’s face it—both look nervously East toward oil-rich, war-mongering, fading empires that aren’t nearly as democratic as they claim to be (Russia and the United States, respectively).

There has never been a better time than right now to take a hard look at Poland. Few countries have had a better time of it over the last quarter-century. Capitalizing on the end of the Cold War and the expansion of the European Union, Poland has experienced extraordinary growth, averaging 4 percent a year. (The social transformations have been nearly as stunning in this conservative, Catholic country; the northern city of Slupsk recently elected an openly gay mayor, something San Francisco hasn’t yet managed.) Most strikingly, Poland was the only major European economy to avoid a recession during the financial crisis; its economy is more than 20 percent larger now than it was in 2007. Long-term projections show Poland growing faster than other European countries through at least 2030.

What could you, California, hope to learn from examining Poland?

The most obvious—and important—lesson is how absurdly rich California remains. For all its growth, Poland’s economy, at $520 billion in GDP, is barely one-fourth the size of California’s $2 trillion economy. Despite being poorer, Poland’s recent investments in infrastructure dwarf California’s—Poland is now spending three times more in actual dollars on infrastructure than it did in 2006. That disparity should put the lie to the popular notion in California that the state doesn’t have the money or resources to make bigger investments in its future.

Comparing the two places on education also holds lessons. In K-12, Polish kids actually do better on measures of reading, math, and science than California kids. But California’s advantage in the quantity and quality of our universities more than compensates for that earlier deficit. Only two Polish universities show up in global rankings, while the outsized economic impact of California’s universities—in the workers they educate and the innovations they spur—is a big reason why California is so prosperous. In this context, Gov. Jerry Brown’s miserly attempt to limit state investment in the University of California looks—to use a Polish word—glupi.

The contrast on jobs is instructive. California business types tend to oppose efforts to raise wages and complain that it costs too much to employ people here. But when you look at Poland, you’re reminded that cheap labor—while useful to Western European companies that outsource work there—means that people have less money to pump into the economy. On the other hand, California labor unions routinely push to restrict how companies hire and fire their workers. Among Poland’s biggest handicaps are burdensome labor regulations and protections that discourage hiring, firing, and switching jobs. The takeaway: California’s combination of very high wages and more flexible labor markets—features of your economy since the 19th century—help make the state great.

Another big difference involves globalization. California is home to far more global companies than Poland. And California, despite recent declines in immigration, far surpasses Poland in attracting and keeping immigrants. Poland will have to change that if it wants to catch up with places like California economically.

The good news: Polish eyes already have turned to California to try to figure out how the country can improve itself. Late last year, the Polish government even held a Polish American Innovation Week in the Golden State, with events in Los Angeles, San Francisco, Berkeley, and Stanford.

Much of the conversation was about how to build universities, innovative companies, and labor markets that are more like California’s. I dropped by and chatted with Polish Undersecretary of State Katarzyna Kacperczyk, who speaks seven languages and studied economics at Columbia University. I asked her a lot of questions about Poland. She asked me much better questions about California—the kind of questions you get from people who, while they may lag behind, are gaining on you.

I wish Californians thought as much about our European sister as the Poles think about us.