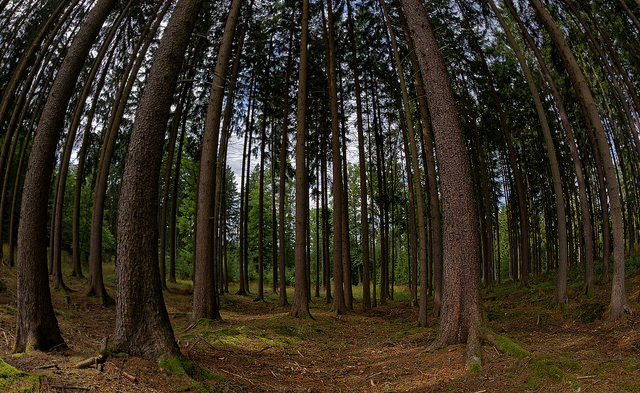 The first time I broke my hand I lied about how it happened. Soccer injury, I told friends who responded with praise instead of concern. My family didn’t even notice. No one thought to stop and question my crooked fingers and out-of-place knuckles.

But I had really punched my bathroom sink out of frustration. I was in high school, and didn’t know how to communicate my compulsions: relentless blinking, retracing footsteps, excessive checking for unlocked doors, uncontrollable hoarding, speaking to inanimate objects, and much more. I knew my thoughts and behaviors were irrational, but I just couldn’t help myself.

When I was 9, I would leave class last so no one would see me rearranging the out of place chairs. At 13, I developed thoughts of having undesired sex with my teachers. And by the time I was 17, my growing obsessions were intensifying unpredictable mood swings. I tried to self-medicate, hiding my parents’ alcohol in my room and stuffing drugs into empty aspirin bottles, but it didn’t work. I abandoned them quickly, obsessing over the idea of getting addicted.

Not everyone understands my compulsions and obsessions, but I’m learning that unmasking is needed for me to heal.

Following other self-harming episodes—like jamming my fist into my bedroom wall and punching my face to clear my mind—I used the Internet to diagnose myself with obsessive-compulsive disorder. I believed it was the most private way I could understand what was going on with me.

I was 19 by then, in my third year of community college, and in the process of applying to transfer to UCLA. Browsing the Internet for OCD information became research for my personal statement about my early struggles with it. I learned that OCD was an anxiety disorder, involving intrusive thoughts that produce uneasiness, fear, or worry (obsessions) and repetitive behaviors aimed at reducing the anxiety (compulsions). I fit the description perfectly.

I researched as much as I could, and even bought myself a few books, including a compilation of creative writings by people who suffer from OCD. I thought I’d feel less alone after finding out that other people had this disorder, but I just felt more hopeless. I recognized my condition, but I didn’t quite understand how to begin to ask questions about it, let alone express myself without fear and embarrassment in order to get help.

When I transferred to UCLA, a new level of anxiety hit me. My first quarter, I was overwhelmed, not only by the rigorous academic life but also by my growing obsessions and compulsions. I was close to dropping out.

Mental health had not been a topic of conversation growing up at both my parents’ home in Del Rey and at my grandparents’ home in the Mar Vista Gardens housing projects, where I spent most of my childhood. We didn’t really know how to share or ask about our feelings and behaviors. My parents, grandparents, and I just kept to ourselves, masking our emotions. I didn’t feel comfortable enough to share my disorder with them.

My family is super social; growing up, every weekend meant a birthday party or a dinner with more than 15 relatives. But I couldn’t participate in conversations because I would be having conversations with myself to ease the thoughts and images invading my mind. As I grew older, I avoided these gatherings so that I could stay at home in isolation.

My family is also deeply religious. And I genuinely feared God. I obsessed about every decision I made, believing that God would strike down a family member if I did or thought something wrong. I’d make up prayers, whispering them everywhere.

Sometimes I obsessed over one thought or image—blasphemy, death, unwanted sex—all day, and sometimes for weeks. It made me irritable. I’d take out the frustration on family members and my girlfriend at the time, but mostly on myself. Intimate relationships were hard.

But so were a lot of things. I’d spend hours in the bathroom, wiping the doorknobs, toilet, and sink handles repeatedly, washing my hands in between. After brushing my teeth, I had to gargle mouthwash for an odd number of times, but if I was washing my face, I scrubbed for an even number of times. Getting dressed was a pain, too. Putting my arms, legs, and head through T-shirt and pant openings caused extreme anxiety. Sometimes I’d imagine I was switching body parts with someone else, usually someone I didn’t want to be associated with. I often felt a sense of disconnection from myself, like I wasn’t physically or spiritually me. It was exhausting and time-consuming.

Playing soccer and creative writing helped some. But at times I was convinced I had an eating disorder, that I was suicidal, that I had multiple personalities, and that I was possessed.

The delay between my first symptoms and my first interaction with a psychiatrist was more than seven years. I never thought about seeking professional help until my mother saw me punch a hole in our family room wall. It sparked a conversation about academic stress and coping that ended with my first psychiatrist’s appointment. I was 21.

My first session felt like I was going to a church confessional. It was uncomfortable. I didn’t say a lot. The first few sessions didn’t help much, though I did receive prescriptions for Prozac, which helped reduce my anxiety.

I understood it was going to take some time, but after three months of weekly sessions, I still didn’t feel that I was making progress. Sometimes I withheld things from my psychiatrist. I didn’t know how to express what I was feeling because I grew up masking my emotions. I jumped around, seeing different people through our family insurance and through UCLA’s psychological services. It was eating both my time and my money—$25 for each one-hour session, plus parking and gas. So I stopped.

At the beginning of my second year at UCLA, I enrolled in a free group course in mindfulness, which helped me calm my anxiety in a variety of situations. The exercises taught me about being present in the moment, and acknowledging and accepting all my emotions, thoughts, and bodily sensations. It wasn’t necessarily for OCD, but I used the techniques to manage it.

At 23 years old, I’m still learning how to deal with my OCD. You’d never imagine what I went through on a daily basis. Today I’m much more composed, with my obsessions and compulsions taking over less of my life. I’ve also met other people with their own mental health struggles, which have moved me to open up.

I’m working on getting off my medication and opening up to family about my experiences. Not everyone I talk to understands my compulsions and obsessions, but I’m learning that unmasking is needed for me to heal. And in the process, those around me may also be moved to open up—collectively breaking down a culture of suffering in silence. Though I have an individual disorder, I’m learning that my OCD journey doesn’t have to be alone.