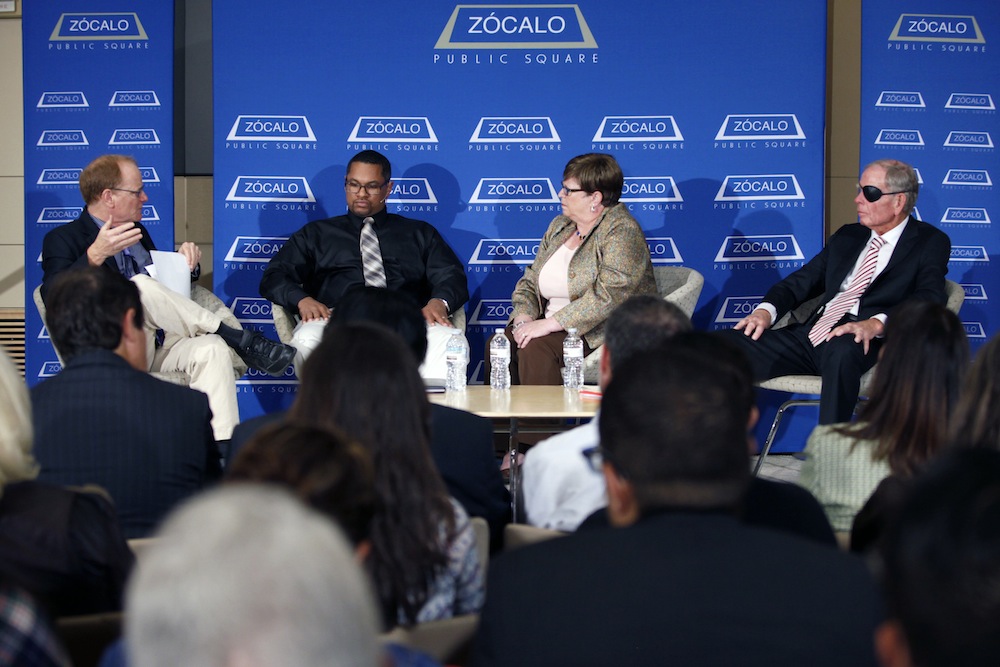 After decades of building prisons and increasing the number of people behind bars, the pendulum of California’s criminal justice system has swung away from incarceration. Among the policies and laws that are changing the way offenders are sentenced is Proposition 47, which was passed in November 2014, and redefines six nonviolent felonies as misdemeanors. About 1 million Californians are being affected by this legislation—getting felonies cleared from their records, being resentenced, and in some cases getting out of prison earlier than expected. At an event co-presented by the California Endowment, Santa Clara County Superior Court Judge Stephen V. Manley, Los Angeles Regional Reentry Partnership Executive Director Peggy Edwards, and Project Rebound Director Jason Bell told a full-house crowd at the Endowment’s downtown L.A. headquarters how Proposition 47 is changing the state’s approach to criminal justice and, more broadly, the challenges faced by prisoners upon reentry to society.

Edwards said that the first months of Proposition 47 have raised a number of questions that are slowly being answered. But the law is being received with a great deal of excitement among people with felony convictions, many of whom “are chomping at the bit” to be resentenced. Getting a felony conviction off your record clears ex-offenders to receive public housing and employment support.

Andy Furillo, who covers crime and punishment for The Sacramento Bee and served as the evening’s moderator, asked Judge Manley to talk about what kind of sanctions work to prevent recidivism in the offenders he sees in drug court.

“I have never found that punishment works at all” in motivating people, said Manley. The question is, “how do you motivate someone to do something they may not want to do?” The threat of state prison isn’t helpful, he said. Rather, people need “multiple chances”—and “six to seven rewards for every one sanction.” People do better in their lives if you encourage them rather than holding the threat of jail over their heads, he said.

So what do you offer in lieu of sanctions?

Support services, said Edwards. Substance abuse counseling and mental health and legal services. The challenge is getting the money allocated for those services and making sure it’s well spent.

Manley added that many of the people he sees in court again and again are drug abusers and the mentally ill; their underlying issues need to be addressed in order to keep them out of prison. He said that Proposition 47 has not, in his view, allocated enough money to this end, but if California stops building jails and puts the money into treatment, recidivism will decrease. “The legislature likes to score savings ahead of time to justify spending money,” said Manley. But they need to save and spend simultaneously to make real progress.

Turning to Bell, who works to get former prisoners a college education, Furillo asked if offenders are aware of the changes in California’s criminal justice system and the public’s shifting perception of prison’s role.

For the most part, no, said Bell. A lot of people in the prison system develop “a sense of learned hopelessness.” However, there is excitement among some offenders about Proposition 47, especially among people who have committed crimes like writing bad checks, which is one of the redefined felonies. Most of these offenders should not have been in prison in the first place, said Bell. They “have no business” being incarcerated alongside people serving 300-year and double life sentences. He pointed to a prisoner serving time for a drug conviction who earned a life sentence “for survival reasons.” That’s not healthy, said Bell. Changing laws are offering people a shot of not being considered felons—and these people in particular know how much is riding on their reentry.

Bell said the most successful ex-offenders he works with are between 25 and 60 years of age; they’re not looking back, while younger people need more time to figure things out. He also has a great deal of success with prisoners with longer sentences. They are coming back to society at a completely different time in their lives, said Bell—and have a 1 percent recidivism rate as a result.

Manley agreed, adding that research shows that the “biggest bang for the buck” comes from working with those offenders who are at the highest risk for reoffending and have the most need for services.

“We don’t do a good job when we simply say, because we gave someone eight years in prison, we solved the problem with that person,” he added.

In the audience question-and-answer session, Edwards was asked to delve into the most important questions raised by Proposition 47.

She said that complex legal questions—expungement versus reclassification of certain crimes, processing offenders with multiple convictions—are still being worked out. And then there are policy questions: How easy should it be to get a felony reclassified? How do you reclassify people and make sure they still receive the same services?

Bell was asked what on-the-ground problems he’d like to see addressed. He said that one problem is that the groups that have built many of California’s prisons are now getting involved in reintegration. He also said that there is a great need for transitional housing, particularly for women being released from prison. 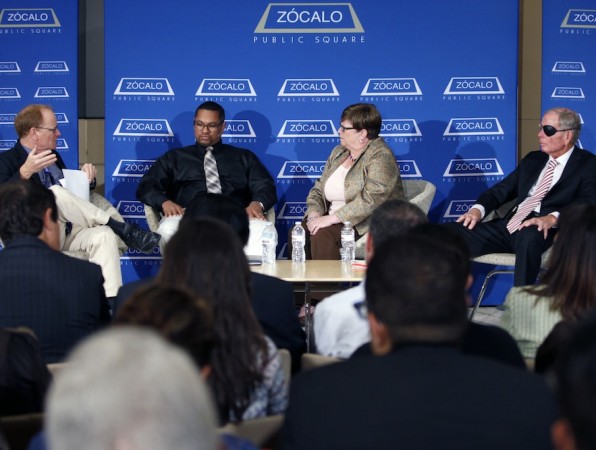 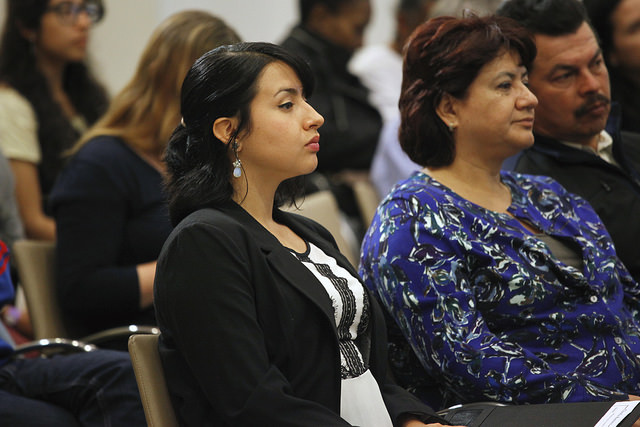 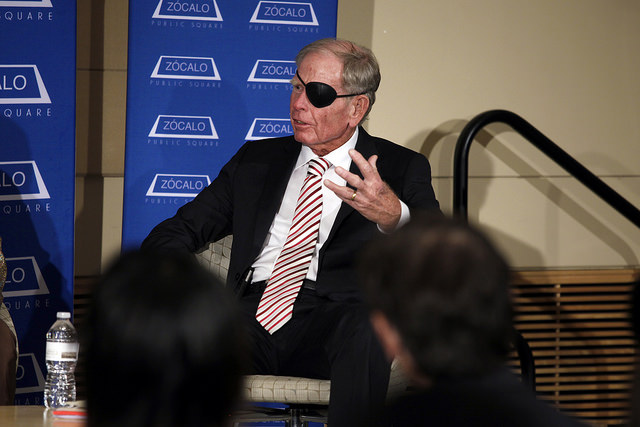 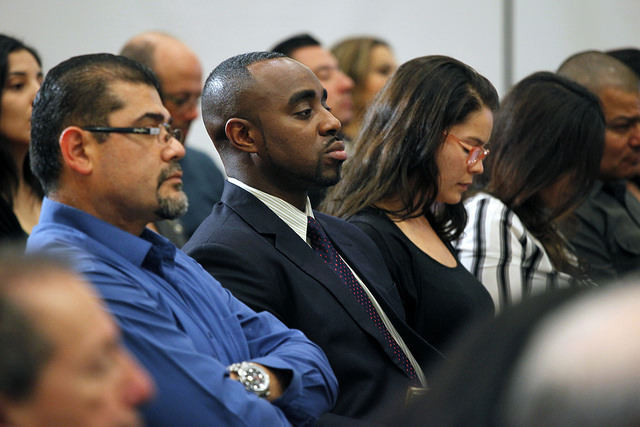 Audience members at the California Endowment 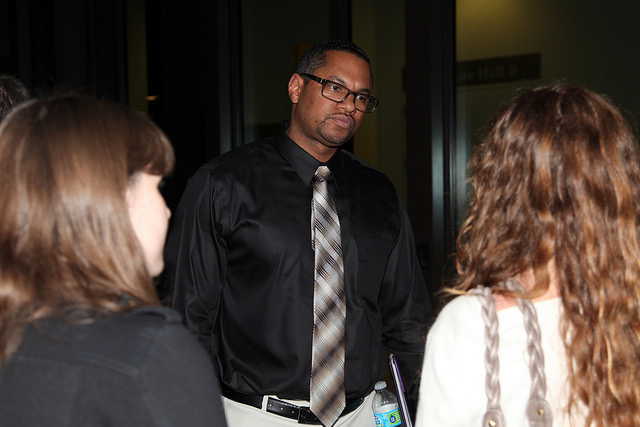 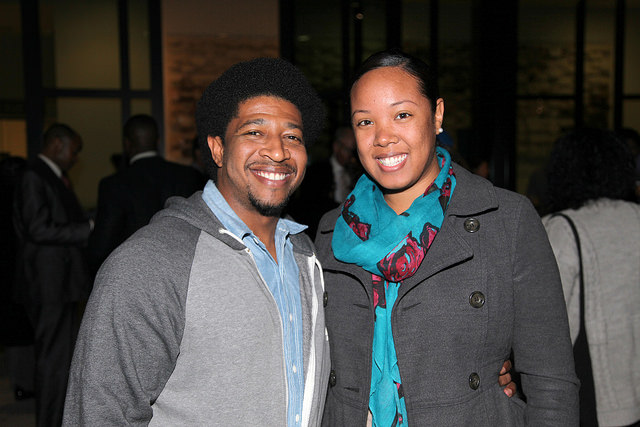