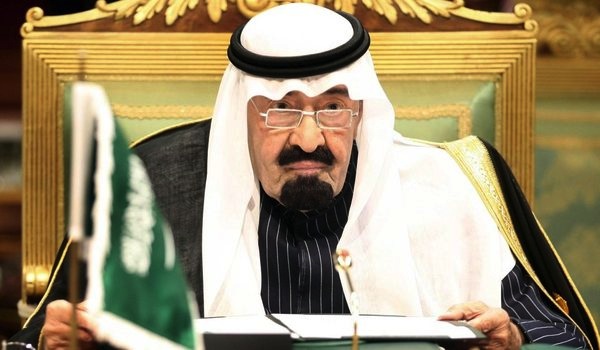 This is how some Saudis refer to the smooth transition of power after our king, Abdullah bin Abdulaziz al Saud, died on January 23, 2015. After ruling for 10 years, King Abdullah, 91, was succeeded by his half brother, Crown Prince Salman, 79.

One of us (Talal) remembers seeing discussion of King Abdullah’s death on Twitter, late at night on January 22. The thought made him sad, but Talal consoled himself by remembering that these were just rumors. By the time he woke up the next morning, there had been an official statement, and the breakfast conversation was quiet and serious. To us, Abdullah was a great example of how to uphold tradition while also acknowledging the need to adapt to modern changes.

Abdullah was known in our country as “the humane king” in part because during his reign, which started in 2005, women began to gain some rights. One of his major reforms was the right to work. Before King Abdullah, some women had been able to work in specific jobs as doctors or teachers. Female teachers interacted only with female students, and there was an urgent need for doctors of any kind in the country.

There was a huge controversy in our country over whether or not women should be allowed to have work opportunities in more than the health and education sectors in the years leading up to King Abullah’s decree in 2011. Most of the extreme Islamic sheikhs and religious leaders opposed this reform, claiming that Islam forbids women from interacting with foreign men—that is, men who are not their fathers, husbands, or brothers. They believed that if women were given more job choices, interaction with foreign men would be inevitable. However, this stance was strongly opposed by a more liberal faction, which claimed that Islam does not forbid the adaptation of some of its rules to suit changing circumstances.

We believe King Abdullah was fair in allowing women to work with some restrictions, such as gender separation in workplaces. King Abdullah agreed to the limits in order to suck the anger out of Islamic extremists over women working, and in all likelihood rules mandating workplace gender separation will diminish in coming years. In fact, even though the restrictions are strictly in place in conservative regions such as Riyadh and Al Qasim, this restriction is often ignored by some shops in other areas of the country, like Dammam, Jeddah, and Al Khobar (where we live). We have seen women selling cosmetics at Sephora and ringing up customers as cashiers in big supermarkets without interference.

King Abdullah also allowed women to join the Shura Council, an important government advisory body, for the first time in 2013. It’s interesting to note that 20 percent of the council is now made up of female representatives—exactly the same percentage as the U.S. Senate. Today, the women on the Shura Council are working on creating more equality between women and men in our country. The first regulation they passed, which was agreed upon by the majority of the council, gave women the right to take out loans to buy real estate without the consent of a male guardian.

These actions have changed the prospects for young women. One of our sisters is very talented in mathematics, but in high school was very pessimistic about being allowed to attend college. She wasn’t sure what she would do with her education afterward. But now she is in college studying finance and hoping to be financial planner.

Of course, there remains much more room for change. The whole world knows that Saudi Arabia is the only country where women are not allowed to drive. Staunch conservatives don’t want them to gain this right because they believe it would violate the separation of genders that dates back to Prophet Muhammad’s time. Such extreme thinking is still very much alive in the minds of many of the conservative sheikhs of Saudi Arabia, who can easily mobilize their congregations. And although King Abdullah promised that women would gain the right to drive, he delayed delivering on that vow, probably because he did not want to further alienate the same conservatives who already opposed his push to allow women in the workplace.

We are taught Islam starting in grade school—and Islam has a great influence on the Saudi people. Parents are usually strict about teaching their children religious rules; shops close when it is time to pray. However, we believe that when religion is misinterpreted, or over-interpreted, the results can be catastrophic. In Islam, we have two prime sources of legislation: the Quran and the Hadith, which is what Prophet Muhammad said in his lifetime. The problem with our Saudi education is that it teaches religion by focusing on the interpretation of scholars who died more than 1,000 years ago, such as Ahmad Bin Hanbal (who lived from 780 to 855 A.D.). Those people lived a life that differs dramatically from ours. In their world, women did not need to work or drive; nor could they, for that matter, access the Internet on their phones.

School textbooks were a particular target of many of King Abdullah’s reforms. For example, we remember that for a religious subject called Tawhid, our books contained an entire chapter on the need for jihad against unbelievers. That chapter did not reflect the true Islam, which encourages those who follow it to promote peace in the world. This chapter has been entirely removed. We hope that during King Salman’s rule, an aspiration for world peace will become a standard part of the curriculum.

King Salman seems to be carrying on some of the changes King Abdullah got rolling. But he faces a difficult path. Saudi Arabia’s future will only be a bright one if our country can adapt to the rapidly changing world without being pulled apart by our internal divisions. And so the only way for our leaders to secure this future is by continuing to change things gradually, step-by-step, advancing our society without getting too far ahead of it.

Saudi Arabia has been criticized for our slow pace of change. But in Saudi Arabia, angering conservative sheikhs has very real consequences, and we have seen what happens when Islamists become dissatisfied. In Egypt, alienating fundamentalist Islamists led to the rise of the Muslim Brotherhood, and in Iran, the shah’s speed in moving to modernize society triggered an Islamist revolution that brought Ayatollah Khomeini to power, and all that followed. These are our cautionary tales.