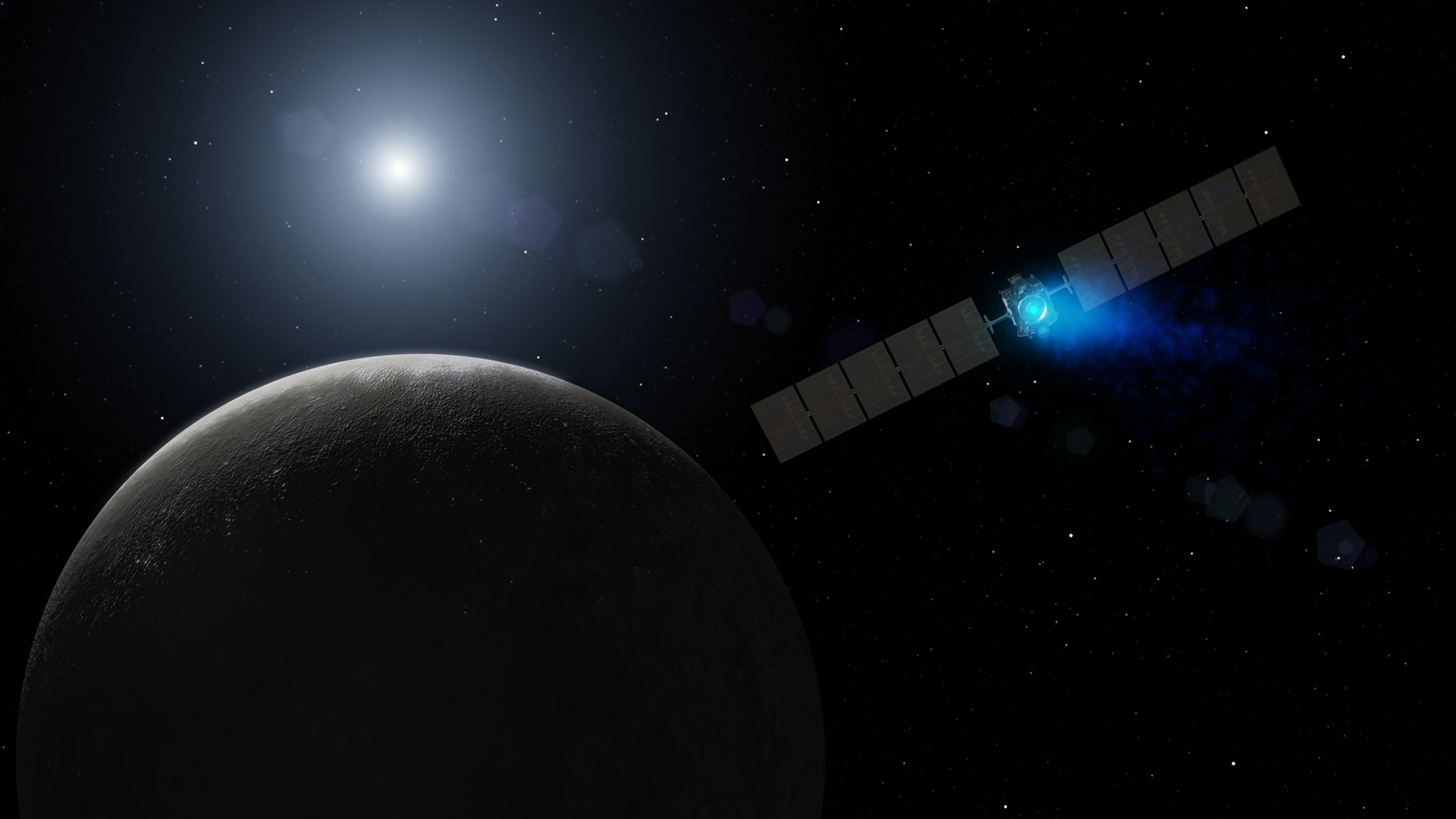 I have been in love since the age of 4. The object of my lifelong passion is the universe, which I first recognized when a meteor streaked through the sky over my home in Toledo, Ohio. At 12, I had my first encounter with dwarf planet Ceres, gazing in delighted wonder at a faint dot of light amidst the stars in my small telescope. It had never occurred to me that many years later I would be responsible for the first spacecraft to explore that mysterious, distant orb.

But now, as mission director and chief engineer of NASA’s Dawn mission, I am actually getting to see that alien world up close and help reveal its secrets to our world. On March 6, 2015, Dawn will gracefully slip into orbit around Ceres.

If you haven’t heard of Ceres, it’s time you did. It’s not one of the eight familiar planets, which are the celebrities of our solar system. It is designated a “dwarf planet” because it has not cleared its neighborhood of other bodies that orbit the sun. But what it lacks in status, it makes up for with the stories it can tell us about the history and nature of the solar system.

The planets Mercury, Venus, Earth, Mars, Jupiter, and Saturn were known to ancient sky watchers. The discovery of Uranus in 1781 reflected a new and sophisticated scientific understanding that there could be previously unknown planets.

Even before that discovery, astronomers had wondered about the gap between Mars and Jupiter and speculated about the possibility of a planet there. Although some astronomers had searched, their efforts had not yielded a new planet until Giuseppe Piazzi became the first person to see Ceres, spotting it through his telescope on January 1, 1801. He named that unfamiliar dot of light wandering among the stars after the Roman goddess of agriculture.

It was evident to Piazzi and his contemporaries that because Ceres was fainter than the other known planets, it must be smaller. Nevertheless, many astronomers did consider it to be a planet.

In the six years following the discovery of Ceres, three more small planets were detected orbiting between Mars and Jupiter. (One of them is Vesta, now known in exquisite detail thanks to Dawn’s earlier investigations there.) It would be more than 38 years before another was found, so for well over a generation, the sun’s family of planets was unchanged.

Then, in 1846, the large planet Neptune was discovered beyond Uranus. With scientific knowledge and technology progressing in the middle of the 19th century, additional objects were glimpsed between Mars and Jupiter. As more objects were seen through the second half of the century, astronomers gradually recognized what we now know as the main asteroid belt. Ceres lost its status as a planet in much the same way the former planet Pluto did when astronomers began detecting other objects in its region of the solar system at the end of the 20th century. 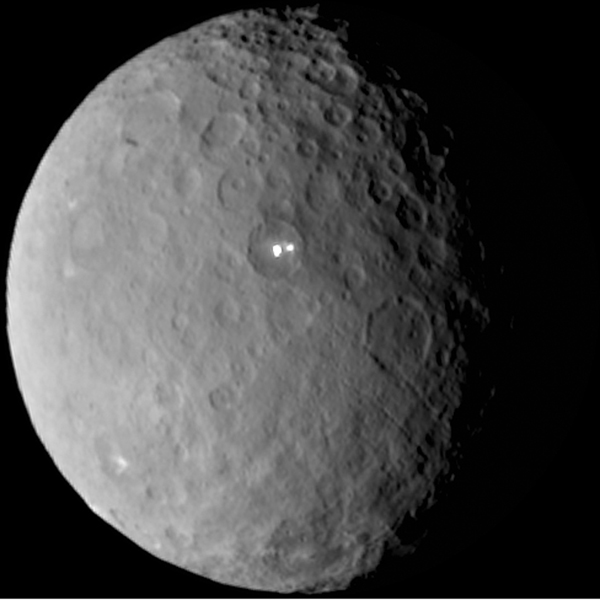 But celebrity is not necessarily a good measure of value, and Ceres has a special importance. It is entirely different from typical residents of the main asteroid belt. It is a colossus! There are millions upon millions of asteroids there, and yet Ceres itself contains roughly 30 percent of the mass in that entire vast region of space.

With an equatorial diameter of 600 miles, the surface of Ceres could cover more than a third of the continental United States. It is the largest body between the sun and Pluto that a spacecraft has not yet visited.

Courtesy of Dawn, Earth is about to be introduced to a fascinating and expansive new world, with a diversity of marvelous sights to behold. The Dawn team worked with the International Astronomical Union to formalize a plan for naming the new features on Ceres that we are starting to see there—craters, for example, will be named for gods and goddesses of agriculture and vegetation from world mythology.

One particularly exciting characteristic of Ceres is that data from the Hubble Space Telescope and other sources indicate the dwarf planet is composed largely of rock and ice. It may even conceal oceans of liquid water deep beneath its surface and perhaps other essential ingredients for life. We cannot help but wonder what secrets this world holds.

But what we’re really looking for at Ceres are clues about what it was like almost 4.6 billion years ago, at the dawn of the solar system. (Get it? This quest is called Dawn.) Ceres and Vesta are large remnants from the epoch of planet formation, their growth stunted by Jupiter’s powerful gravity. They are the two most massive residents of the asteroid belt and are surviving building blocks of planets. To us, they are time capsules.

It is no small feat to explore both Vesta and Ceres on one trip. Dawn is about to become the first spacecraft ever to orbit two extraterrestrial destinations, thanks to its uniquely capable ion propulsion system, which electrically accelerates xenon (a chemical cousin of neon and helium) propellant for thrust. While the idea for ion propulsion was made famous in science fiction, including Star Trek (I first heard of it from Mr. Spock) and the Star Wars’ TIE—twin ion engine—fighters, this is scientific fact.

Ceres has beckoned for more than two centuries. Now, finally, an ambassador from our planet is about to take up permanent residence there. On its approach, the spacecraft has already delivered the best pictures ever taken of the dwarf planet, and the views will improve throughout this year as the robotic explorer spirals closer and closer. In addition to photographing the alien landscape, Dawn’s sensors will reveal the 3-D topography, the minerals on the surface, many of the atomic constituents to a depth of a couple of feet, and even the distribution of mass deep within the interior.

Another NASA mission, New Horizons, will be swinging by Pluto a few months after we arrive at Ceres. Together, they will give us our first up-close looks at dwarf planets, which scientists now think are the most common kinds of planets in our solar system.

Those who, like me, have ever gazed up at the night sky in wonder and longed to know the cosmos, may be humbled by their own insignificance in the universe. Yet we still undertake valiant adventures in our attempts to comprehend its majesty.