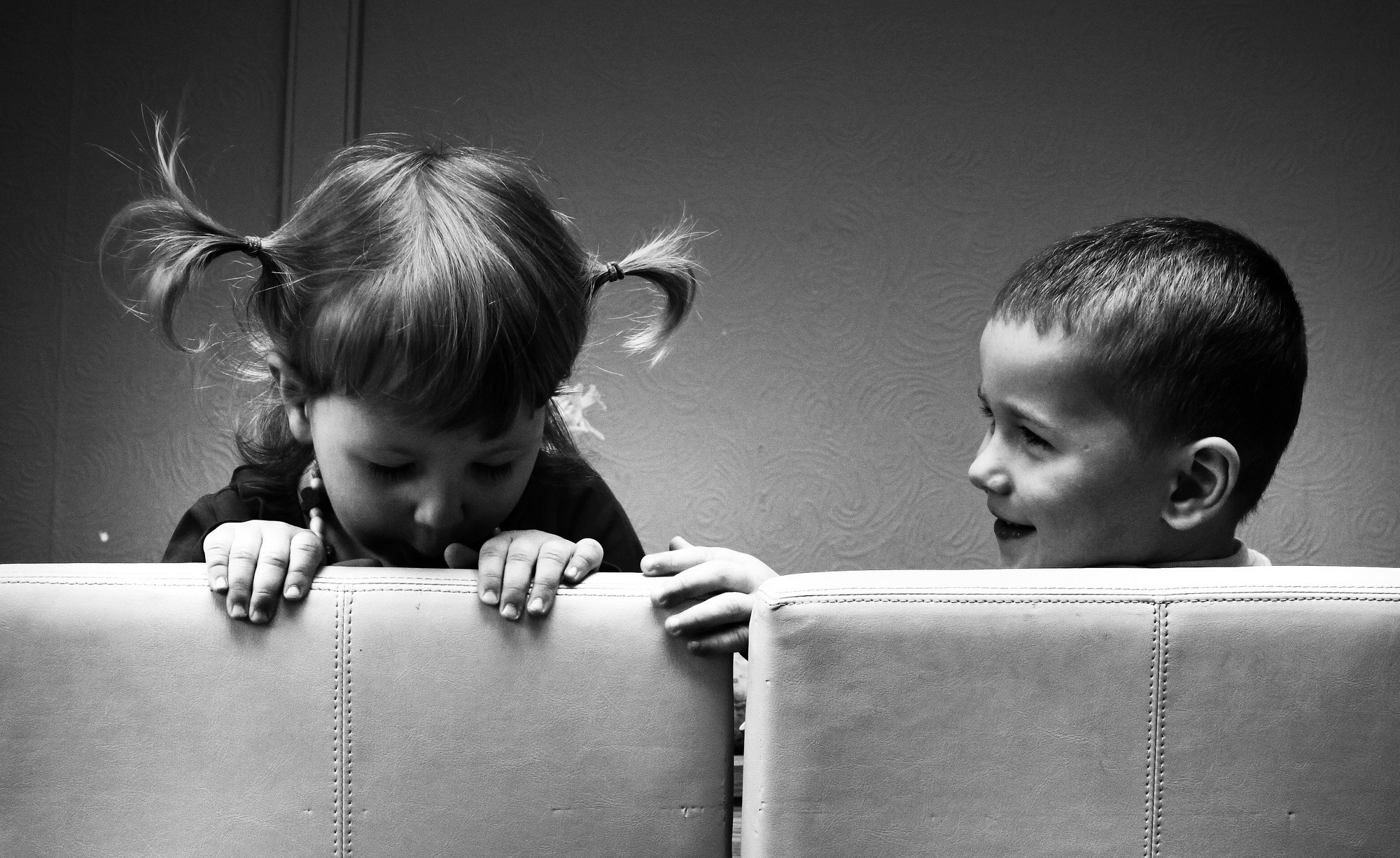 Why do we laugh? The obvious answer is because something is funny. But if we look closer at when and how laughter occurs in ordinary social situations, we see that it’s not so simple. For example, speakers tend to laugh more than listeners, and when people laugh together, often nothing was said at all. Depending on the context, laughter can mean all sorts of things, positive and negative. Like most aspects of human behavior, laughter is complicated.

Scientists are learning about not only the ways in which people hear and categorize laughs, but also how human laughter relates to similar vocal behaviors across the animal kingdom. We have now uncovered many clues about the origins of this fascinating and ubiquitous behavior: While laughter might seem on the surface to be about jokes and humor, it turns out that it’s really about communicating affiliation and trust.

And then it gets tricky.


If you slow down a “real” laugh about two and half times, the result is strangely animallike. It sounds like an ape of some kind.

In one line of research in my vocal communication lab at UCLA, we have been playing recorded laughs to listeners and simply asking them, is this laugh “real” or “fake”? The question is intuitive and easy for everybody to understand, including people from all over the world. Our recorded laughs were taken either from real conversations between friends in a laboratory setting, or they were produced on command, also in the lab. As we expected, listeners were able to tell the “real” laughs (which we call spontaneous) from the “fake” laughs (which we call volitional) about 70 percent of the time. But people definitely made mistakes, and at a rate that was a little surprising. In our initial experiment, people thought fake laughs were real about a third of the time. So why are people falling for the fake laughs? Before we can answer that, we need to address where laughter came from in the first place.

Laughter in humans likely evolved from play vocalizations in our primate ancestors. We can be reasonably sure of this because we can see related vocal behaviors in many primate species today, as well as in other kinds of animals like rats and dogs. Scientists have described these play vocalizations as evolved from labored breathing during play. When animals engage in rough and tumble play fighting, for example, they get tired, and they also signal to one another they are playing. For instance, if during the play one animal bites another, it could be taken as an attack—but if they signal while panting that they are just playing, the play can continue without being interrupted by an unnecessary real fight.

So how does this relate to human laughter? By looking at the similarities and dissimilarities between various traits in different species, and then incorporating what is known about the evolutionary connection between those species, we can make fairly certain estimates about how old a trait is, and how it has changed over evolutionary time. The main thing that has changed with human laughter is that our laughs have become longer, and relatively more voiced. This basically means that the sound has more of a tone, including the stereotyped vowel sounds we all know: The human “hahaha” was born. Of course, human laughter can be composed of many sounds, including snorts, grunts, and hisses. But when we produce the classic “hahaha,” complete with vowels and a lot of energy, it sounds happiest, and people think it is most friendly. When we make this sound, we are essentially revealing the action of an ancient emotional vocal system shared with many species, and that has important consequences in how people appraise a laugh, and the laugher, at that moment.

When we laugh with our friends, we are usually having fun. Laughter triggers the release of brain endorphins that make us feel good, and it reduces stress. There is even evidence that we experience a temporary slight muscle weakness called cataplexy when we laugh, so we could be communicating honestly that we are unlikely (or relatively unable) to attack. But laughter is not always made in fun, and can actually be quite hurtful in some circumstances, such as contexts that involve ostracism and social alienation. Genuine laughs between friends directed at an outsider can be threatening, and even done in jest toward a specific in-group target can be hurtful (e.g., teasing). This shows that laughter is a powerful signal with huge communicative flexibility.

We were laughing before we were talking, and along with crying, screaming, gesturing, and other nonverbal signals, our hominin ancestors probably put on quite a vocal show before language evolved. But we did eventually learn to talk, and in doing so we developed fine control over our breathing to regulate it for speech, and better motor control over our larynx (also known as the voice box), lips, and tongue. These innovations afford us the ability to be vocal mimics. As this skill developed for speech production, the ability to imitate other non-speech sounds came rather quickly. Suddenly, the fake laugh was born, as was the fake cry, scream, and orgasm, among other sounds. There are many contexts in which laughter might be appropriate, and even advantageous to produce, but the emotional trigger simply isn’t there—so what do we do? We often try and make the sound anyway, and apparently with some success.

So a fake laugh is basically an imitation of a real laugh, but produced with a slightly different set of vocal muscles controlled by a different part of our brain. The result is that there are subtle features of the laughs that sound like speech, and recent evidence suggests people are unconsciously quite sensitive to them. For example, if you slow down a “real” laugh about two and half times, the result is strangely animal-like. It sounds like an ape of some kind, and while it’s hard to identify, it definitely sounds like an animal. But when you slow down human speech, or a “fake” laugh, it doesn’t sound like a nonhuman animal at all—it sounds like human speech slowed down. We put this observation to the test with slowed down versions of the laughs we used for our first experiment, and found out that when we asked people whether a slowed laugh recording was a human or nonhuman animal, they couldn’t tell with the real/spontaneous laughs, but they could tell that the recordings of fake/volitional laughs were of people.

We can detect parts of a laugh that are hard to fake—and that part has to do with the control of our breath. The ability to be a good faker has its advantages, so there has likely been evolutionary pressure to fake it well, with subsequent pressure on listeners to be good “faker detectors.” Imagine your attempt to pretend you get a joke, or your forced chuckle during a job interview. This “arms race” dynamic, as it’s called in evolutionary biology, results in good fakers, and good fake detectors, which seems to describe the current situation as evidenced by many recent studies, including my own.

We’ve learned that the reasons we laugh are as complicated as our social lives, and relate closely to our personal relationships and communicative strategies. One focus of researchers now is trying to decipher the relationship between specific sound features of our laughs—from loud belly laughs to quiet snickering—and what listeners perceive those features to mean. For someone studying the evolution of human communication, there are few things better to study. And it’s no joke.