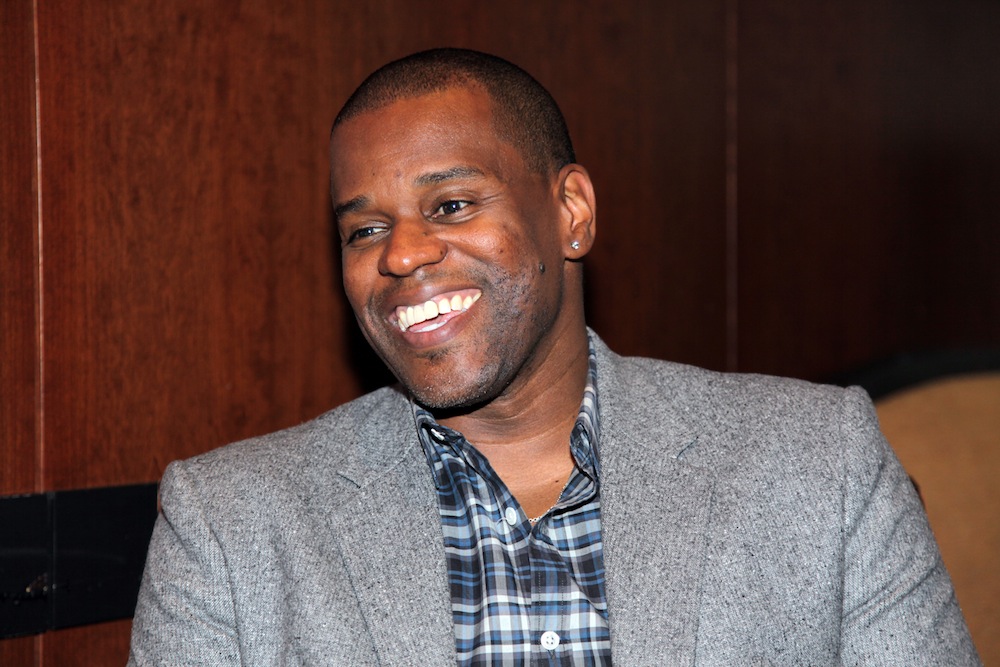 Brian Dobbins is executive producer of the TV show Black-ish and a talent and literary manager at Principato-Young Entertainment. Before participating in a discussion on diversity in Hollywood, he explained in the Zócalo green room why his fondest childhood memory is of the 13 weeks he spent in a body cast—and shared his hidden talent for backflips.

What’s the strangest thing in your refrigerator at the moment?

The 13 weeks I was in a body cast. I broke my femur when I was 12 years old, and I was in traction in the hospital for five weeks, then I was in a body cast for 13 weeks. So I was by myself quite a bit. My grandmother sent somebody to look after me for the day. I was not in school. And I think I learned a lot about who I was, even at that age. It’s sort of—I don’t want to call it bittersweet, but there was an interesting byproduct from having this kind of severe physical injury. I think I grew a lot emotionally.

When did you last get a traffic ticket, and why?

[Knocks on wood.] It must’ve been 1994. I was speeding on Rose Avenue in Venice.

Who is your favorite character on Black-ish?

Oh, you can’t ask me that. I represent two of the leads, so …

Drifting off in conversation.

You were an English major at UCLA. What was your least favorite book that you had to read for class?

I’m a great driver. [Knocks on wood again.] I can also do a backflip.

What reality TV show would you be on?

What’s your favorite plant or flower?

What book have you re-read the most?

That’s a good question. There are a few that I always go back to. The 4-Hour Body by Timothy Ferriss.