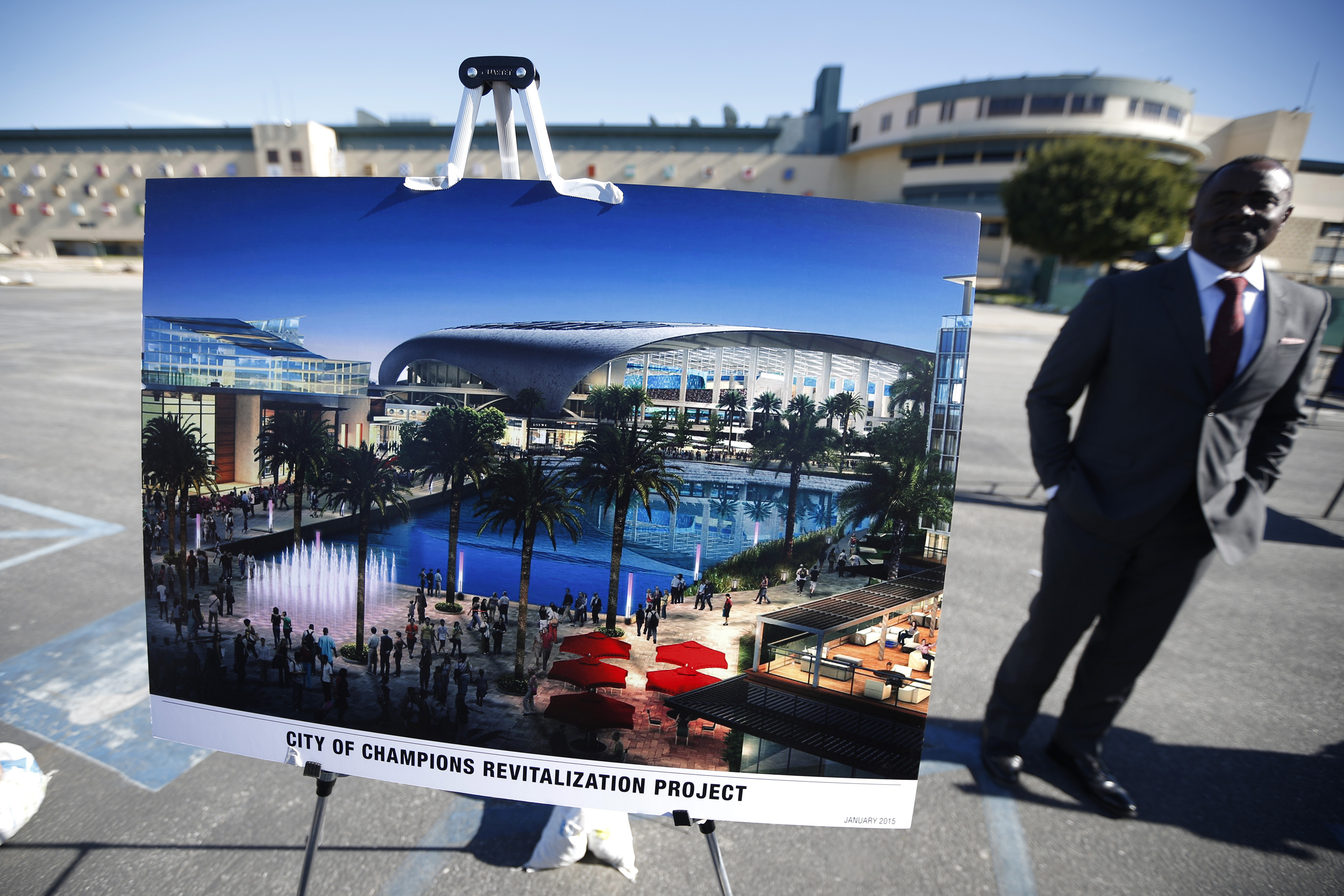 To live in Inglewood is to live constant change. In my lifetime, I have seen the Forum transformed from championship basketball venue to mega church to top concert destination.

Residents of Inglewood have big and persistent dreams for the place they call home and raise their children. This is true of most cities, but the latest changes in Inglewood may finally put those dreams within reach.

As a child, I heard stories from neighbors and relatives about a time when African-Americans were not allowed in Inglewood—from the city’s incorporation in 1908 until the mid 1970s, a person of color who entered the city after sundown might not make it out all in one piece. That was hard for me to imagine growing up in Inglewood in the mid-’80s and ’90s. My classroom at Bennett-Kew Elementary School was made up of black, white and Latino students, as well as recent immigrants from Tonga, Ethiopia, and Belize.

My parents are college-educated professionals who moved to the city in the 1980s and took great pride in owning a home in Inglewood. They told me about how, in decades prior, Market Street was a bustling city center with department stores, restaurants and theaters. To my young ears, these were tales of a city I never knew. By the time I came of age, Market Street was a row of empty stores and Century Boulevard was a mile-long stretch of vacant lots that led to motels, strip clubs and eventually LAX.

During the ’90s, there was a big push to put a Wal-Mart on that vacant land on Century Boulevard, but Inglewood residents rallied together to say no. People opposed the development because they dreamed of an Inglewood with greater retail diversity than Wal-Mart could provide. People wanted those empty lots to be filled with a range of stores, not just one megastore in the middle of nothing. Those dreams came true. I went away to college on the East Coast in 2000 and when I returned to Inglewood four years later, Century Boulevard had transformed from desert to retail oasis.

The city saw another transformation in January 2014 when the Fabulous Forum reopened after being closed to the public for over a decade. The $25 million remodel played up the classic art deco style of the building and reverted the exterior to its original vibrant red. Over the first year after this change, the Forum held twice as many concerts as Staples Center and hosted everything from inspiring talks by the Dalai Lama to the MTV Music Video Awards.

There is buzz around town about Inglewood as an entertainment and arts center to rival Downtown Los Angeles. LACMA held its film lab last summer at the Inglewood Public Library. The city was also named 2014 “Neighborhood of the Year” by Curbed LA, and was featured on the cover of the Los Angeles Business Journal as a great city to start and grow a business.

Inglewood has become an attractive place for creative types to live and work—especially artists who see Culver City, Venice, and even Downtown L.A. as too crowded and overpriced. Inglewood Open Studios has taken place every November for eight years, with artists across the city opening their studio doors to the public for a weekend. Recently, artists have created thrilling workspaces behind the doors of long-ignored buildings that were once storage facilities and car dealerships. In 2013, the city launched the Inglewood Growing Artists Projects. Every year, three artists are awarded a cash prize and contract to create public art to benefit the city.

Then there’s the stadium project, which is the largest undertaking in the city’s history. Land on Century Boulevard and Prairie Avenue, the site of the recently demolished Hollywood Park racetrack, would become a nearly 300-acre world-class sports, retail, and residential complex. The project will include a 6,000-seat performance venue, retail and office space, a hotel, 2,500 residential units, and 25 acres of public parks, playgrounds, and open space, in addition to pedestrian and bicycle access.

In February, an 80,000-seat football stadium was added to the project by unanimous vote of the Inglewood City Council. Thirty-five percent of all stadium jobs will be reserved for Inglewood residents, which will bring new jobs to a city with an unemployment rate of over 9 percent. Local businesses are also set to benefit from a city-approved provision that requires construction to include the participation of at least 30 percent minority/disadvantaged business enterprises.

Of course, some in Inglewood fear that the new development will tarnish our small town charm, and make it mirror the overcrowded Westside cities nearby. Some are wary of the horror stories of cities building stadiums to encourage economic boosts that never come. Abandoned stadiums become a shrine to a failed idea. Taxpayers are then left with great financial burden while stadium developers and team owners walk away scot-free.

It appears that the Inglewood Stadium initiative is different. The recently passed initiative modifies zoning of the currently green-lit Hollywood Park Forever project to allow for the building of an 80,000-seat stadium funded completely by private capital. Developers will be fully responsible for all necessary adjustments to public infrastructure, such as sewers and sidewalks. They must also invest in public infrastructure to support the traffic that will be coming into the city. Reinforcements and updates for sewers, streets, and lighting will be necessary to make the project successful.

As of now, most Inglewood residents are hoping for the best. Hoping that this new development will bring an upgrade to quality of life in the city.