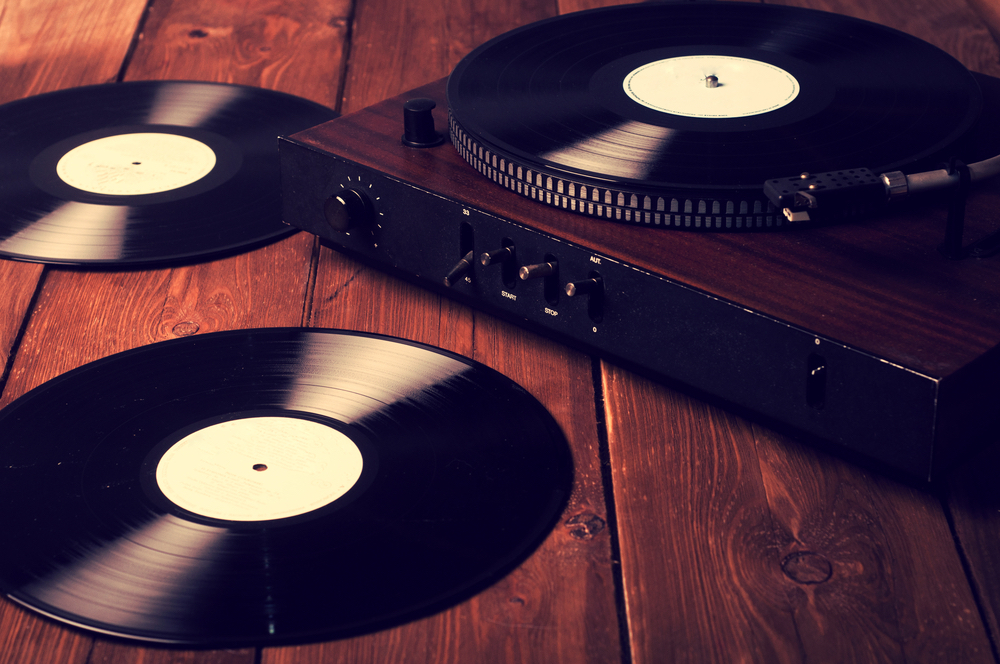 The Great American Songbook isn’t really a book. Rather, it’s a notional collection of several hundred pop songs. The precise identity of the songs varies according to who is doing the collecting, but in almost all versions the bulk of them were composed, starting in the 1920s, by a small (almost all male) group of composers and lyricists including George and Ira Gershwin, Cole Porter, Irving Berlin, Richard Rodgers (teaming first with Lorenz Hart and later with Oscar Hammerstein, II), Harold Arlen, Johnny Mercer, Duke Ellington, and a few dozen more luminaries.

The songs—sometimes called “standards”—came out of Broadway shows, Hollywood musicals, and small warren-like offices in a few Times Square office buildings, known collectively as Tin Pan Alley. It’s commonly agreed that they represent the pinnacle of American popular music, but it’s a little more difficult to pinpoint their common characteristics. The composer Jule Styne, who came on the scene in the 1940s, once said great popular songs had to be “melodically simple and harmonically attractive.”

These songs meet those requirements, and extend even further. They’re sophisticated (in more than one sense of the word). They’re constructed with superior craftsmanship and, in some cases, remarkable innovation and artistry. The jazz pianist Bill Charlap described a great pop song this way: “It has an innate sense of structure. There are rests, points of emphasis, and overall balance and taste. It’s so pliable, and very American.” The best songs of the era have lyrics that rise to the occasion and are wedded to the melody.

In the late 1940s and early ’50s, there was a widespread sense that the once powerful flow of great songs had slowed to a trickle. The great jazz bands that brought the songs to the masses were breaking up, and stepping into the breach were singers—Perry Como, Doris Day, Eddie Fisher, Teresa Brewer, and others—who mostly offered simple ditties and sentimental ballads. Hollywood had pretty much stopped making musicals. Some great tunes were still coming out of Broadway, but there were fewer shows, and they tended to concentrate more on theme and character than on stand-alone songs. And Tin Pan Alley (or so it seemed to older songwriters) was turning out inane novelty numbers and hillbilly hokum.

These trends seemed to reach a head in 1953. The smash hit of the year—number one on the charts for eight consecutive weeks—was a simplistic and infantile jingle whose refrain was, “How much is that doggie in the window?” The song was written by a Tin Pan Alley veteran named Bob Merrill who specialized in novelty songs, many of them vaguely regional or “ethnic.” There was one called “If I Knew You Were Comin’ (I’d’ve Baked a Cake),” another called “Feet Up (Pat Him on the Po-Po),” and another, “Oooh, Bang, Jiggily Jang.” The following year, his geographically puzzling “Mambo Italiano” would become a hit for Rosemary Clooney.

Note that at this point, Elvis Presley had not yet stepped into the Sun Records recording studio in Memphis, and the term “rock and roll” would have drawn a blank look from most Americans. So it wasn’t rock that was doing a number on the Great American Songbook. But what was it? The transition was so obvious, so troubling, and so mystifying to old-line songwriters that in 1953, 34 of them sued the radio networks and the major record companies for $150 million. They alleged a conspiracy to keep their classic songs from being heard.

There was no conspiracy; after wending its way through the courts for 18 years, the suit was dismissed. What was in fact occurring was a sea change in taste, and an opening-up of American pop music. As great as the Great American Songbook was, its preeminence during the 1920s, ’30s and ’40s meant that a whole range of other sounds wasn’t getting wide exposure. In particular, records by African- Americans and by white musicians who created what would later be classified as “country music”—then it was called “hillbilly”—barely ever aired on national radio, and thus didn’t sell in substantial numbers. Of course, Great American Songbook composers like George Gershwin, Harold Arlen, and Cole Porter were greatly influenced by African-American jazz. In the late ’40s, a variety of factors, including the Great Migration of African Americans to Northern and Midwestern cities, and the increased power and prominence of local radio stations and the “deejays” who spun records on them, started to open things up.

It was a time of intriguing hybrids. Consider some of the other number-one records of the era:

• “Good Night Irene,” written by the black singer Lead Belly, and performed by the folk group The Weavers (known for their leftist politics).
• The country song “Slippin’ Around,” a duet by pop singer Margaret Whiting and singing cowboy Jimmy Wakely.
• “Cold, Cold Heart,” composed by Alabama honky-tonker Hank Williams and performed by Tony Bennett, an Italian-American tenor from Queens, New York.
• “Nature Boy,” former jazz pianist Nat “King” Cole’s rendition of a ballad by a New York City-born mystic who called himself eden ahbez.
• “The Tennessee Waltz,” performed by Oklahoman Patti Page and written by a Milwaukee-born polka musician who was born Julius Frank Kuczynski and reinvented himself as country songwriter and bandleader Pee Wee King.

Not to belabor the point, but these tunes were a very different animal than the Great American Songbook, both in their homespun, unsophisticated subject matter and their simple music. “Good Night Irene” has three chords, and “Tennessee Waltz” has four. The tune some people consider to be the greatest in the Songbook, “All the Things You Are” (music by Kern, lyrics by Hammerstein), modulates key four times. In one section (I quote from the website Jazz Standards), “The melody lands on G sharp, the third of the underlying chord of E. Then, by moving one note of the chord—B to C—it becomes a pivotal C [augmented], allowing for an easy return to F minor.”

But that doesn’t mean “Tennessee Waltz” isn’t a great American song. The emotion, immediacy, and, yes, simplicity of this material helped lay the groundwork for rock and roll, which arrived with a bang (literally) in 1956. At first, the older songwriters saw records by Elvis, Little Richard, Chuck Berry, and all the rest as just another variation of the junk that had blanketed the airwaves for nearly a decade. But in time, rock became—and continues to be—the dominant form of American popular music.

Rock turned out to encompass a lot more than just electric guitars, shouted lyrics, and a pounding beat. In particular, it provided a context for a new kind of great American popular song—initiated, ironically, by a quartet from across the Atlantic.

Still, while the Beatles may have led the way, they were accompanied and followed by superb American writers who hailed from New York and Los Angeles, and also everywhere else in between. These included the likes of Carole King, Willie Nelson, Burt Bacharach, Brian Wilson, Smokey Robinson, Randy Newman, Paul Simon, and Joni Mitchell.

More often than not (in a departure from the earlier era), these songwriters got up on stage and performed the tunes themselves. The songs came out of folk and blues instead of jazz, and weren’t quite as complex as “All the Things You Are” or some of the other tunes in the Great American Songbook.

But the best of this new wave of American songwriting can hold its own with the earlier era’s best. One test of a standard is its ability to yield varied and satisfying cover versions, and plenty of the newer songs qualify. To take just one example, Willie Nelson’s “Crazy” was originally a hit for Patsy Cline in 1962. Since then, it has been recorded by dozens of artists, including Linda Ronstadt, Dottie West, Leann Rimes, Norah Jones, Dianna Krall, and Neil Young. In short, the last page may have been turned on the Great American Songbooks, but great American songs keep coming.