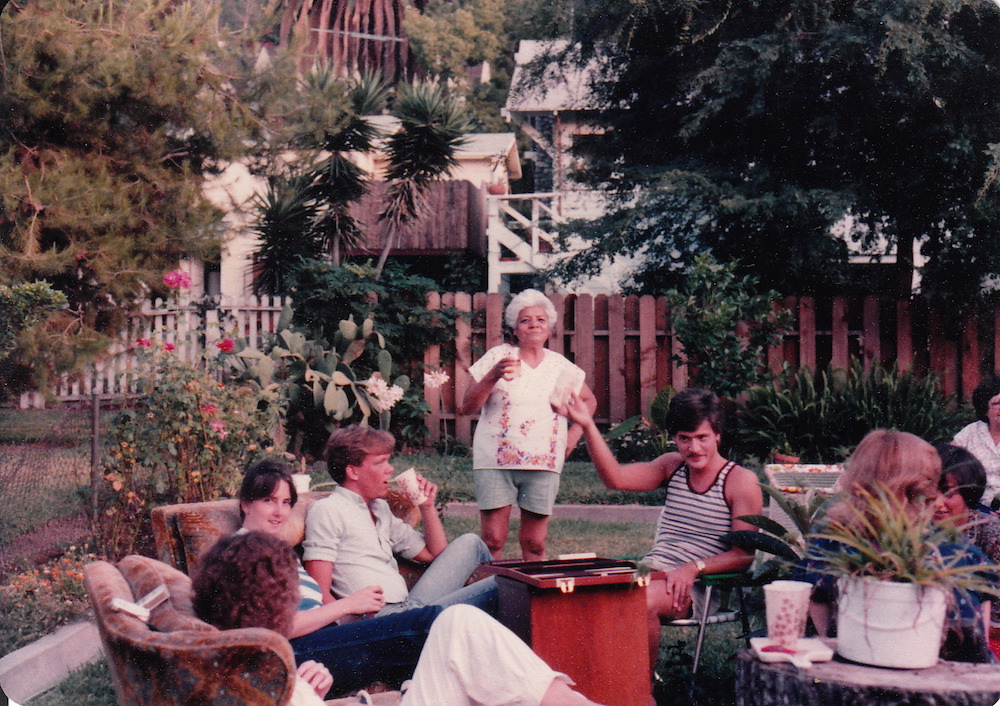 If you want to know what it’s like on the front lines of gentrification, you only have to look at the corner of Avoca Street and Yosemite Drive in Eagle Rock, my Los Angeles neighborhood.

When my father was a kid in the Eagle Rock in the 1960s, there was a tiny corner store called Joe’s Market that provided eggs, milk, and other necessities. The owners were two brothers from Korea who, whenever customers lacked the funds to buy groceries, allowed them to write their name down on a piece of paper and pay what they owed the following week.

When I was in elementary school, a family from Bangladesh bought Joe’s Market and made it a liquor store where friends and I would buy Mexican candy dusted with chili powder that stained our faces. It became Lucy’s Meat Market, the go-to place to buy calling cards to Mexico and Central America, in the late 2000s.

But Lucy’s had its troubles—and conflicts. After coming back from college and a stint in Argentina in 2012, I saw that taggers kept spray-painting one of its walls with their monikers and the city’s Office of Community Beautification kept blotting them out. Two years ago, the property was sold. A sleek but boxy single-family home—it looks like it’s emerging out of Dwell magazine—is now rising in Lucy’s place. But the graffiti war continues and the property owners have put up tarps and a fence to prevent the taggers from getting too close. 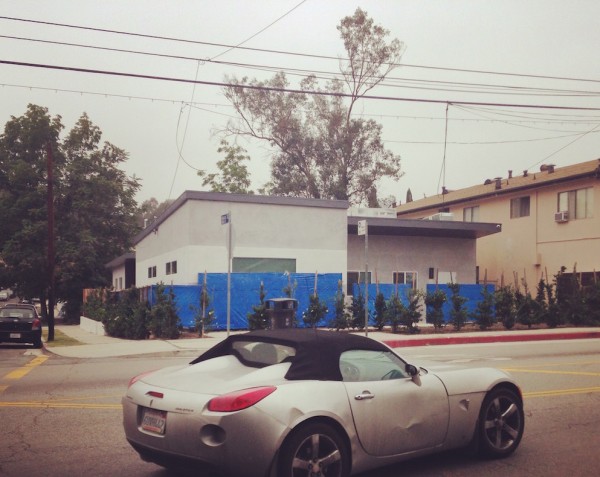 The corner of Avoca Street and Yosemite Drive

It’s jarring to see some of these recent changes to a neighborhood where three generations of my family have lived. Last year, to my surprise, Eagle Rock—in the shadow of two freeways, the 2 and the 134—ranked second on the list of “America’s Hottest Neighborhoods” because of how dramatically interest in houses in the neighborhood spiked on the real estate website Redfin. Eagle Rock is even the setting for the new HBO dramedy Togetherness about ”gentrified, normcore life in L.A.,” as the website LAist describes it.

The changes have certainly caused some hostility, but I sometimes wonder what version of Eagle Rock people feel so nostalgic about.

My grandmother and grandfather, Lillie and Jose Gonzales, moved their family from Gilroy—California’s garlic capital, a half-hour south of San Jose—to Eagle Rock in the 1960s. My grandparents wanted to escape the farm country that provided few sources of employment in search of better opportunities. My grandparents divorced soon after moving and my grandmother supported the family as a cook at The Broadway department store at the Glendale Galleria. For a few years, my grandfather Jose Gonzales owned a gas station on Eagle Rock Boulevard just off the 2 Freeway. 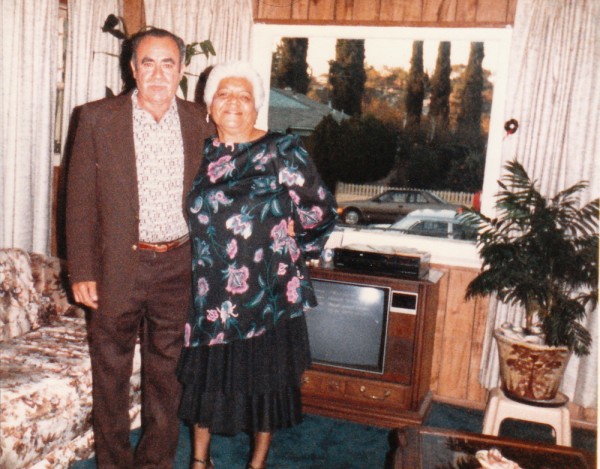 Lillie Gonzales and her boyfriend in the living room

When they moved to Eagle Rock, the neighborhood was mainly white, middle- and working-class. You can still see some of the small-town flavor of that Eagle Rock in our friendly local hardware stores.

My father recalled there were at the most six kids in his school with Mexican backgrounds like him. “Of course, we would take our burritos, and the other kids would look at us like, ‘What the hell are they eating?’ because they were used to having sandwiches,” he said. Growing up my father didn’t feel there was any hostility toward the family. Maybe there weren’t enough people of Mexican heritage to feel threatening.

After my father graduated from Eagle Rock High School in the mid 1970s, he did a stint in the army, and began earning his living as a carpenter. Our family lived in Altadena. When I was eight years old, we moved back into my grandmother’s house after she passed away.

Through the 1980s and 90s, the neighborhood changed in complexion. Salvadorans and Guatemalans fleeing civil war and political persecution ended up in my classrooms—though they were baffled at my inability then to speak Spanish. (I am proud to say I am fluent now). I often traded my turkey sandwiches for their ground beef chalupas. Around this time, many more people from the Philippines put down roots here. Through high school friends, I was introduced to a rice cake called puto, and I learned a few curse words in Tagalog. A corner video store on Eagle Rock Boulevard and Corliss Street declared itself “Home of the Filipino classics.” With the addition of the fast-food chain Jollibee and Goldilocks Bakery, Eagle Rock became Los Angeles’ true Little Manila.

It’s not as if Eagle Rock was perfect. I remember when a member of the Bangladeshi family who ran the corner shop on Avoca and Yosemite was attacked with acid behind the shop. And a few days after September 11, 2001, gang members shot up the local 7-11, leaving one person dead.

Even when I was at Eagle Rock High in the early 2000s, there were people worried about the changing “character” of the neighborhood. The president of the school’s chapter of Amnesty International organized a protest outside the newly opened Starbucks on Eagle Rock Boulevard because he thought too many corporations were moving into the community.

But I for one was happy when the coffee shop Swork moved into the neighborhood with its “Mayan Mocha lattes” with condensed milk—it was a great place to meet up with friends. When Imix Bookstore started up on Eagle Rock Boulevard, it opened my then-teenage world to Chicano literature, open mic nights, film screenings, and art shows.

The Great Recession slowed down the changes for a few years. Imix closed in 2010 because it couldn’t afford the rent. A shoe store opened in its place. And, then, as the economy picked up again, an artisanal cheese shop, a fine dining restaurant with modern American fare, and a gastropub followed. As a sign of how “hot” our neighborhood has become: one of the co-creators of Togetherness put his Eagle Rock house on the market for $1.1 million—to buy another in the neighborhood for $1.76 million.

A sharp exchange recently erupted on the Eagle Rock Neighborhood Facebook page when a woman posted that she was excited about the apparently pending departure of the “ghetto” Super A market in favor of a natural “farmer’s market” chain. Those kinds of comments get people like me—who have been in the neighborhood for a long time—riled up. With wood paneling and black-and-white photos of old Eagle Rock on the walls, the Super A market has a 1960s vibe that fits well with Eagle Rock’s kitsch. My family sometimes shops here for pan dulce, Mexican cheeses, carne asada, and chili peppers that aren’t available at the local Vons. It felt like this bohemian trendsetter was saying that her shiny life didn’t fit into what we yokels have built.

I am ready to concede that what some people derisively call “gentrification” could also be called a neighborhood “getting better.” I think it’s great that the elementary school that was overcrowded and lacking in supplies when I attended it is now a visual and performing arts magnet school. I don’t go out of my way to buy organic vegetables, but I do welcome the used bookstores and vintage shops selling readable and wearable gems. The new bars and galleries that have opened on Colorado and Eagle Rock Boulevards make walking home alone from a bus stop at night a more comfortable experience.

And I’ve noticed more interest from law enforcement in the safety of the community than ever before. Cops even take questions now at neighborhood council meetings. But longtime residents like myself can’t help but ask why these resources weren’t available before.

Look, I know Eagle Rock is the perfect place for those who are raising families. That’s why my family initially moved here those decades ago. In an ideal situation, our neighborhood would feel like a place the janitor, Occidental College student, and the gallery owner could call home.

And there is hope for that. As long as I’ve lived here, we’ve had colorful characters side by side: the heavy metal mailman with the long feathered hair who blasts music from his mail truck; the window washer standing outside of 7-11 in between jobs; and the young man who just passed my house, speaking on his cell phone about getting the band back together.