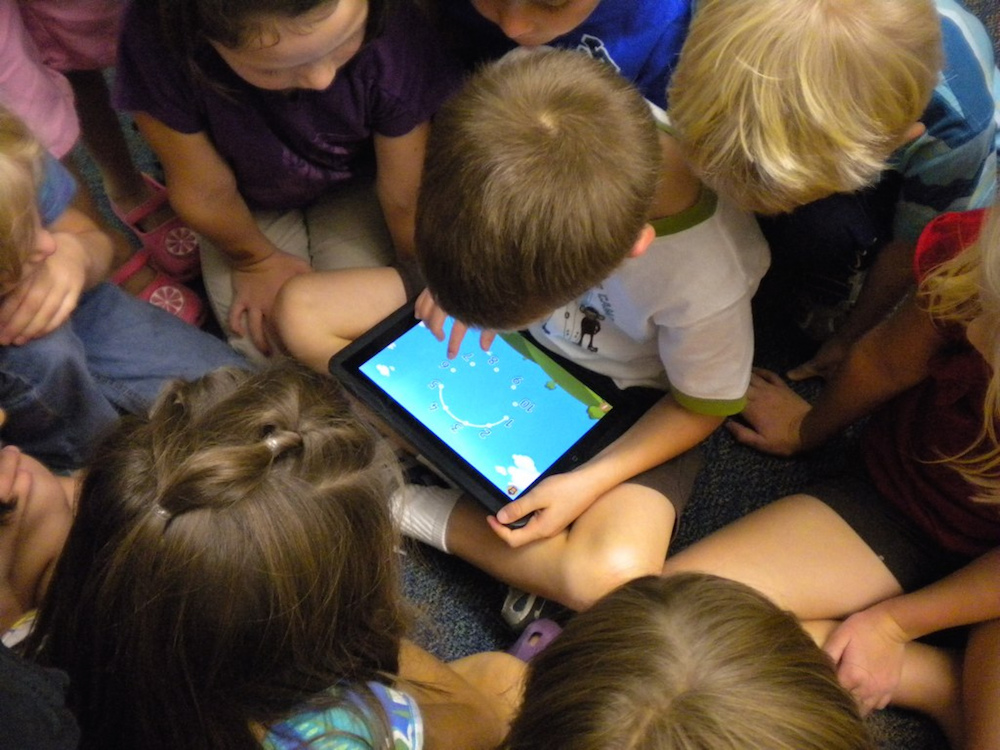 It’s still mystifying that in this time of limited educational funding, the people running the Los Angeles Unified School District were such an easy sell when it came to technology.

After LAUSD made an enormous investment in iPads and Pearson educational products developed for those iPads, teachers quickly discovered the iPad program didn’t work as guaranteed and the Pearson applications were useless. Superintendent John Deasy resigned in disgrace, elections changed the school board, and the FBI began an investigation into allegations of bid-rigging.

I’m inclined to believe that those in charge saw the iPad as a magic talisman that could just about transplant knowledge into students’ brains directly, bypassing teachers. LAUSD technophiles saw teachers as low-tech and low-value conduits between students and cutting-edge software and hardware; teachers weren’t consulted on the purchase or given a chance to give the machines a trial. I suspect the LAUSD powers hoped to construct a system that would be efficient as technology can make other aspects of life, like Ubering up an education.

But teaching isn’t always efficient. Often it’s messy, and because it’s messy, the process can produce epiphanies, and sparks of creative thinking.

I taught English for five years at Locke High School in South Los Angeles. One of the highlights of my career was when a student, a kid who dressed like a Crip, asked where I had gotten a short story that I photocopied for the class, Hemingway’s “Hills like White Elephants.”
He said, “It ain’t a real story.”
“Why isn’t it a real story?” I asked.
“’Cause it’s interesting,“ he replied.

I was confused but flattered, and later, as I mulled over exchange, it became clear to me that a kid who was unaccustomed to reading had been engaged at a high level because I had found the appropriate material for him, something that wasn’t complex in language, but sophisticated in action, character, and meaning. I suspect my student had responded to Issues that are raised from the point of view of a woman desperately appealing for her lover not to compel her to have an abortion. This isn’t common in a world where teenagers often get their cues of sexual conduct from sources in hip-hop who don’t share the powers of empathy of a Kendrick Lamar that he demonstrates in “Sing About Me, I’m Dying of Thirst.”

An iPad is an amazing device for transmitting information, but what makes a difference in a student’s life is the information, not its mode of transmission. Appropriate content, provided at the right time in the student’s life, and in the right pedagogical context, is everything. Technology doesn’t guarantee any part of that. An iPad loaded with inane apps is just another boring textbook.

The technology that made this connection with my student possible was the photocopy machine, technology that—when I taught—was rationed, only accessible to administrators, not to teachers, who were condemned to use that ancient but cheap technology of the mimeograph machine. So I paid out of pocket to make sure my students had the material that I thought would engage them. An iPad would have made this process only marginally better than what was available 20 years ago. Tech wasn’t going to magically transform this student, or students like him onto devoted readers.

My magic talisman, in conveying Hemingway to this student, was another teacher, Professor Alan Stephens at UC Santa Barbara. I was lucky enough to have taken a great Hemingway course that he taught that made it possible for me to understand how to teach Hemingway and stress what was valuable—the clarity, the powers of observation, the brilliant dialogue, and also the flaws of racism and anti-Semitism. I learned it well enough to develop curriculum for it, to sell it to these students who often treated their textbooks as if they were written in another language.

Tech isn’t a panacea. On an orderly campus with sufficient funding for workable restrooms and other niceties that enable students to be comfortable enough to flourish academically, it can be a useful tool for well-trained teachers. What tech can’t do is change the culture of campuses where academic achievement is rare.

Locke High School is in an area of Los Angeles suffering from high unemployment and high crime, just as it did 24 years ago when I was there, though. Some students did well and achieved academically, but the majority of these students graduated in the lower percentiles in reading and math. The majority of students did want to graduate and some wanted to go to college, but many of them were rudderless, hoping at best to blunder into a community college or the military. Their choices were informed by brutal reality and existential struggle, then as today. Doing well in school mattered but personal safety and money mattered more. 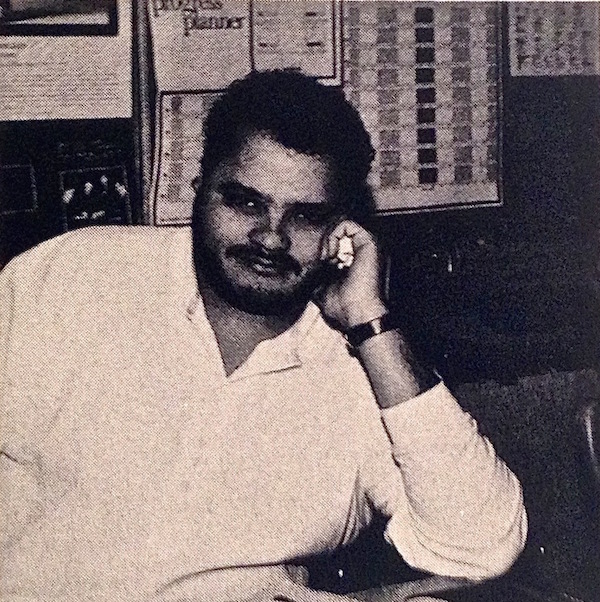 Yearbook photo of the author while teaching at Locke High School

Under these difficult circumstances, schools that create a sense of order but also respect these young men and women can accomplish miracles. It is not an easy thing to do, and when it is done these schools and programs deserve great praise. USC’s Neighborhood Academic Initiative headed by Kim Barrios is such a program. It’s a seven-year pre-college enrichment program designed for low-income neighborhood students. If they complete the program and meet USC’s admission requirements and decide to attend USC, they are rewarded with a full financial package.

It also supports the USC Family Schools, such as Foshay Learning Center. The students are lively but prepared, and instruction is the highest priority. Students understand that attending Foshay is a privilege that can be revoked. They are expected to buy into the code of conduct of the school and if they don’t consequences follow.

When I attended Foshay in the ’70s, it was one of my worst experiences of growing up. I feared for my life and saw riots, beatings, girls sexually assaulted, and teachers slugged. Now, it’s an entirely different world: kids and their families have bought into the culture of achievement to such a degree that many of their students attend the Saturday Academy at USC and are there by 7:50 a.m. Groggy, but ready to attend S.A.T. preparation classes. As a consequence of all this hard work and support, the black and Latino Students in the Neighborhood Academic Initiative all graduate from high school, and more than 98 percent attend four-year colleges and universities.

Verbum Dei in Los Angeles is another school that that overwhelmingly serves low-income black and Latino students in a community that suffers from high unemployment and high crime. Students at Verbum Dei all graduate and are admitted to multiple colleges and universities. Here, too, students buy into the demanding culture of the school, with tons of homework and school-required work (yes, they work, at law firms and other high-income businesses).

The commonalty of these very different success stories is not the emphasis on tech gadgetry but making the investment in creating a culture for achievement and getting the kids and their families to buy into it.

Seemingly, Deasy and the technophiles didn’t see what should have been obvious: an iPad is an amazing device but it isn’t so amazing without content or the right pedagogical context. School reform isn’t expensive tech and high-stakes testing; it’s the incredibly difficult task of creating highly functioning, transformative educational communities. Tech isn’t a shortcut. We are asking teachers and schools to fight the war on poverty when we won’t even admit that we are doing exactly that.

The hundreds of millions already spent and wasted by LAUSD on this misadventure serve as a very expensive cautionary tale.