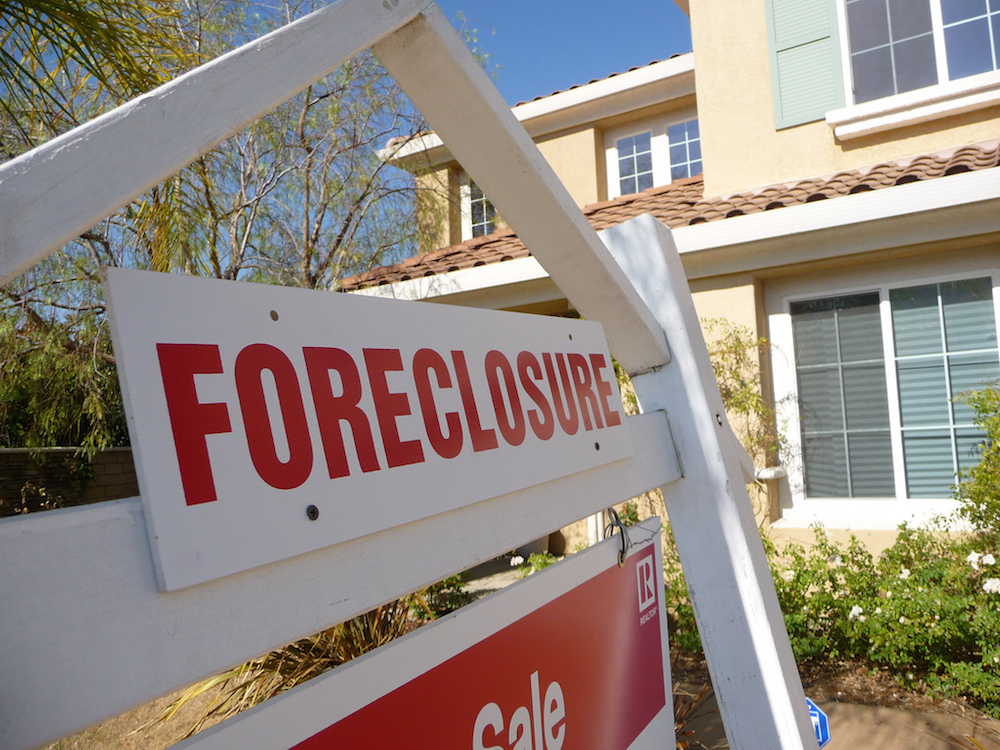 Californians are bad at remembering things, especially about California.

Our memories are so gone that our politicians, from Gov. Brown on down, can’t stop reminding us that just a few years ago, we were in a recession and a budget crisis. So now—even with housing prices soaring, unemployment under 7 percent, and the state budget in surplus—they say they must keep higher education and social services programs at recession-era levels.

Let’s say, “Bah, humbug!” to the Sacramento Scrooges. There are more productive ways than austerity to make sure we don’t forget the economic lessons of the recent past. For starters, why not create a museum to help us remember?

California would be the ideal location for a Museum of the Great Recession.

After all, we Californians practically invented the global economic meltdown between 2007 and 2009, and the tough recovery that followed. Our middle class, in its aspirational desperation to buy houses and keep up an unaffordable standard of living, led the way to ever-growing consumer debt. And our mortgage companies—like California-based Countrywide Financial, once the nation’s largest mortgage lender—led the way in making bad subprime loans. Countrywide and its friends on Wall Street also recklessly securitized those loans, ultimately setting off a major global recession.

For all this, we Californians paid a huge price, one that a museum could remind us of: double-digit unemployment, the housing market bust, record state budget shortfalls, municipal bankruptcies, the layoffs of thousands of teachers and other public servants, and downturns in nearly every major industry in the state. Family income declined across the spectrum and income inequality surged during the recession era to the highest level in at least 30 years, according to the Public Policy Institute of California.

During this recession, middle-class Californians became a minority of the population. And California became, according to the world’s media, a failed state responsible for economic malaise from Spain to Shanghai. Part-time La Jolla resident Mitt Romney compared us to Greece.

Bottom line: This was our Great Recession, and we shouldn’t let anyone—particularly those vultures on Wall Street—claim it by opening their own museum first.

Here’s a plan to make the museum a reality. The museum director should be former California state treasurer Phil Angelides, who warned Californians about the housing bubble in 2005 and led the U.S. Financial Crisis Inquiry Commission that investigated the causes of the recession.

The commission’s excellent report on the recession’s causes could provide the content of the museum’s permanent exhibits on them—from excessive household borrowing to all the state and federal leaders who failed to see a crisis coming—with California showbiz making things more accessible.

For example, to illustrate the Federal Reserve’s failures in financial regulation, Disney could produce audio-animatronic versions of Fed chairman Ben Bernanke and New-York-Fed-chief-turned-Treasury-Secretary Tim Geithner to take visitors’ questions. Inspired by the Abraham Lincoln at Disneyland, these talking robots would have to be made more entertaining and lifelike than their human models. If that didn’t work, free energy drinks—one of the few economic success stories of the Great Recession—would be available to keep museum patrons from falling asleep.

The museum would have a theater, where re-enactors would put on a series of live shows—scenes from the failure to rescue Lehman Brothers, to real-life exchanges between homebuyers with little income and lenders giving them big mortgages anyway. Gamers could create immersive, room-sized infographics to explain the shadow banking system, credit default swaps, and that whole business with Fannie and Freddie.

The museum wouldn’t neglect the aftermath of the crisis. Visitors could don headphones and listen to real audio recordings of homebuyers who were victims of myriad mortgage mistakes battling unsuccessfully to get problems fixed. (Yes, those calls were recorded, and many of them have been preserved because of litigation.) One room could be devoted to oral histories of the millions of long-term unemployed Californians. In another, museum visitors would compete with former professional robo-signers of foreclosure affidavits to see who could review and sign more mortgage documents (without reading anything, of course) in less than a minute.

To really grab visitors, some exhibits would have to be more cultural than economic—like something on the interior decorating style of house flippers, or the fashion choices of the speculators who bought foreclosed homes at courthouse auctions. The Museum of Jurassic Technology in Culver City could curate a room devoted to Tea Party economic fantasies, credit rating agency reports, and other phony theories from the crisis. One museum room would be decorated as a child’s bedroom—but occupied by a 20-something, with green Starbucks aprons and job application cover letters littering the floor.

A gallery of Recession-Related Extinctions could include exhibits on the pre-recession days when public higher education was affordable and California was a middle-class state. Special attention would be paid to California Republicans who had to vote for the budget under the two-thirds vote requirement, which was finally eliminated with the 2010 elections. Now, the Democrats can pass a budget with a simple majority. But before 2010, those votes for the budget could end the political careers of the Republicans who made them. The story of Anthony Adams—a young Republican politician from the Inland Empire who voted for an emergency budget and now is a deputy public defender in Mendocino County—would captivate downwardly mobile Californians.

There’s another reason to put the Museum of the Great Recession in California. Our state offers so many possible locations. The museum’s supporters could buy a government building in bankrupt Stockton or San Bernardino to give those cities some much-needed cash. It could try to take over any number of malls abandoned during the recession. Or, if Californians want something glossier, the former offices of the failed IndyMac bank in Pasadena is just a short walk from the rapidly expanding Metro Gold Line.

My own preferred location would be the former Countrywide headquarters in Calabasas, just off the 101 at the western edge of the San Fernando Valley. The building, now used by Bank of America (Bank of America acquired Countrywide during the recession), has the size to be a museum, with 700 parking stalls and 230,000 square feet.

When I stopped by recently, signs said it was available for sale or lease. At a fair price—say $150 per square foot—the state could acquire it for $35 million. The state parks department could easily—and appropriately—buy it with money from the $54 million secret surplus it had accumulated (and saw exposed after the recession). And there’d still be money left over for operations.

But I suspect this museum could pay for itself. The current rage for financial education would make the Museum of the Great Recession a natural for field trips. Californians have a history of supporting institutions built on economic crisis; arguably our most powerful think tank, on the Stanford campus, is named for its founder, President Herbert Hoover, who later ushered in the Great Depression.

Californians also love to visit places that offer a window on scandal. Perhaps membership at the Museum of the Great Recession could include free admission to the Hearst Castle in San Simeon, and the Nixon Library in Yorba Linda.