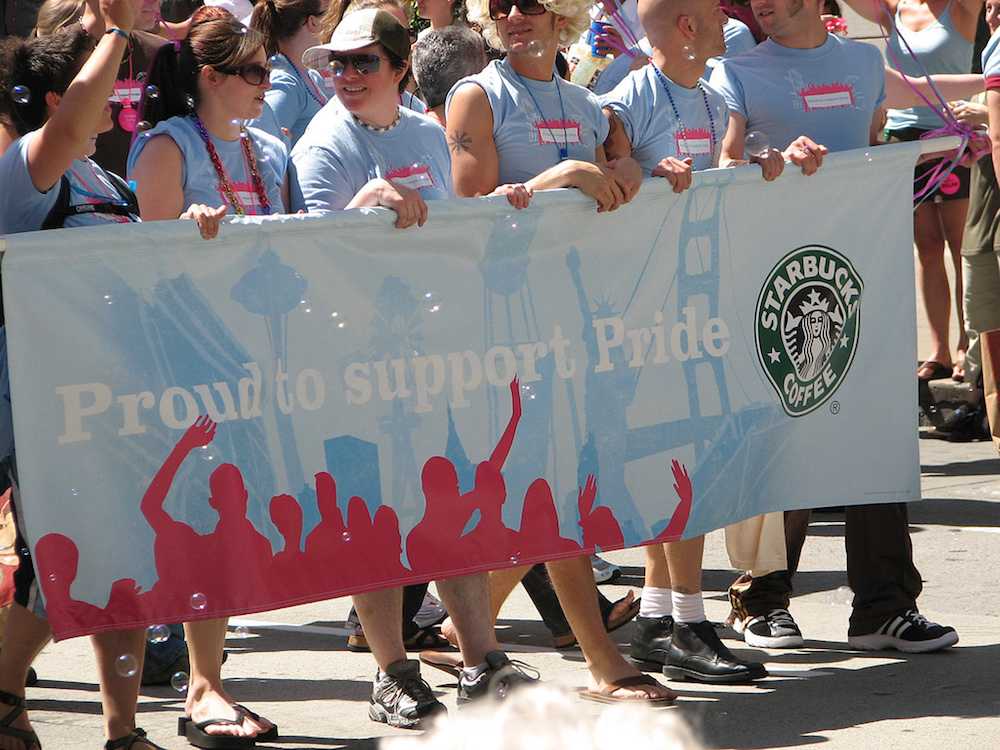 Maybe we would all benefit if corporations wielded more political power, not less.

Ever since the Supreme Court’s Citizens United decision in 2010, it’s been fashionable to deplore (with full-on How dare they? indignation) the power of big business in our political process. But judging from recent events, I’m more inclined to regret that corporations don’t have a greater say in our civic life.

Seriously. Think about the recent rash of exhilarating triumphs for once-marginalized minorities: the U.S. Supreme Court legalizing gay marriage across the land; South Carolina hastening to lower the Confederate flag of sedition and racism; a Republican presidential candidate being ostracized for bashing Latino immigrants. One of the threads connecting each of these stories is the presence of corporate America flexing its muscles, taking a stand against the bullying and discrimination of minorities.

In the landmark marriage case, a Who’s Who list of blue-chip companies from Procter & Gamble to Goldman Sachs signed onto legal briefs urging the justices to strike down all bans on gay marriage. They argued that such bans conflict with their own anti-discrimination and diversity policies, and that you can’t have a country (and cohesive marketplace) where fundamental rights—like the right to marry—vary from state to state.

Even more impressively, big business mobilized in a number of states over the past two years to defeat or roll back proposed “religious freedom” laws seen as disingenuous efforts to legitimize the discrimination of gays. No single company has been more identified with the effort to stand up to such laws than Walmart, which was credited with singlehandedly defeating a proposed measure in its home state of Arkansas. The retailer also joined other prominent businesses in attacking another such law passed in Indiana, which was subsequently altered.

Business interests were also instrumental in turning the tide against the Confederacy. The New York Times story on South Carolina Governor Nikki Haley’s decision to call for the removal of the Confederate flag from the State Capitol grounds in the aftermath of the racially-motivated massacre at the Emanuel Church credited “intensifying pressure from South Carolina business leaders to remove a controversial vestige of the state’s past” as one factor leading to the governor’s reversal of her previous position.

Arizona is another state where businesses leaders fought against, and defeated, a religious freedom law that would have otherwise prevailed. In addition, establishment Republicans and corporate leaders in the Grand Canyon State have been in full damage-control mode since the state legislature passed SB 1070, a controversial anti-immigration measure which proved disastrous to the state’s brand as a tourism and investment destination. Subsequently, the business community mobilized to defeat a number of other, ever more radical, anti-immigrant proposed laws in the state, and to take on the Tea Party Republicans responsible for them.

At the national level, the U.S. Chamber of Commerce and other business groups have led the charge for sensible immigration reform—though this effort can’t yet be checked off as a victory. If only the business lobby had as much power as we often assume it does! In the meantime, it was gratifying for Latino activists aligned with business on immigration to watch Donald Trump be fired by corporate partners like Macy’s, Comcast, Univision, and Disney over his hateful comments about Mexicans. Turns out, vicious speech denigrating immigrants may be acceptable speech in certain political circles, but not in the corporate realm.

Some politicians eager to cater to local prejudices, and capitalize on them, are clearly chafing at the activism of corporations on behalf of a healthier business climate. This spring, while pushing for his own religious freedom law, Louisiana Governor Bobby Jindal practically whined in a New York Times op-ed: “As the fight for religious liberty moves to Louisiana, I have a clear message for any corporation that contemplates bullying our state: Save your breath.”

It’s an interesting line, not only because he ascribed “breath” to companies, doubling down on the much-mocked pronouncement of then-candidate Mitt Romney that companies are essentially people, too. Jindal’s choice of the verb “bullying” is deliciously hypocritical, because in this case (as in the others described above), it was business rising up to oppose the bullying of people by small-minded politicians.

And this is the key issue on which I differ from many of my friends and colleagues in journalism and academia who hold to a reflexively anti-corporate worldview. They see large, distant corporations as the source of much bullying. I tend to see the worst forms of bullying arising closer to home: at the hands of local or state governments, or dominant business interests rooted in one place.

No, there isn’t anything inherently virtuous about business leaders. As cynics are quick to note, the political fights I’ve described here are all about business wanting what’s best for business. Companies need to avoid offending existing or potential customers and they need to be seen as being inclusive and diverse employers to the best and brightest potential hires out there. I’ll still take those selfish impulses: If only more governments were similarly motivated, instead of being willing to marginalize minorities.

Most business lobbying is admittedly not focused on civic or “business climate” issues like the ones I am raising, but rather on narrower, self-interested agendas of particular companies or industries—say, to influence the drafting or application of regulations, or tax laws. Critics resent the billions spent by corporations and their trade associations in trying to influence the political process, especially since the amounts they spend dwarf the lobbying expenditures of everyone else. But lost in the depiction of a monolithic corporate America pitted against the rest of us, getting its way behind closed doors, is the fact that a significant portion of those business lobbying efforts and dollars are essentially engaged in an intramural corporate contest. It’s about one industry or company seeking to gain advantage (or a level playing field, they might say) against a competitor. Those dollars often cancel each other out. But when the business community does come together to speak with one voice, on broader issues affecting us all, it tends to play a powerful and positive role.

Big business tends to be more enlightened than smaller business interests rooted in only one place, because the broader your perspective, the bigger your market, the less tolerant you can afford to be of idiosyncratic regional prejudices. A company with customers and employees across the country or around the world won’t be comfortable choosing as its home a state that embraces symbols associated with the cause of slavery, or one that passes laws that treat gay couples as second-class citizens or one perceived to be harassing foreigners. It’s no accident that commerce across state lines has always been one of the great motors of progress in this country, and not just economic progress.

That is also why trade agreements that seek to harmonize norms across borders are as beneficial to individuals as they are to big multinationals. The prospect of joining the European Union (and attracting investment by large foreign companies) forced governments across Eastern Europe to protect the rights of long-oppressed minorities. As much as Elizabeth Warren and her protectionist allies have attacked President Obama’s proposed trade deal with Asia as a sop to big business, the agreement will help strengthen civil society and individual rights in these countries for precisely the reasons these critics attack it—by standardizing norms of behavior across jurisdictions.

Bigotry, and the disregard of people’s rights and dignity that comes with it, don’t travel well. And they’re bad for business.