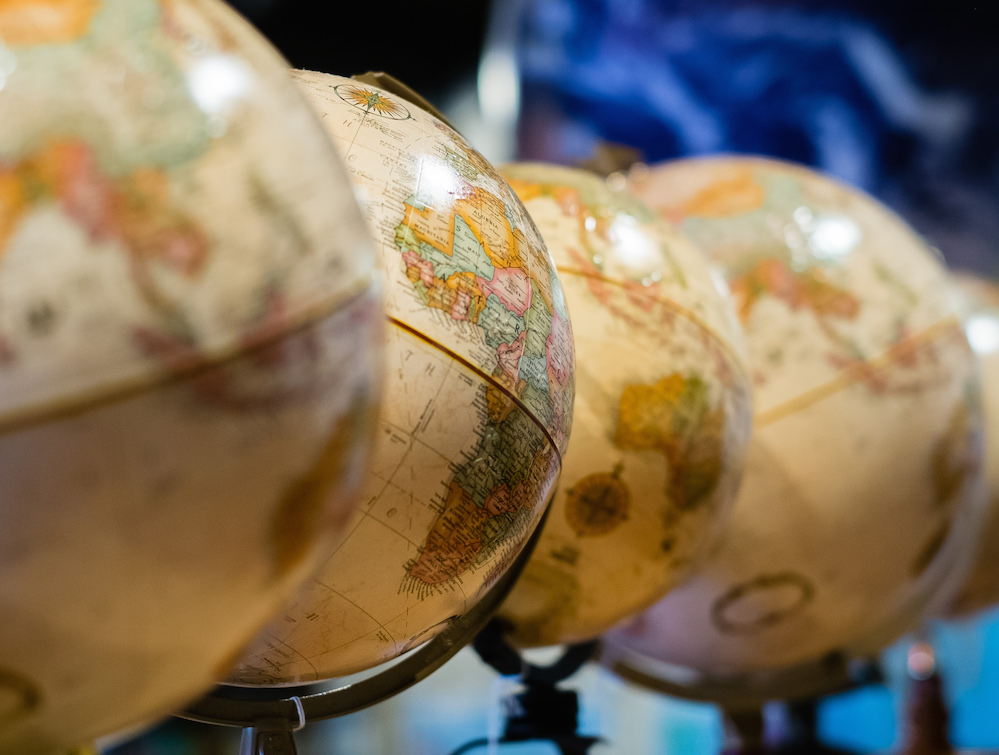 About 10 minutes into the soccer game, Sebastian’s cries of “here,” “behind you,” and “cross it” became cries of “aquí,” “atrás,” and “al centro.” I’d never heard so much Spanish voluntarily pour out of my ten-year-old. There is nothing like a hunger for the ball. And nothing like full immersion in a foreign language.

I brought Sebastian to the quaint colonial gem of San Miguel de Allende in central Mexico for a couple of weeks of Spanish and art classes. But mostly, I wanted him to soak up the atmosphere of his other country, the one where his dad was raised. The one his dad feels guilty his son doesn’t know better.

I grew up in Mexico, in a split household—American mother, Mexican father. Two languages, two passports, two sets of cultural mores; two favorite sports; two historical narratives; two kinds of humor; two culinary traditions. I grew up always synthesizing, comparing, navigating, blending mischievously. Toggling between two worlds is what experts in bilingualism call it. My parents did what I haven’t done adequately for my son—they forced me to speak the other language (in our case, English) at home to make us fully bilingual.

Only in retrospect do I appreciate how much effort that took on their part, and what a phenomenal gift it was. In real time, it was more of a pain—and a mortifying one, at that, when Mexican friends would come over and my mom would speak to them in English.

North of the Rio Grande, generations of immigrants have struggled with the challenge of keeping in touch with their other country, and handing down its language and culture to their children. It’s never been easy, especially because prevailing notions of American supremacy and exceptionalism create a disincentive to studying other languages or cultures. My own son generally goes about his fourth-grade, suburban Maryland existence fairly confident he lives in the center of the universe, with little need to learn from the rest of the world.

The dirty little secret is that the more Sebastian steps out of his comfort zone, and the more he learns about his other country and culture, the better he will also come to understand the United States and his American identity. People are constantly extolling the study of foreign languages and cultures because it helps us better understand the rest of the world, and because it turns out that being bilingual is good for the brain (thanks, ma!). But one of the corollary benefits of spending time immersed in a foreign culture—as important as any other benefit—is that you gain a better understanding of your own.

Imagine if you spent your entire life going out to only one restaurant. Would you really know its essence? Doesn’t your appreciation and understanding of a place require some comparative context?

I remember when growing up in Mexico, looking into the U.S. from the outside, being struck by the disconnect between the tenor of news in the two countries. Mexico, for all its wonders, was clearly the less democratic and less prosperous of my two countries. But you wouldn’t know that from comparing the press in both countries. The copies of Time that made their way to Chihuahua weeks late described a country that was falling apart, while the front pages of the local papers all extolled the achievements and virtues of Mexico’s revolution. I thus acquired a deeper appreciation for how freewheeling criticism is a hallmark of a society that is never complacent, always moving forward. But you can’t know what’s distinctive about one place until you’ve sampled others.

That’s why all Americans should adopt a second country, if they don’t already have one. Recent immigrants and their families shouldn’t be the only ones to benefit from toggling between cultures.

Here’s how it would work: Every American second grader would be assigned a second country. School districts would organize annual festivals around a lottery that matched kids with their second countries, with which they’d establish a long- term relationship. Thanks to the ubiquity of interactive learning software and video conferencing, hundreds of kids in a school could be learning dozens of languages during this “global hour” by connecting to their fellow Pashtun or German or Vietnamese students and teacher remotely. (Occasionally kids and guest speakers in the foreign country would join the conversation.) Now that distance learning is a reality, kids shouldn’t be limited to choosing only between French or Spanish, or whatever languages their schools manage to find instructors in.

Under my proposal, kids would study their second language and culture through high school, and be provided creative exchange and entertainment opportunities within their bi-national community. Students would belong to strong networks connecting them not only to their assigned country, but also to others across America assigned to the same country. The result would go beyond creating a far more cosmopolitan and informed citizenry. This would be the most ambitious public diplomacy ever deployed by a great power.

America’s economic competitiveness and security interests would also be served by having a deep bench of regional experts, of people invested in other cultures. As Secretary of Education Arnie Duncan noted in a 2010 speech on foreign language education, 95 percent of college students enrolled in a language course study European languages, but fewer than 1 percent study a language the Defense Department considers critical to national security. Even when language study is influenced by market-based reactions to what’s in the news—the post-Sputnik spike in Russian study, the post-9/11 spike in Arabic study—the results tend to be transitory and scattered.

By contrast, my second grade students-to-countries matching lottery would guarantee a more rational distribution of interest and knowledge. We need Americans who understand and appreciate Indonesia, Kenya, and even countries like the Netherlands, regardless of whether or not they happen to be in the news. These long-term relationships with their second countries would be among the most rewarding and fun educational experiences for American kids.

That’s my proposal, anyways. Back here in the real world, however, the trends are heading in the opposite direction. Less than one in five Americans speaks another language (compared to slightly more than half of all Europeans) and many of these Americans, in immigrant families, wouldn’t have picked up the language in school. Only a quarter of all elementary schools offered foreign language instruction in 2008, compared to about a third a decade earlier. In our schoolyards, it’s as if the rest of the world were shrinking in economic and strategic importance to us.

Meanwhile, I will continue trying to expand Sebastian’s horizons, and appreciation for his other country. A Father’s Day lunch in San Miguel was a modest score along the way. Sebastian blurted out, “They should do this in the States,” referring to the sliced limes routinely served at meals here. I smiled. The boy was thinking comparatively, assessing how restaurants, and countries, vary—and can learn from each other.