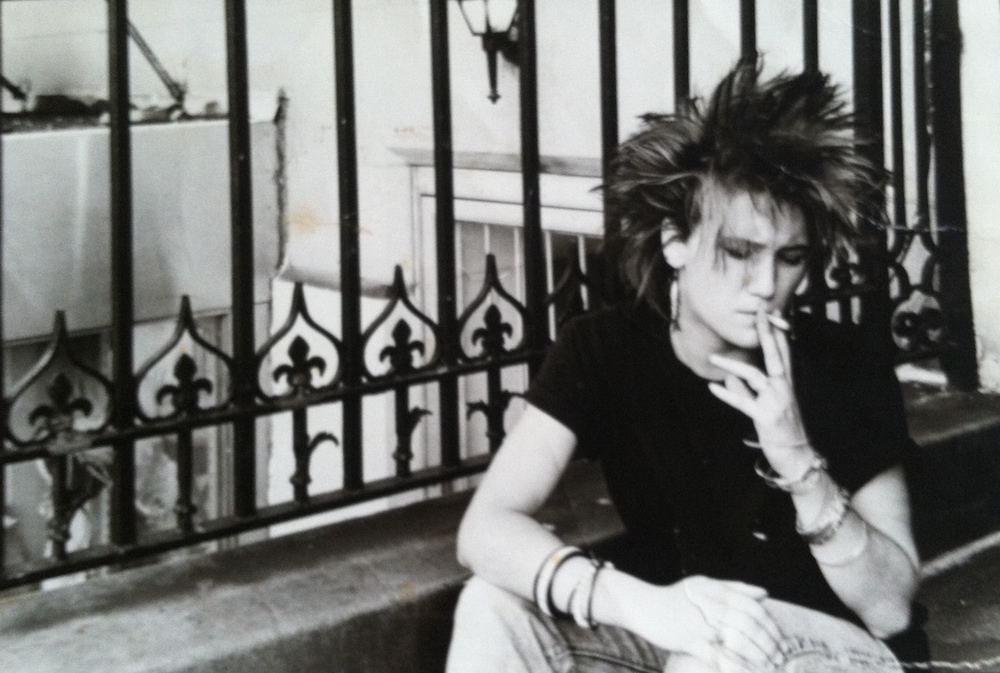 On April 17, 1775, Samuel Whittemore was toiling in the fields of his Arlington, Massachusetts farm when he spied the British militia returning to Boston from the Battle at Lexington and Concord. He was no stranger to fighting: Whittemore had fought on behalf of the British as a captain in His Majesty’s Dragoons battling the French in the mid-1700s. However, on this particular day, Whittemore took up arms against the British in the name of independence. A historical society article about him says, “Whittemore wanted his descendants to be able to enact their own laws, and not be subject to a distant king.” Whittemore was fearless, and more than willing to put his body on the line.

Whittemore, who was born in Massachusetts just before the turn of the 18th century and was the grandson of the first Whittemore to arrive in America in the mid-1600s, was in his late 70s when he saw the Red Coats on this April 17. To his family’s horror, Whittemore snatched his musket and crouched behind a stone wall. Other minutemen begged him to move to a safer position, but Whittemore disregarded their pleas. Whittemore killed three British soldiers; in turn, he was shot, beaten, bayoneted, and left for dead. Refusing to give the Red Coats the satisfaction, he recovered and lived almost two decades longer—long enough to call George Washington his president.

Whittemore was the oldest known combatant in the American Revolutionary War. In 2005, Senate bill 1839 declared him hero of the Commonwealth of Massachusetts, and designated February 3 as the day to commemorate him. 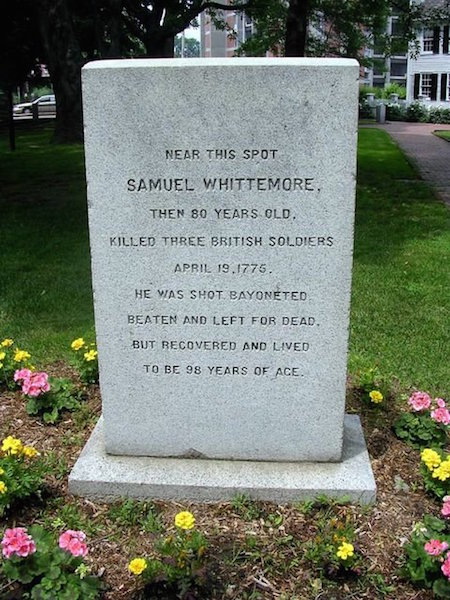 The original Whittemores arrived in the Boston harbor from England, no doubt strutting rigidly down the planks of a Mayflower-like vessel with proper comportment and clear-cut intentions on a pre-ordained life course. People in my family attended schools like Wellesley, Colgate, and Babson immediately after high school. There was no question they would obtain degrees, and many started their own insurance companies. They married young, and raised children who would follow direction.

The blue-blooded Whittemores handed these customs down through the generations: Do as you are told without question or deviation. Use salad forks and dessert plates. Live in tidy homes with manicured lawns. Play golf, decked out in L.L. Bean gear and slacks with ducks embroidered on them. Refrain from outbursts of immoral, rash behavior. 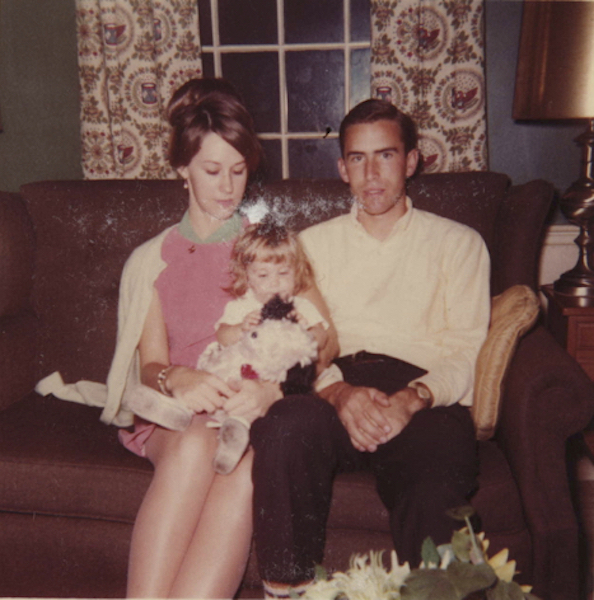 I, on the other hand, dropped out of Boston’s Emerson College in 1985, at age 19. I was enamored with the early punk scene and ran pell-mell to California with a boyfriend, deaf to protests from parents, teachers, and relatives. There was no strategy. No plan. A new horizon beckoned, and I was down for anything.

For a period of time, I was able to do whatever I wanted every minute of the day. I secured full-time employment at Slash Records, and immersed myself in the throbbing, thriving Los Angeles punk scene. Dying my hair a plethora of colors, I wore ratty tutus with velvet hats and knee-high combat boots. I bought a clunker Nova from a Rastafarian, and I spray-painted it leopard.

I was enjoying what seemed like unadulterated freedom—which also happened to include copious amounts of drugs and alcohol. Ultimately, the independence I had so fanatically craved developed into a stifling dependence on heroin.

I sold drugs and myself to support my habit. I lost my apartment, my job, and my car. I became homeless, and crashed in shady motels with hookers, dealers, and gang members. I ended up in jail many times. Chained to a habit, I was far from free.

My addiction determined what I’d do, where I’d live. By Christmas of 2000, I had followed it to Chico, in Northern California. I had been strung out on heroin for 15 years at that point, despite sporadic unsuccessful attempts to get clean. My family cancelled plans for me to return home for the holidays after they found out I was using, again.

Broken and hopeless, riddled with guilt and shame, I realized I had smashed hard against the limits of liberty. I was exhausted and chewed up by heroin, and I finally recognized that things were going to get worse if I kept using. I had ridden Captain Whittemore’s notion of independence as far as it would go and it was destroying me. I realized freedom also brought the risk of making bad choices, and I had made a lot of them.

I called a rehab back in Southern California that I had been to twice already. This time, I was willing to do whatever was asked of me. “I am always loaded and can’t imagine life any other way,” I said. “But I can’t continue to live like this. I need help.”

Rather than a plane ticket home to Boston, my mother provided me with a one-way flight to rehab in Pomona. Leaving the airport in Sacramento, I was detained by police officers for appearing suspicious, high, and homeless. I was all three. During the arrest process, I did something I never did. I told the truth.

“You guys have every reason to arrest me. I am under the influence, there are drugs in my bag,” I said. “But I am on my way to check into a rehab. I have made this promise to my family. I have to keep my word. I know this is my last chance.”

Battling with drug addiction is not for the faint of heart. I often felt like a lone soldier with a useless musket trying to keep the drugs, the lifestyle, and the police at bay. During past stints in rehab, I handled the flu-like symptoms of kicking heroin: sweating, fever, chills, and body aches. But the sleeplessness was unbearable. When I was awake, my mind obsessed about the relief I knew only heroin could deliver, and I went back to the streets.

But I did not go to jail that day in 2000 or any day since. I have remained clean and sober for 14 years since that fateful Christmas Eve. I have patched up relationships with my family and friends. I returned to college and earned my degree. I am open and honest about my battles. I am the proud mother of a 12-year-old boy who keeps me on track. And now my concept of freedom is a fierce determination to let no thing control me—to feel free to build, rather than tear down. 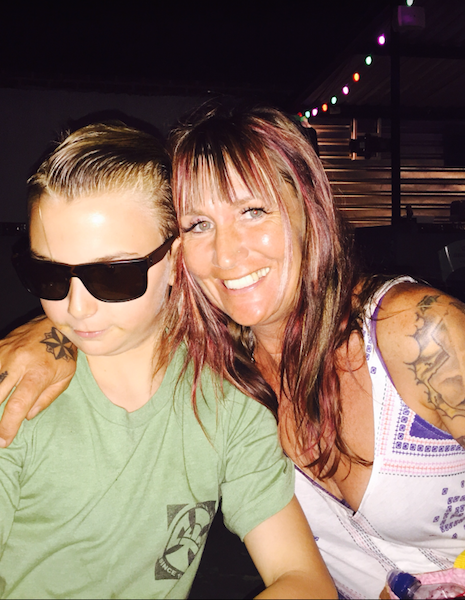 The author and her son, Milo

Silent tears run down my face, when my father, who usually keeps his emotions tightly reined in, tells me that he respects the strength with which I clawed my way back to sanity. Centuries separate ol’ Sam and me, and the centuries also separate our concepts of independence. But we survived circumstances where many others have perished, and in this country, we had the ability to will our way home again.