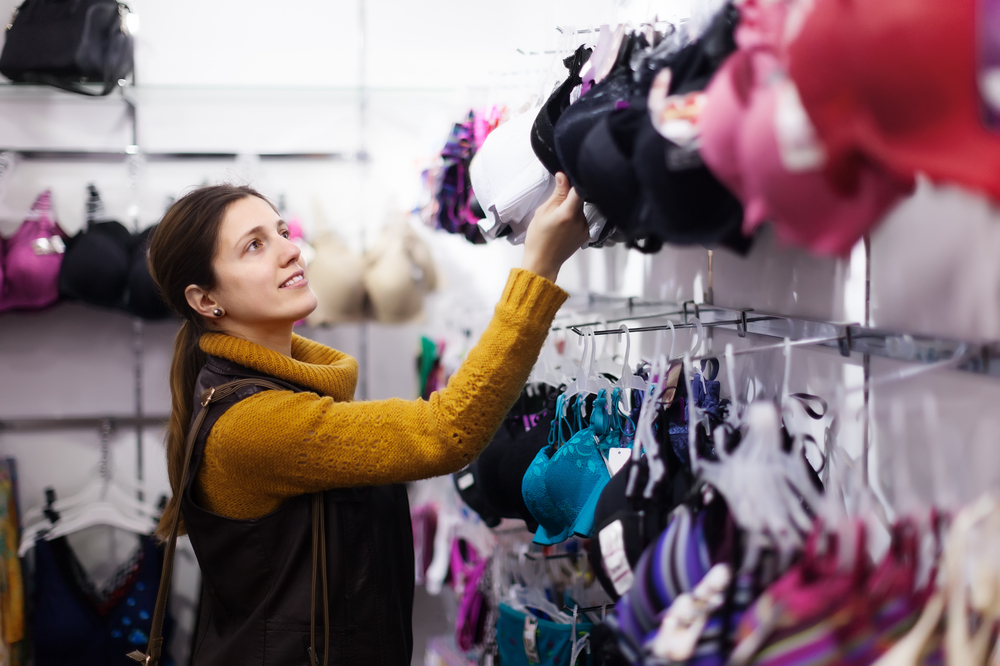 When my daughter was 12, she asked if I would take her and two friends shopping at the mall for “friendship bras.”

Was this a brand I hadn’t heard of?

“It’s when you go with your friends and you all buy a bra!” Kate explained.

This was nearly a decade ago, but it’s a moment I continue to remember as I see friends grappling with their own daughters’ transition from childhood to adolescence.

It’s also a female rite of passage in my own history I’d prefer to forget. Short of modeling bikinis for a gaggle of NFL players, I’d rather do almost anything than go trolling for bras. I vividly remember my first one. It was a 32A, a band of white formless cotton, and I got it not because I had clamored for a bra, but because my proper Southern-bred mother insisted.

“You’re starting to show,” she said firmly, and with that she whisked me off to Marston’s, the posh department store in downtown San Diego.

At the time, I was 10 years old, and decidedly not posh. The youngest of four and the only girl, I was what we called a tomboy in the ’60s—but what we now simply call a girl who excels at sports. To my stylish mother, who rarely left the house without a purse and matching high heels, taking me bra shopping must have been a dream come true. But for me the experience was mortifying.

That afternoon, I stood in the dressing room, hanging my head as a saleswoman wrestled a tape measure around my skinny chest. I suspect this was not how it was supposed to go because I distinctly remember my mother frowning. “Oh, Mona, stop fidgeting,” she snapped.

My body was turning on me, becoming something alien that I could no longer control. But it was more than just the physical changes that filled me with dread. I knew a treasured part of my childhood was about to end, the freedom to be a feisty, athletic, adventurous girl. I would soon have to conform to some narrow definition of gender: a girl who wasn’t too smart or independent or said what she thought, but a girl who was polite and pretty and lived to please others. I could see it coming as surely as I had come to know the riptides that could pull me out to sea.

My daughter was coming of age in a different world than the one I grew up in. In some ways it was better, in other ways, worse. She was torn between a life of club soccer and Harry Potter and a constant barrage of preteen girls flaunting their sexuality on Facebook, Instagram, and other social media networks

As she and her two friends chattered and snapped photos of each other in my back seat, I pulled into the Eagle Rock Plaza parking lot. The girls tumbled out of the car and marched into Target like a conquering army. Their arms were linked and they were dressed identically—snug jeans, baggy sweatshirts over tank tops, Vans tennis shoes, their long hair swaying in unison.

In the six months leading up to this moment, my daughter and her friends lost their last traces of little girlness, and have taken to wearing lip gloss and a sliver of charcoal eyeliner on their lower lids. The effect has been dazzling, if not scary: like those 1980s Calvin Klein jean ads featuring Brooke Shields.

The girls found the lingerie department before I did. By the time I caught up to them, they were racing up and down the aisles, plucking bras off the racks like veteran shoppers. They immediately knew what they liked. Bras in bright colors and fun prints. Bras with a hint of lace.

“Look at this yellow one! Omygod, I love it!” squealed my daughter.

“Is there one in my size?” asked her friend Sarah.

“Did you see the polka dot ones?” asked Natasha, holding up a pink and orange model.

They also knew what they didn’t like. “How about this one?” I said to Kate with a bit more enthusiasm than necessary, displaying a sporty white racer-back.

And so I stepped back and just watched. The girls seemed entirely in their element, as if shouting out their underwear preferences in the middle of a department store were the most natural thing in the world. They weren’t embarrassed in the least. And here’s what struck me: They were actually having fun.

At one point in their reverie, I heard Kate shriek “OH MY GOD!” followed by peals of laughter. She was standing in the women’s section waving a huge bra in lavender satin, with cups the size of cantaloupes.

How wonderful, I thought. How different from my own traumatic experiences. I had been the first girl in my fifth-grade class “to develop,” and I literally stood out. “Hey, Gable, what’s that under your shirt?” boys would yell out on the blacktop, snapping my bra whenever possible.

By the time I was 14, I was a 36D. I’d be walking down the hallway and pass the cutest surfers in school. “Jugs,” I’d hear them mutter. I can’t tell you the lewd stares, the stupid remarks that have been lobbed my way.

One reason I sent Kate to an all-girls’ Catholic school in Los Feliz is because I wanted her to be in an environment where the focus was on girls’ achievement, and on nurturing their talents, curiosity, and dreams. I didn’t want to see her self-confidence plummet as mine did when I turned 12, adrift in a sea of boys and teachers who ignored me. I didn’t want her to grow up so fast.
But she is anyway.

“Mom! I love this bra! Can I get it?” my daughter asked. She was holding a black push-up bra.

For a second she had me there.

“Because you’re too young for a bra like that,” I said.

I half expected her to fuss, to complain how uncool I was. But she just shrugged, then ran off to rejoin her friends. Maybe she was actually glad I said no?

As we headed to the register, I was relieved to see the girls didn’t have anything too sexy. Nothing with excessive padding or liquid inserts or in leopard satin, say.

I want my daughter to feel positively about her body. On the other hand, I also don’t want her to think that flashing her breasts on Facebook is a sign of female empowerment. So I will continue to draw the line until she’s able to draw it herself.

She will have plenty of time to wear a sexy black bra. But not much time to be a carefree young teenage girl.