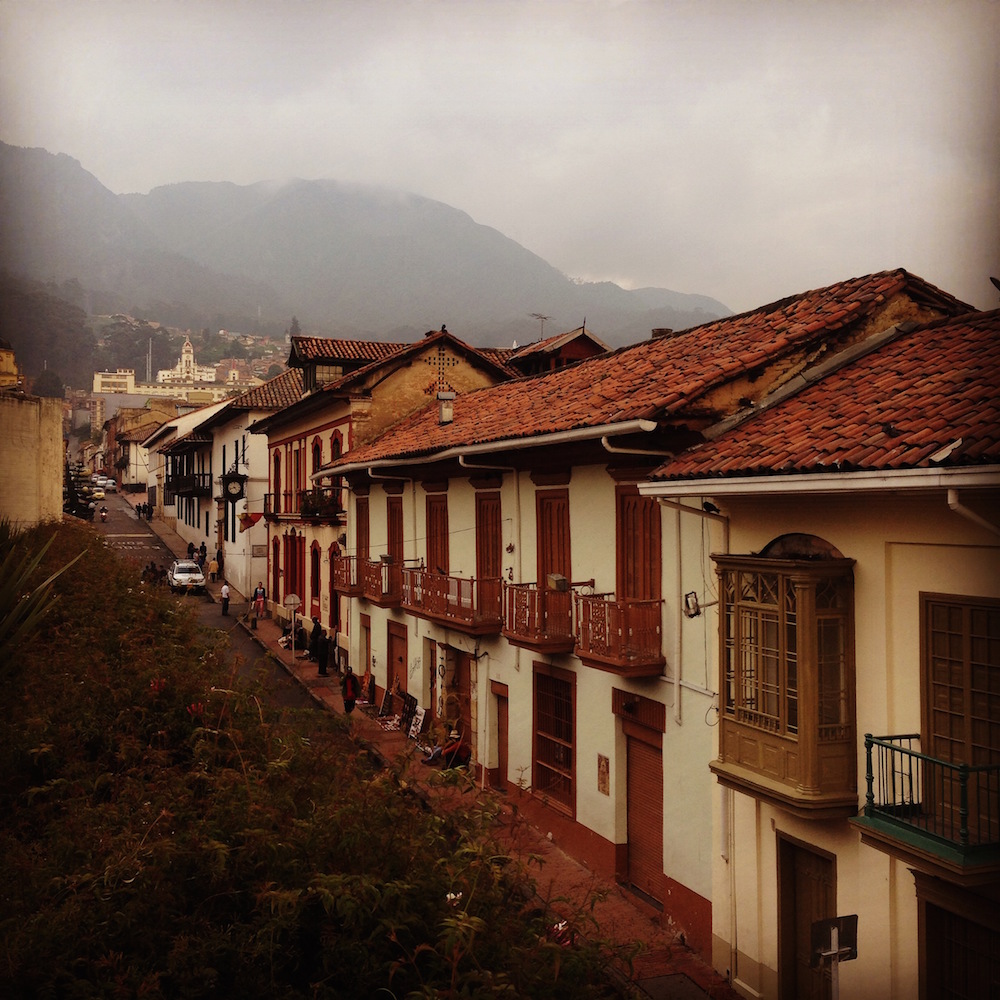 After finishing seventh grade, I found myself at the Tom Bradley International Terminal at LAX, where my mother put me on a plane headed to Bogotá, Colombia.

It wasn’t as crazy as it might sound. I was a blonde, fair-skinned California girl, daughter of a Colombian mother and an American father, with a very superficial understanding of my mother’s culture and language. The plan was for me to spend six months in Bogotá with my Aunt Olga, learn Spanish, and then return home to finish the year at my French school in Los Angeles.

In the minds of many Americans, Colombia is defined not by its foods or friendly culture, but by violence and drug trafficking. In those weeks leading up to my departure, I was faced with people giving me “cautionary advice” on how to survive in a “dangerous” country like Colombia. And while I’m sure no one meant to offend me, I felt insulted. I might have been young for a journey like this, but I was quite sure that there must be more to Colombia. And I wanted to show these skeptics that even a 14-year-old could thrive there.

I arrived at El Dorado airport in Bogotá on a Sunday in early August 2009. The city had shut down its major highways for its weekly biking event, Ciclovía, where from 7 a.m. to 2 p.m. runners, bikers, and skaters are given free rein of the city. I strapped on a helmet, hopped on my aunt’s old rusty bike, and was given a tour of the city by my cousins.

It was the perfect opportunity to see the city I would call home for the next few months. And it dispelled any lingering misconceptions I might have carried from America. For hours, we rode through the brick jungle that is Bogotá: from our quiet neighborhood in Puente Largo to the small park on 93rd Street, where people relaxed on the lush green grass. We rode up along La Carrera Séptima, where old buildings sat sandwiched between newer modern ones. We passed through the Plaza Bolívar, where in the weeks and months ahead I would return often to drink traditional Colombian hot chocolate next to the old Primatial Cathedral of Bogotá and the Palace of Justice, which had suffered damage from riots many years before. 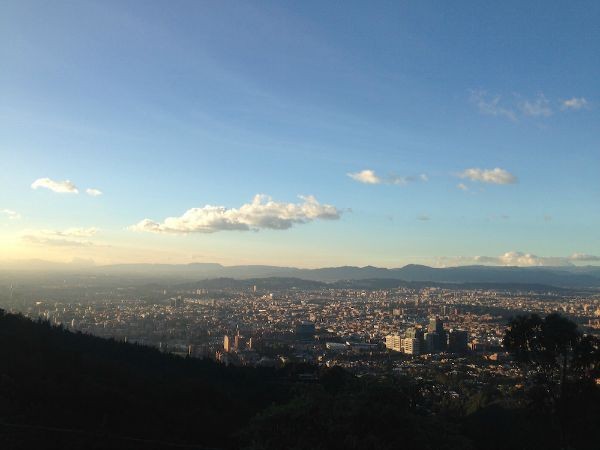 View of the city from La Calera

Eventually, we found ourselves in the romantic and decayed neighborhood of Niza, where my mother and her siblings grew up. There the potholed streets were lined with flowering trees, and the two-story homes stood safely protected behind 10-foot fences.

In those first few months, my family proudly paraded me around Bogotá to show me every hidden nook. My cousin brought me to his favorite restaurant, Crepes and Waffles. My uncle drove me to the outskirts of town to a park hidden in the mountains where it seemed the whole city had come to fly their kites. And my aunt took me up to La Calera, a neighborhood in the mountains, where we ate baskets full of sliced meats and fried plantains before stopping at a roadside lookout to watch the bustling city below.

Bogotá and its surroundings were beautiful, but my first weeks there were hard. I could barely speak the language; I had no friends at my new all-girls’ school; and despite spending my days traveling around the city, Bogotá was frighteningly foreign to me. I was used to the quieter Los Angeles streets where I saw Angelenos from behind their tinted car windows or on uncrowded sidewalks. But in Bogotá, the streets were constantly filled with a jumble of musicians, food vendors, students, and professionals.

Slowly, I got over my homesickness and shyness with the help of my family, who provided unfaltering support and patience. I became comfortable in the fast-spoken Colombian Spanish, and then discovered its beauty. I learned to appreciate a piping hot cup of bitter tinto (black coffee) and experimented with South American fruits like granadilla and lulo. I even learned the confusing steps to fast-paced dances like salsa and merengue with my cousins one night on the curb outside a Cuban club-restaurant. 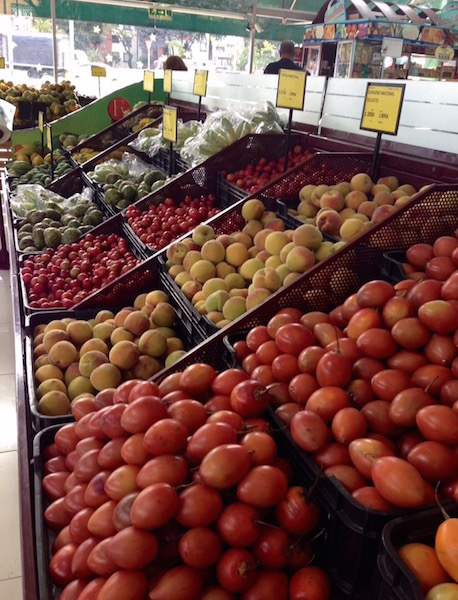 As beautiful as the city can be in the everyday, the arrival of the holidays made it even more breathtaking. In the weeks leading up to Christmas, neighbors competed with each other for the best front yard nativity scene and the parks were decorated with thousands of multicolored string lights.

For nine nights before Christmas day, friends and family gathered at each other’s houses for novenas, or prayers; each night at a different place. My first novena was at the home of my cousin’s oldest friend, Sergio. His mother had worked tirelessly in the kitchen all day, making piles of fried empanadas and buñuelos. By the time we got to the house, the air was heavy with the smell of oils, meats, and masa. One by one, we took turns loading up our plates. And one by one, we took turns reading out the prayers. Finally, well after midnight, stuffed full of food and exhausted from the festivities, we headed home. On the last night—December 24— my family congregated in my aunt’s small living room to celebrate, toast glasses of wine at midnight, and open our presents.

The good cheer and festivities were such that, only a few months after feeling lost, I didn’t want to leave. I felt more comfortable in Bogotá than I ever had at home. I decided to stay another six months until the end of the school year, much to my mother’s delight.

My aunts, uncles, and cousins took me to the large urban city of Pereira, to the lush National Park of the Chicamocha, and to all the small towns in between. I saw the bloated characters of Fernando Botero’s paintings at the Museo de Antioquia in Medellín, zip-lined over the lush South American jungle, and walked on top of the walls of the old fortress that surrounds downtown Cartagena. 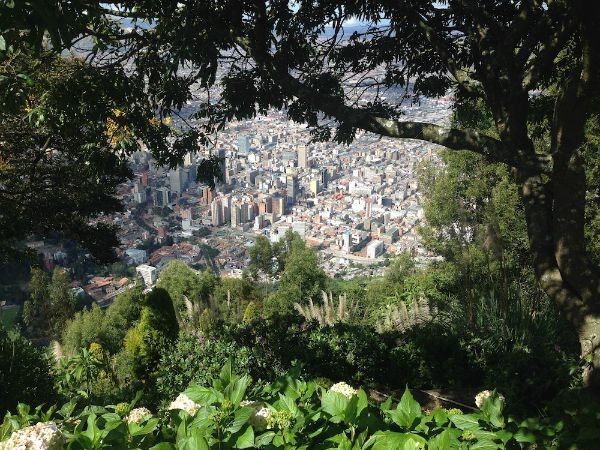 View of the city from Monserrate

Finally, a year after my arrival, I moved back to California. I found it even harder to say goodbye to friends and family in Colombia than it had been to depart Los Angeles. I mourned Bogotá for a while, then fell back into my Southern California routine. But I was different—I identified as Colombian—and full of fresh memories. I listened to my favorite Colombian musicians (among them Carlos Vives and Shakira) and remembered the itchiness of my school uniform and the dazzling view of the city from that little lookout in La Calera.

In spite of my safe return from a “dangerous” country and obvious enthusiasm for my newfound heritage and country, I was faced with the same questions and advice as before I left. Even now, I’m confronted often with the irritatingly unfunny joke about drugs in Colombia. Despite its booming economy and tourism, Bogotá feels like a world away to many people.

In my own life, Colombia is now much closer than it was before. Since that yearlong stay, I have regularly returned to Bogotá to visit friends and family. Despite these frequent trips, sometimes here in California, or at school in New York, I feel an overwhelming nostalgia for Colombian food and music and laughter-filled family reunions. When that happens, I remind myself that the best part about leaving Colombia is the knowledge I can always go back.