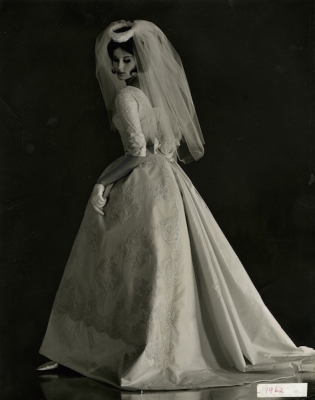 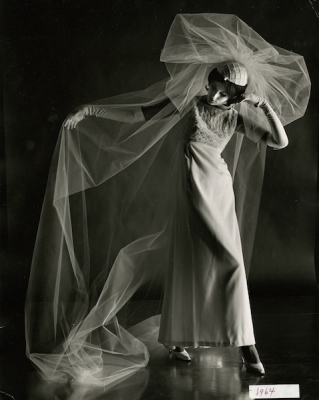 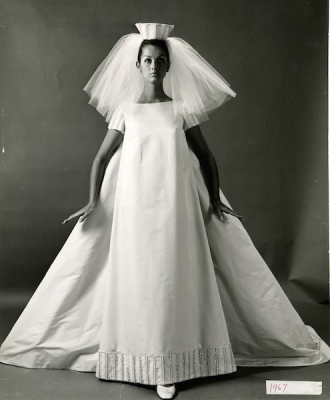 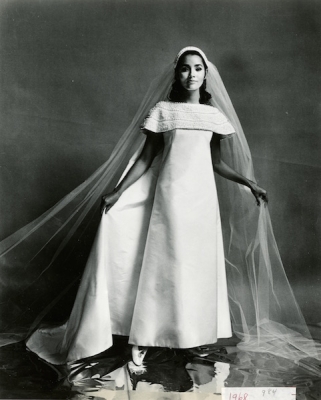 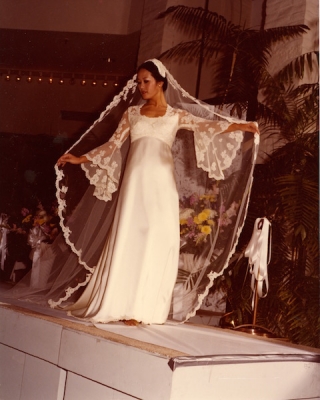 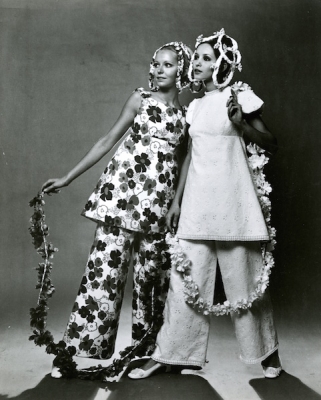 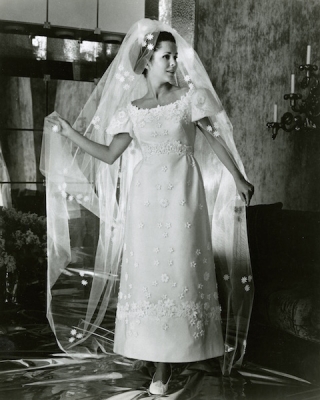 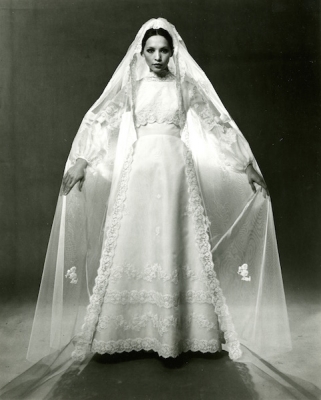 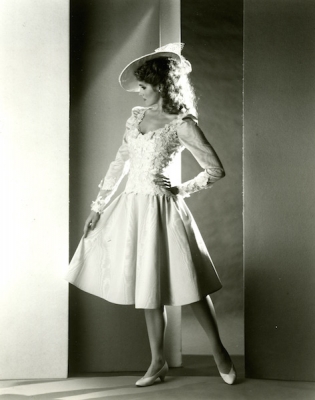 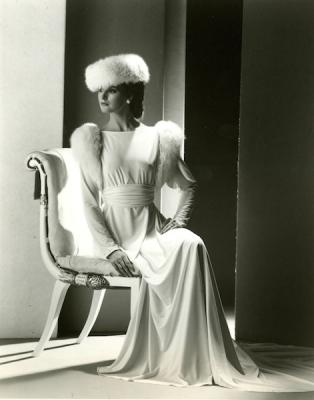 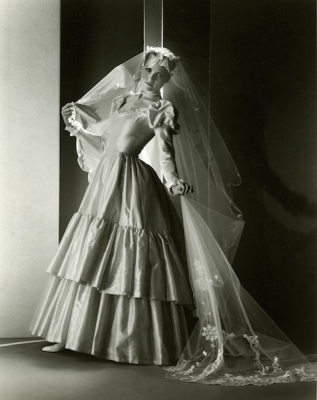 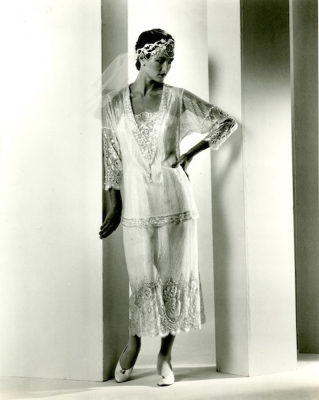 Before Princess Di’s puffed sleeves and 25-foot train, before Vera Wang designed $1.5-million gowns, before we loved watching brides-to-be melt down on TLC’s Say Yes to the Dress, and before every bride scoured the Internet to “pin” her top 50 wedding day looks, Priscilla Kidder was a department store buyer who thought brides needed more choices.

So in 1945, Kidder, a former yarn store owner and model, left her job at R. H. White’s in Boston to open “The Bride’s Shop” at 129 Newbury Street. The store grossed $10,000 in its first week of business, and Priscilla of Boston was born.

Priscilla of Boston soon established a national (and eventually international) reputation for its selection, its blend of ongoing fashion trends and classic looks, and its ornamentation. While most wedding dresses in the 1940s tended to be quite simple, Kidder was the first designer to use large amounts of lace to decorate her gowns.

She was also very democratic in her approach to her customers. Kidder “marketed to older and more mature brides, to women on tight budgets, to petite women, and to larger-sized women,” said Smithsonian’s National Museum of American History curator Cathy Keen. Kidder credited herself with creating the first line of wedding dresses for smaller women.

Attracted by the company’s originality—and by the story of a famed, successful woman-owned business—the Smithsonian acquired a collection of Priscilla of Boston gowns, papers, and photographs in 1996. These publicity photos from the collection show how wedding styles evolved over the second half of the 20th century. And the rise of Priscilla of Boston demonstrates how the country’s wedding industry—which practically every American man or woman interacts with in some way—evolved as well.

“Priscilla Kidder was really influential in spreading the notion that a wedding gown was meant to be a special dress for a bride, rather than just a nice dress that a woman might wear again,” said Keen. “It was her aim to help women make their wedding days extra special and unforgettable.”

While Kidder’s dresses were designed to be unforgettable, these photos show that they were not meant to be timeless. A 1967 gown looks like a longer version of geometric London mod dresses by Mary Quant; a 1970s bride has daisies adorning her dress and veil; an enormous Russian-style hat of white fur and exaggerated shoulders give a 1980s bride a decidedly Cold War look.

Marriage has been an important rite of passage throughout American history, said Keen. “But the way it’s done—rituals observed, choices made, cultural and religious aspects involved—reflects our individual values, and also the culture and the times we live in.”