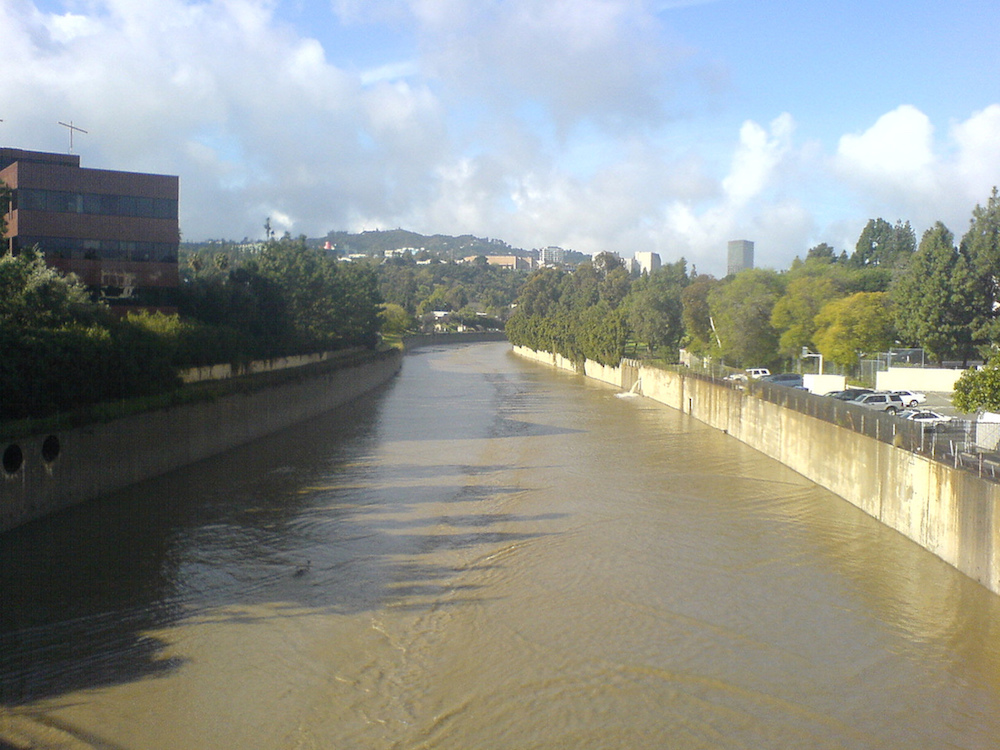 All the progress in revitalizing the Los Angeles River has presented the city with a special opportunity: to develop the communities along the river, as it makes its way from Canoga Park in the San Fernando Valley all the way to the San Pedro Bay. The potential to attract investment, housing, businesses, and better transportation to communities along the river is enormous. But so are the potential obstacles—if we don’t make changes to governance and come up with new tools for development.

I recently completed a report for the Los Angeles Business Council looking at communities along the river, and there is already good news. Communities along the river have seen dramatic growth in employment, housing, and population in recent years, particularly in three places—Warner Center, the Studio City and North Hollywood area, and downtown L.A. The growth also hints at changes in transportation, with an increase in the number of residents relying on car-free commuting in census tracts within one mile of the river. All this has happened before many plans for the river, including the $1 billion, 11-mile-long revitalization plan between the city and the U.S. Army Corps of Engineers, take effect.

In the survey, I also found underutilized land along the river, which holds both promise, and potential challenges, for growth. Since the channelization of the once flood-prone river was completed in 1960, much of the riverside land has been occupied by heavy warehouse and industrial uses that are incompatible with successful neighborhoods that mix retail, offices, and residences. And many of these riverside communities have more impacts from pollution and less access to parks than other parts of Los Angeles.

All the attention and ambitious plans for the river offer the opportunity to transform these neighborhoods, leveraging both the public investment to date and the public investment to come. But there will be challenges, since the river cuts through so many jurisdictions. So far, there has been excellent coordination between governments along the river, but long-term revitalization will require new governance structures for the river corridor. It also will require new forms of financing—in a California where there isn’t nearly enough financing for local projects.

But here is more good news: Enhanced Infrastructure Financing Districts, a new tool created by the state legislature last year as a partial replacement for the old redevelopment agencies, could be formed along the river as a way to pay for developments and infrastructure that integrate neighborhoods with the river.

The state’s water crisis also provides an opportunity to encourage residential and business development along L.A.’s biggest storm channel. Instead of continuing to flush the precious water that rains on us down the L.A. River and other channels, now is the time to create a retention credit and establish a cap-and-trade system. With an open market for credits, developers could incorporate stormwater capture systems in projects built on porous soil along river—or buy and trade credits to make it easier to finance projects in place where the soil is not as favorable to stormwater capture. To reassure developers who might worry about using an unproven new tool, a new joint powers authority could be created to govern the river, and to host a stormwater credit bank to back the new system.

My research showed that creating an Enhanced Infrastructure Financing District for the whole L.A. River corridor could unlock billions in financing. (In short, the idea is that some of the increased property tax revenues in infrastructure districts can help pay for the costs of infrastructure investment in the district.) But a single district would probably be too big for the comfort of the cities and communities along the river. So the best way to start transforming riverside neighborhoods would be to pick two areas as pilots.

Here are the two I’d suggest: the section of Northeast Los Angeles where the river runs from the 134 Freeway to the 110 Freeway and the Metro Gold Line corridor, and the Studio City-North Hollywood area.

Northeast L.A. offers many under-developed areas with potential for residential, office, and light industrial projects. There’s also an exemplary development plan for the area in place, which was produced with the strong engagement of local communities, which contemplates greater integration of neighborhoods with the river.

Studio City-North Hollywood would be a different kind of pilot. It already has a high level of development, but there are no current efforts to manage development near the river. A pilot Enhanced Infrastructure Financing District there could guide higher-density riverside development.

Such pilots—and eventual development along the whole river—could also draw on other revenue streams—like the revenues produced by sales of pollution credits under the state cap-and-trade system, state water bonds, a possible Olympics (because L.A.’s 2024 bid contemplates building the athletes’ village along the river), or even funds from a follow-up to Measure R that Metro is expected to qualify for the ballot next year. The pilots could test how best to use some property for purposes other than its highest economic value (park space along the river or pedestrian paths rather than, say, luxury condos) and how to work with L.A. County’s Metropolitan Transportation Authority as it transforms stations and lines in the river corridor.

To further encourage development, the city and local communities should develop design guidelines, and expedite plan checks and permitting for developments that follow those guidelines. (I’d also suggest increases in bonus incentives for riverside developments that include workforce and affordable housing.)

This is a moment for Los Angeles to seize. The river could get bogged down in existing governance struggles and controversies over financing. Or, at a time when L.A. could use more housing and an economic shot-in-the-arm, the river could serve not only as a foundation to transform neighboring communities but also as a template for progressive development throughout our region.