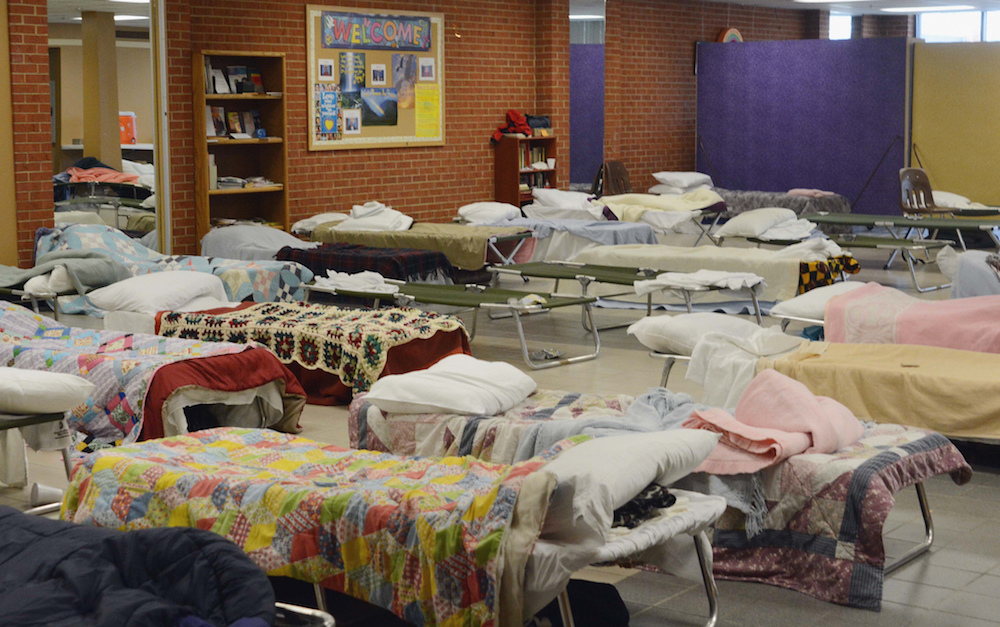 The homelessness issue in America can feel like an overwhelming and abstract problem. As such, it’s understandable that politicians talk about it in broad terms and propose broad policies that treat all types of homelessness as the same.

But as someone who was homeless until quite recently and is committed to finding solutions, I believe the key is to address homelessness with incremental policy initiatives, targeting specific groups. And I think we should start with homeless young people, who have immense potential to change their lives with assistance.

Dad and I stayed in a Culver City motel for about a month. Then we moved into his car, a compact Geo Metro.

I was 18 and living with both my parents in Santa Monica in 2008 when the economic downturn came. My dad, a salesman in the commodities industry—primarily via telemarketing—and the sole breadwinner, was no longer able to maintain his level of income. My mother, who has Huntington’s disease, was deteriorating at a progressive rate and couldn’t take care of herself. We fell behind on our rent, and I couldn’t continue at Santa Monica College, where I had been enrolled for a semester. Finally, we were evicted and my mother went into a nursing home, partially funded and cared for by her brother. Dad and I stayed in a Culver City motel for about a month. Then we moved into his car, a compact Geo Metro.

That began a six-year journey for me. At first, my dad made a go of it in the car, finding secluded spots to park and moving around from night to night to avoid the notice of the police. My dad was trying to get work, and I was spending a lot of time at the public library reading.

I learned about the Ocean Park Community Center (OPCC) shelters and wanted to access their services, but my dad, too proud to accept a handout, refused. So we split up; I moved into a shelter, he stayed in the car. We lived separately from then on, but stayed in touch and continued to support each other.

I desperately wanted to get work and develop skills. I started with telemarketing, trying to emulate my father, but I couldn’t make any real money at it. I worked retail at Sears in Santa Monica, but that was a dead end. Over time, I couldn’t make enough money to meet the savings goals that the OPCC shelter set for me. I left their program.

Eventually I decided Santa Monica was the problem, with a cost of living that’s too expensive for someone trying to pull himself out of homelessness. So I moved east into downtown Los Angeles, looking for work everywhere and moving between shelters, including PATH (People Assisting the Homeless) and the Weingart Center. When my situation grew particularly bad, I even slept on the streets. The transportation system often defeated me; I’d miss a bus back from a job and miss the inflexible curfew at PATH, and spend the night visiting coffee shops, diners, and other 24-hour places.

One day in 2014, desperate for a place, I called L.A. County’s 211 phone line for housing services and learned about Jovenes, a program serving young homeless young men, ages 18 to 24. I was 24, nearly too old. But after a wait, I got in, and it made a difference.

Jovenes’ focus on a specific subset of the homeless population made its services much more effective. It was designed for people like me—there was greater flexibility with regards to curfew and such. If you were running late because of an interview or a class, you could call your case manager and explain the situation. And because my fellow Jovenes clients were around my age, it was easier to compare notes and make connections than in a typical shelter.

The transportation system often defeated me; I’d miss a bus back from a job and miss the inflexible curfew at PATH, and spend the night visiting coffee shops, diners, and other 24-hour places.

At Jovenes, I found it easier to make progress. When I got into the program, I had just finished a six-month gig at the L.A. Food Bank. Jovenes helped me find warehouse positions that allowed me to save enough to put down first and last months’ rent for an apartment owned by the organization. I now pay rent on $500-a-month unit in the South Park neighborhood near downtown. (Thanks to an additionally subsidy program, I’m slowly building up to the full amount over 12 months.)

I also have found time to go back to school at Santa Monica College. It’s a hike, but Santa Monica has a strong transfer rate; in two years, I expect to have an associate’s degree, and then transfer to USC (just a mile away from my house).

I don’t want to make the Jovenes program seem perfect. It isn’t. And I know it doesn’t work for everyone. Still, I think they have very innovative and effective systems in place, designed for a specific demographic. I understand why the other shelters I stayed at had certain regulations and rules. Parents with minor children, recovering drug addicts, disabled veterans and the mentally ill all have different needs. And so do homeless youth. The biggest mistake that’s being made in the homelessness services field is trying to use a one-size-fits-all approach.

I’m still working to improve my life and those of my peers. In particular, I’m motivated to address and combat the issue of youth homelessness. One part of this was serving as a counter in the Los Angeles Homeless Services Authority (LAHSA)’s Homeless Count. The goal is to improve how we figure out the size of the homeless population. One focus has been to get out in the field and do more counting of homeless youth (who might be living on the streets or in a car, as I once did). The counts are also reaching into new regions that were missed before; I was part of the first youth count in East Los Angeles.

I think there’s real potential for homeless young people to help each other—to learn from our mistakes and to bond over our successes. A young person can go from an orphan or homeless or in a gang to being a fully formed successful adult—in the space of two or three or five years. I’m fortunate to be one of those who have changed.