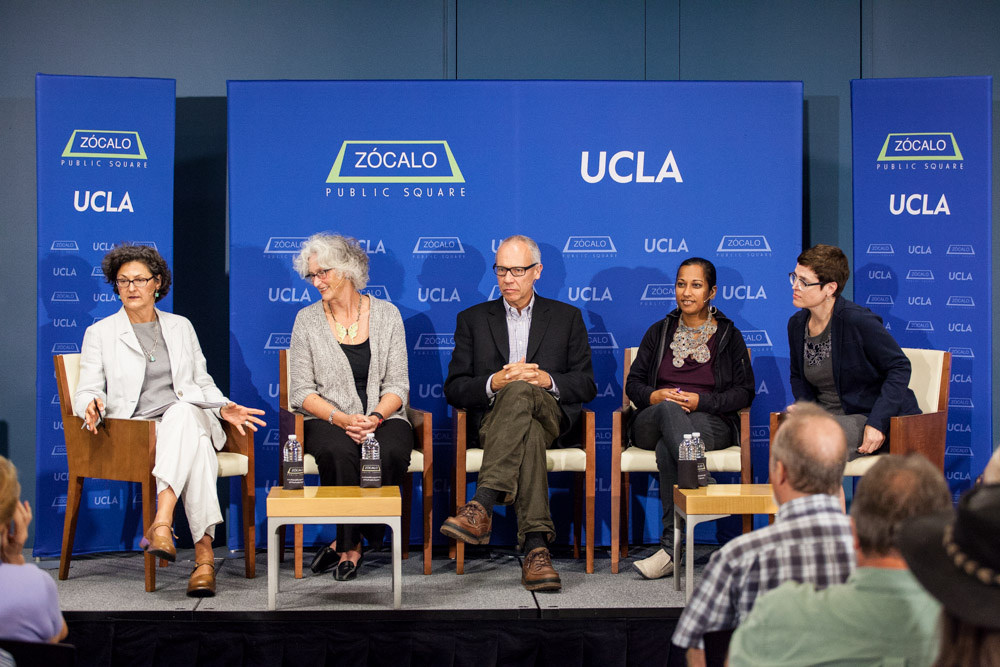 In California, few environmental issues are as hotly debated as fracking. Short for “hydraulic fracturing,” fracking is a process of drilling for gas and oil by blasting a high-pressure watery mixture into shale, an underground sedimentary rock, to release natural gas and petroleum. This natural gas is cheaper and cleaner to burn than coal, but many environmentalists argue that fracking still spells disaster for the state. So what are the real environmental consequences of the practice?

A Zócalo/UCLA “Thinking L.A.” event at the RAND Corporation explored the roots of the fervor surrounding fracking in California, and attempted to dispel many misconceptions regarding its effects—both detrimental and beneficial.

In front of a standing-room-only crowd, Los Angeles Times environmental reporter Julie Cart, the evening’s moderator, opened the discussion by referring to the recent scramble by companies to set fracking operations along the Monterey Formation—the state’s extensive sedimentary formation estimated to contain billions of barrels of oil—as a “modern day gold rush.” Is there something about this allure of profit that fuels fracking hysteria?

“I’m inclined to say yes,” said Edward Parson, the faculty co-director of the UCLA Emmett Institute on Climate Change and the Environment. “It’s uncommon, and kind of odd, that a single technology would become the focus of intense political disagreement. Fracking has significant environmental risks associated with it, like oil and gas. But with the whiff of gold in the air, it’s hard to do rational assessment.”

The risks of fracking include water depletion—the process demands large amounts of water, a resource in short supply in drought-stricken California—the release of methane and other harmful gases, water contamination, and possibly even an increased likelihood of earthquakes.

“The thing that really amazes me about talking about such aggressive hydraulic fracturing in this region is the water that’s required,” said Aimee E. Curtright, a professor at the Pardee RAND Graduate School. She also pointed to the dangers of chemicals found in the waste water from fracking, which if not treated, can work their way into the environment to harm plants and wildlife and contaminate our food. They include metals, salts, and even radioactive materials. “You have to worry about the chemicals that are going in, and the chemicals that are coming up,” she said.

Aradhna Tripati, a UCLA geologist, expanded on the differences between the Monterey Formation and shale formations on the East Coast. “The Monterey is an extremely complicated formation,” she said. Whereas the eastern formations tend to be flat and homogenous in composition, the Monterey is heterogeneous and convoluted. Combined with California’s high population density and water scarcity, she explained, these factors make it difficult to understand the extent to which fracking is damaging the environment, if at all.

“I’m not fundamentally against fracking,” she said, “but if it’s done, I want it to be done safely.”

The panelists all endorsed this sentiment, though they often challenged each other on the finer points of the potential impacts of fracking.

Jane Long, a California Council on Science and Technology researcher and author of a report on fracking in California, resisted a number of assertions about fracking’s dangers. The amount of water used in California for fracking is actually minor compared to the amount used in Pennsylvania, she said. And there’s currently no known correlation between water injection into the ground and earthquakes in California, despite widespread panic about this.

That’s not to say that she didn’t have major concerns, however. The real worry is “this big chemical soup” that comes out of the fracking process, she said. And if frackers continue to drill deeper and deeper into California, as opposed to the shallow drilling they’re doing now, earthquakes in fact “could become a big problem.”

Still, the panelists agreed, fracking has real benefits, as well. “There’s money to be made. There are jobs,” Curtright said. “It’s true that natural gas is good from a climate change perspective, relative to coal. … Some people disagree, but that has to do with leaky pipes [in the natural gas pipeline infrastructure]. That’s a solvable problem.”

Ultimately, the panelists suggested that the issue of fracking—and the production of oil in general, of which fracking makes up only a small part, in spite of what most people think—presents us with hard choices about short-term vs. long-term benefits. As Parson explained, there aren’t easy answers: “How do we move the world, over 50ish to 80ish years, to a completely different energy economy that doesn’t depend on releasing CO2 into the atmosphere?” he asked. “In the absence of a comprehensive regulatory approach … there are all these awful tradeoffs: Fracking means a lot of cheap gas; that’s good for growth, consumers, and jobs. But it also means pushing off not just coal, but investments in renewables, which are the only way to get emissions way, way down. That’s the biggest environmental problem.”

Panelists agreed that focusing on long-term sustainability was the right way to go in the end. And despite the obstacles, everyone seemed to hold out hope for progress. In a lively question-and-answer period, Long addressed concerns that California is not making efforts to curb fracking, despite how much is still unknown about its potential harm. Why can’t California just ban fracking until there’s clear evidence it’s not causing damage?

“The state has established an interagency task force that’s developing a plan to implement our recommendations,” she said, referring to the recent report she authored. “The response at all levels of the government has been very positive. They are taking action.” 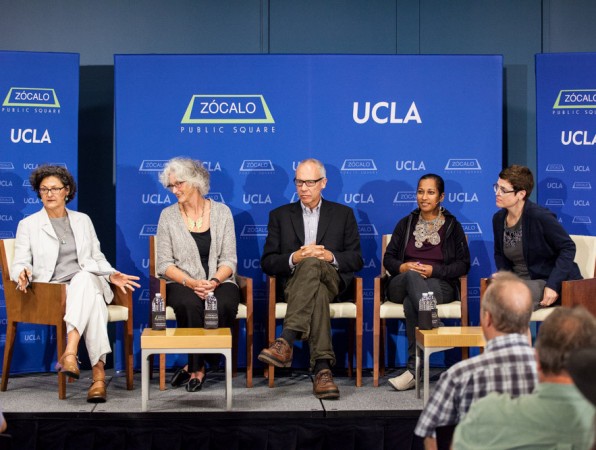 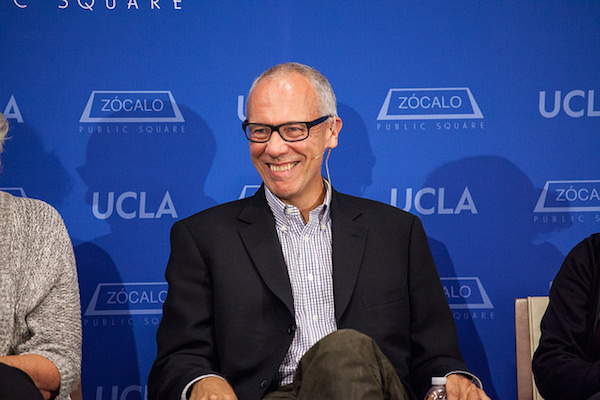 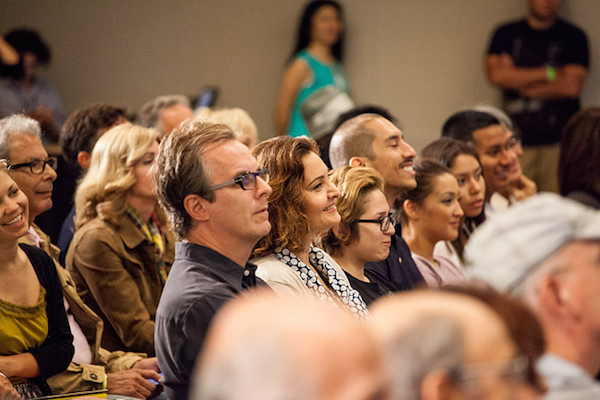 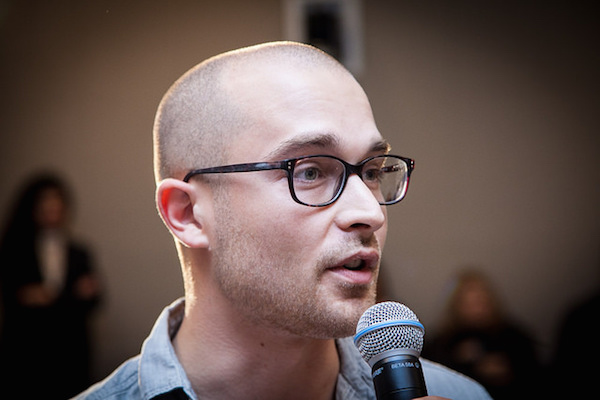 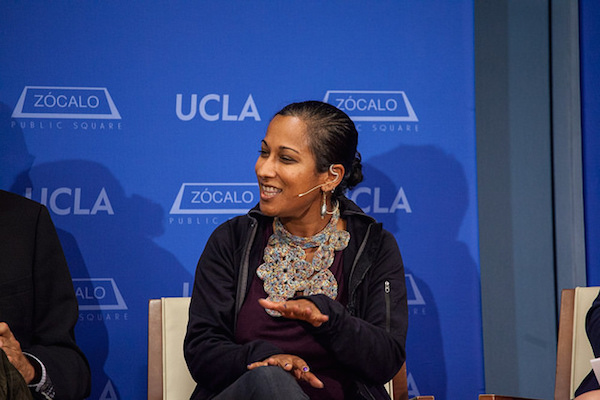 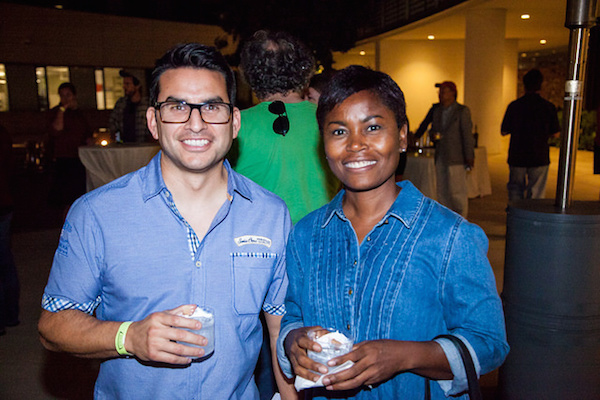