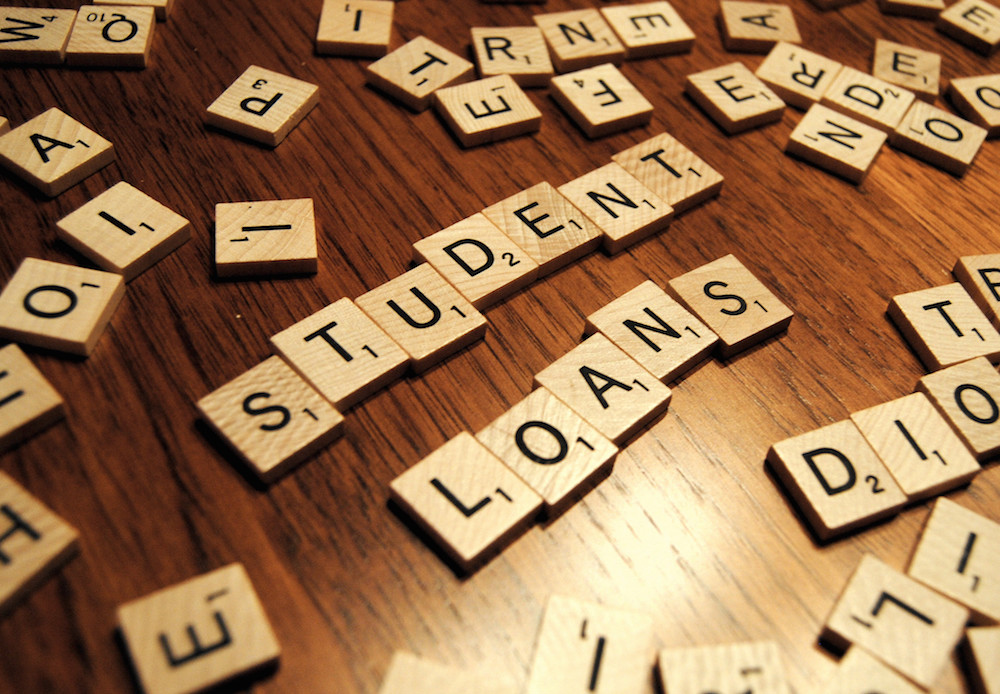 Twenty years ago, I moved from Redondo Beach, California, to Cambridge, Massachusetts, kicking off a 10-and-a-half year stint at Harvard. I earned two degrees in disparate subjects, ate too many slices of late-night pizza, and grew up in ways I never could have imagined.

A few weeks ago, I finally finished paying off almost $60,000 in student loans.

According to the to a recent analysis of government data by Mark Kantrowitz of the college-planning resource Edvisors, the class of 2015 owes an average of $35,000 in loans per graduate. American students past and present now owe almost $1.2 trillion, which could buy 333 billion slices of my late-night spinach Sicilian pizza from Pinocchio’s. Even after paying off my loans, those numbers are still daunting to me; finances are not my forte.

Fair warning: This isn’t a sob story. I know friends who paid loans off five years early, friends who’ve pulled every trick in the book to defer and extend payments, even friends who have defaulted. In contrast, I was slow and steady. By setting clear expectations of my quality of life, I mastered my debt through a combination of frugality, unwavering progress, and head-in-the-sand ignorance.

I come from a solidly middle-class family: parents still married, two kids, a tract house on a cul-de-sac in a good school district. Mom was raised on a farm in Montana; Dad’s an Air Force brat from Arizona. Both have degrees in the sciences from large public universities, and both have been near-continuously employed from college through retirement. My plans were similar: I thought I would attend UCLA, pay in-state tuition, eat the occasional slice of pizza, and become a pediatrician or veterinarian—for the work, not for the money. Already prudent as a teenager, I’d heard tall tales of inescapable student loan debt, and thought a state school was a good bet.

These neat ambitions soon veered off my intended path. When a set of twins a year older than me got into Harvard and told me about its need-blind admissions program, I decided to apply. Need-blind schools promise to provide as much financial aid as necessary to any admitted student, through a combination of scholarships and loans. When I was accepted, the financial aid package wasn’t as generous as other schools’, but I took a leap of faith and thought I could make it work.

In my first week on campus, I walked into a cramped lecture hall to sign promissory notes I didn’t understand. Since financial aid offers only apply to the current school year, I didn’t know that I would end up borrowing roughly $18,000. Even the first year’s loan (about $5,000) was daunting to someone who’d never handled money in such large sums. My largest purchase to date was my first car, a used Toyota Celica that cost a tenth of that.

These loans and scholarships covered tuition, housing, and a full meal plan. On my own, I was responsible for textbooks, clothes, entertainment, and other incidentals. So I bought used books, shopped for vintage winter coats at the aptly named Dollar a Pound, and rarely went out to eat; those slices of late-night Noch’s pizza were a special treat. I did occasionally splurge on my passion of watching live theatre.

While other students had more expensive clothes and hobbies, I never felt I was missing out. College fit my expectations: still comfortably middle-class, just with warmer clothing. After the first couple of months, neither daily finances nor future promissory notes seemed scary. The loans were easy to ignore; I only saw statements once a year, when signing new promissory notes. I didn’t have a plan for how to pay them off, just confidence that I would, once I got a real job.

After graduation, three former professors asked me to be their teaching assistant, so I delayed applying to medical school. Responsible for my own room and board, I shared one floor of a triple-decker with two roommates and learned how to cook simple meals. I easily handled rent and utilities, so when loan payments kicked in after a six-month grace period, they just seemed like another check to write. I chose the standard plan of equal monthly payments for 10 years rather than the gradated plan where payments increase every month; I didn’t really understand the finances, but thought that identical checks seemed easier to write.

A year after graduation, my former undergrad dorm invited me to become a resident advisor, so I could live and eat for free. This financial freedom helped me rethink my life goals. Instead of medical school, I enrolled in grad school for architecture in 2002. The Graduate School of Design at Harvard offered me loans and summer work-study, but no scholarships. I was able, however, to continue teaching chemistry and serving as an RA. For three and a half years of school, I only took on an additional $40,000 in loans, much better than friends who took out over $150,000 in debt. Again, I set my expectations differently; I thrived with multiple challenges, while other classmates focused solely on school, and were willing to take out more loans to do so.

After I graduated, in 2006, I returned to Los Angeles. Even with about $54,000 in loans, I looked for jobs based on the design experience I would gain, not the paycheck I’d earn. Having paid my loans previously, I was sure I could do it again. I found an amazing firm that specialized in designing theatres. My starting salary, just over $40,000, was much lower than it would have been at a corporate firm, but I was able to turn a passion into a career.

I didn’t stop living frugally. I shared an apartment in a charming fourplex with a college friend, cooked most meals at home (including bringing lunch to work), and limited myself to two drinks on a night out. I swapped out Dollar a Pound for Jet Rag and Target. My infrequent vacations were road trips, staying with friends and family rather than in hotels. I didn’t feel like I was missing out on anything, because this was how I’d set my expectations: simple, relaxed, middle-class.

My student loan debt taught me that regular, progressive finances work for me. Even in my first job, I made small contributions to a retirement plan. After five years and a few raises, I increased my student loan payments and began to save for a down payment for a house. Steadily paying back tens of thousands of dollars in student loans helped give me a high credit rating, and I easily qualified for a mortgage. In 2013, I bought a duplex with a good friend, and we’ve been slowly renovating.

This September, when I paid off my loans, it was actually underwhelming—no champagne, no nothing. To put my loans in perspective, my half of the mortgage is about $220,000 of debt. But even that doesn’t seem scary when spread out over 30 years. I’ve slowly increased my standard of living within my means. I may still have a roommate, but I do eat out more frequently—and still long for that spinach pizza from Noch’s.