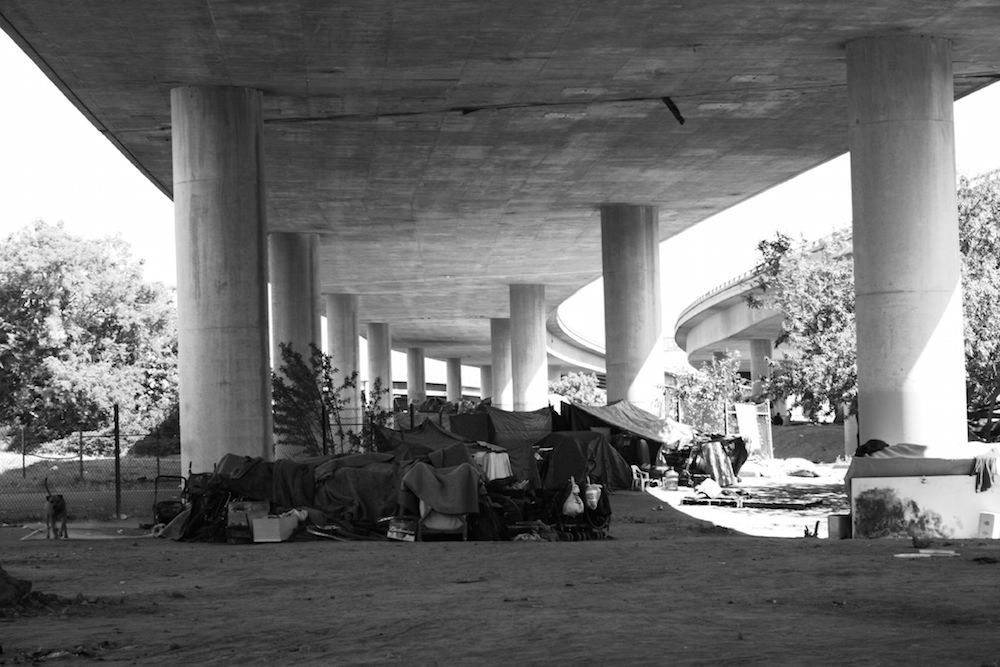 Cut back on cars

In 1984, Dan Whitehurst, then-mayor of Fresno, California, appeared on Late Night With David Letterman to discuss a depressing distinction: his city had been ranked the least livable in America by Places Rated Almanac. During the discussion, Letterman asked if there’s even anything to like about Fresno. “It seldom gets over 120 [degrees],” Whitehurst said.

Fresno has been the butt of jokes for decades—for a recent example, see Monsters vs. Aliens’ swipe at America’s 55th largest television market—but the teasing touches on some grim realities about the city. Despite years of attempted interventions, Fresno still faces intense poverty and crime. Its rates of homelessness are among the nation’s worst, and its levels of unemployment and “brain drain” are similarly dismal.

Sadly, Fresno isn’t alone in this struggle. From Rochester, New York, to Brownsville, Texas, numerous medium-sized cities across America are trying to find ways to deal with hard economic times. Without the exposure and resources of the country’s largest metropolitan areas, how do these cities dig themselves out of their holes?

In advance of the Zócalo/The California Wellness Foundation event Can Fresno Win the War on Poverty?, we asked experts in California and beyond: What programs, projects, and policies are helping midsize cities like Fresno fight poverty?

Fostering economic security is one of the critical challenges facing Fresno and communities across California. But it’s a challenge we have the tools to meet.

One strategy Fresno leaders could pursue is making sure residents benefit from the public supports that are already available. Low-income workers in California could keep more of their earnings by participating in state- and federal-level Earned Income Tax Credits (EITCs). Together, these two credits can boost household income for a Fresno family with two children by as much as 75 percent. Local leaders also could push for more participation in CalFresh, which provides food assistance to low-income households, but currently reaches just two-thirds of those eligible.

A second strategy for Fresno is local policy action aimed at boosting wages and expanding access to early learning programs. Increasing incomes, in particular, must be central to any poverty-reduction effort, because even though two in three heads of impoverished California families have jobs, these jobs don’t pay enough. Fresno’s policymakers can improve workers’ earnings by gradually raising the local minimum wage.

Reducing poverty also requires increasing access to affordable, high-quality childcare and preschool. Childcare is one of the most expensive items in many families’ budgets, so expanding access to it ensures that parents can afford to work.

These various approaches work best in combination, so that they can reach more people, more effectively, than any one policy. If we make cutting poverty a priority, the right policy choices can put us on a path to a stronger Fresno, and a stronger California.

Chris Hoene is executive director for the California Budget & Policy Center, a nonprofit organization that engages in independent fiscal and policy analysis and public education.

Fresno faces the same three central challenges as are common in medium-size cities across the country:

• As businesses grow, the skills of the regional workforce don’t match the needs of employers.

• Regional wages and incomes are inadequate to drive robust growth and a stronger tax base.

• The impact of climate change is constraining resources. (California’s agriculture industry, for instance, has been hit particularly hard by drought, which is depleting water tables.)

The solutions to overcoming these challenges will not be easy to implement, but here’s a potential approach: Invest in education to create a great public school system for every child; develop regional workforce and career training capacity; increase wages in lower income occupations; and invest public dollars in water conservation and new innovations in water-efficient agriculture.

This four-point plan rests upon a basic economic development strategy that can rebuild other American cities like Fresno—one that further develops existing natural, economic, and human assets in ways that lift up the regional economy and share that growing prosperity with people who call it home.

Fresno has a lot to work with, despite its high poverty rates. It’s the most productive agricultural county in the U.S., and it already has a well-established distribution infrastructure to bring food products to markets around the country and world. Health care and public services like libraries and the police department are also economic engines of the region that produce many jobs. Manufacturing is still alive and well.

By focusing on its particular strengths, Fresno, like any other city, can flourish.

Donald Cohen is the executive director of In the Public Interest, a national research and policy center focused on public services, economic development, and public-private contracts.

One big reason our city has remained a significant high-poverty area is that we have allowed ourselves over the past six decades to grow geographically, socially, and economically divided. Clear disparities in residents’ quality of life have formed hard boundaries between older, neglected, lower-income neighborhoods primarily in south Fresno, and newer, higher-value residential subdivisions in north Fresno and its adjacent city, Clovis. Many south Fresno residents do not have access to job training, affordable housing, recreation space, health care, and public services.

Fresno’s separation also has resulted in a lack of empathy—that critical element in any healthy relationship of being able to see ourselves in others. In my view, many residents do not appreciate the need for disadvantaged community members to have a real voice in how the city’s resources get prioritized and distributed.

While Fresno Metro Ministry believes in the benefits of advocacy and policy work, we focus our leadership and revitalization projects on an approach that relies on community members’ skills and passions as the primary building blocks of community development. The idea is to draw from the power of local associations and institutions to build stronger, more sustainable, and integrated neighborhoods.

The key to tackling poverty in medium-sized cities like ours is to directly engage disadvantaged community members in relationships of mutual learning, and develop projects that increase residents’ own ability to defeat poverty.

Keith Bergthold is the executive director of Fresno Metro Ministry. Previously, he was the city of Fresno’s assistant director of planning.

Cut back on cars

What is the single most important thing that could be done to reduce poverty in Fresno and cities like it? At the University of Louisville Center for Sustainable Urban Neighborhoods, we research ways to increase the wealth of the poor, and we’ve found that one particular idea could help families below the poverty line—who in Fresno number more than 120,000—save as much as $8,000.

The solution? Don’t make people have to own cars. Instead, give them more transportation choices, and opportunities to live in neighborhoods closer to school, work, and places of worship.

Our analysis, which included 148 U.S. cities with populations over 50,000, found that when cities increase the use of car sharing, buses, rail, cabs, biking, and walking, poor families’ employment and incomes increase, too. For minority households, this increase amounted to more than $5,000 per year, on average. Homes in these transit-oriented cities are abandoned less and have fewer foreclosures and higher values, which means a better nest egg for retirement for the two-thirds of city residents who own homes.

By cutting back on single-operator car usage, citizens reduce air pollution, which creates a healthier environment. Plus, using transit is healthier for people; you have to walk to use the bus or train, and you have time to relax, both of which reduce stress. And that has economic benefits, too: More walking and biking equals less money spent at the doctor’s office, and a healthier, more productive workforce.

John I. “Hans” Gilderbloom is a professor in the planning, public administration, and urban affairs program at the University of Louisville, where he also directs the Center for Sustainable Urban Neighborhoods. Chad Frederick, a research associate at the center, also contributed to this response.

Since the Great Recession, trends like a huge increase in outlays for food stamps have forced us to face a major question about our approach to fighting poverty: How do we create pathways out of hardship, instead of doubling down on public assistance programs that all too often result in generational dependence?

The U.S. Department of Agriculture has tried to create these pathways for more than 20 years by funding an Employment and Training program, which helps food-stamp recipients find work. But as the department’s secretary Tom Vilsack has acknowledged, the program has shown little evidence of outcomes. So earlier this year, the USDA awarded 10 grants nationwide for innovative pilot programs that could help.

One of the grant recipients was Fresno County, which has partnered with the non-profit Reading and Beyond to run a program I founded called the Fresno Bridge Academy. FBA enrolls low-income families in “academies” that provide job training and job placement assistance, life skills training for adults, and mentoring for kids. So far, the results have been great: More than 80 percent of families enrolled in the program increase their income, and more than 30 percent get off food stamps within 18 months. The program integrates services that are already available in the community, so it is very cost-effective. And for every taxpayer dollar invested in the FBA, taxpayers are getting a $5.50 return, in the form of reduced outlays for food stamps and income taxes generated from families that came into the program as tax consumers.

We have learned that even in areas of high unemployment, it’s possible to provide pathways out of poverty, but the process is relationship-intensive. Agency-centered, silo-based approaches won’t work. Successful programs must be family-centered, with individualized plans that remove the obstacles that impede self-reliance.

Peter Weber is the founder of the Fresno Bridge Academy. He also serves on multiple non-profit boards, including as co-chair of California Forward.