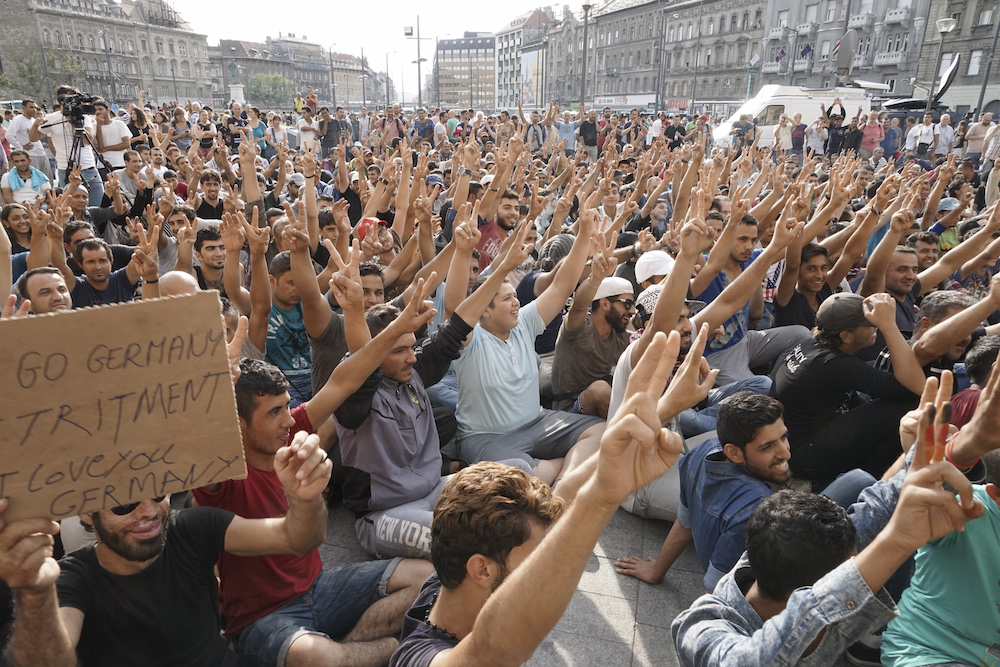 She came from a safe city, at least by Syrian standards. Tartus is a government stronghold and home to a Russian naval base. Unlike in Aleppo, Homs, and Idlib, the regime hadn’t dropped barrel bombs; rebel shelling was rare. But as the years wore on, Syria’s war came closer, and 28-year-old Rawia’s life was filled with fear and uncertainty. When would she next eat? Would pro-regime gangs on the street decide she looked suspect?

One day not long ago, Rawia became one of the millions of Syrians who decided it was time to leave. Her reasons were complicated, and the decision broke her heart. She could see her country’s youth being swallowed by the hopelessness of war as schools closed and militias ballooned. “We are losing all sort of young people, I didn’t know how to support them,” she says from the safety of the United Arab Emirates. As much as she wanted to stay and help, her calculation boiled down to this: The safety net she had been relying upon to survive Syria’s conflict was stretched beyond its breaking point.

That safety net was overseas family, and their little-noticed, silent influx of financial support crossing borders over these years to keep millions of Syrians back home alive. Some 10 million people of Syrian origin lived in the diaspora by the time the uprising began, and their remittances have helped many families stave off the worst suffering. The diaspora paid rents, sent grocery money, shipped in medical supplies, and wired emergency funds. But after four years of extended families depleting their savings, and as the needs back home keep mounting, the math has stopped working. This is one of the explanations underlying the death-defying flight of hundreds of thousands of Syrians into neighboring countries, Europe, the Persian Gulf, and elsewhere.

For the past two years, I’ve met members of the Syrian diaspora across the Gulf, attended their fundraisers, and watched their businesses go bankrupt as revenues were re-routed to humanitarian aid. It is impossible to know just how much money they sent, and estimates vary widely—from $2 billion to $20 billion since 2011. But what is certain is that the sums kept millions of Syrian families afloat.

Four years into the conflict, however, the diaspora can’t keep up with the bills. “In the peaceful days, I was able to pay for my family in Syria even from my own pocket,” one Syrian expatriate worker in Dubai explains. “Now I cannot. I have a mother overseas, a brother abroad, an uncle who is not working, and his kid is injured. … To support them all used to be sustainable and now it’s not anymore.”

Rawia’s case is typical. The war took its time in reaching her. In 2012 and even early 2013, life continued as usual. Then slowly, the price of fuel climbed up; soon it wasn’t available at all. Food was costly. Thousands of impoverished, scared civilians started to arrive from the countryside with tales of horror that the city hadn’t yet seen. “The number of poor people increased so much,” she says.

The fighting itself grew closer too. Pro-government gangs known as the shabiha became the enforcers of life on the street. Rawia started staying home after 4 p.m., before the roving thugs came out. She is a Christian and a supporter of the opposition to Syrian President Bashar Al Assad, but in Tartus, she recalls, “I cannot open my mouth.”

Rawia’s lifeline had been her brothers, longtime expatriate professionals in the United Arab Emirates. They had sent money to pay for cooking gas when prices rose and helped her buy bread when it wasn’t safe to work anymore. By early 2014, however, the brothers were running out of cash and the prices in Syria were going up. Rawia left for Lebanon, and then took a flight abroad. She isn’t sure if she’ll ever go back.

Even if aid groups had been more active in Tartus, they likely wouldn’t have stopped Rawia from picking up to leave. What she lost wasn’t just a monetary amount, but the guarantee that there was something to fall back on. She lost stability, hope—a future that would lead somewhere. When family and friends told her she was on her own, the very idea of tomorrow in Syria evaporated.

Many refugees aspire to resettle in the very countries they blame for standing by as Syria has fallen apart. The West initially promised insurgent Syrians help; in 2011, after the government killed thousands of unarmed demonstrators, the European Union and the United States called on Assad to step down. But in the coming months and years, no one set up a no-fly zone, helped evacuate civilians, or did much of anything as the regime bombed breadlines and dropped chemical weapons.

Now with their blind hopes, the scores of civilians running to Europe offer the West one last opportunity to prove Syrian lives matter to them. If they are not cared for, integrated, and welcomed, Europe risks creating a new, marginalized class vulnerable to the very deprivation and even extremism they have fled from.

Most Syrians would likely prefer to have stayed in Syria or somewhere close by, where family, culture, and language are familiar. Indeed, the first to flee settled in neighboring countries close to the border, expecting to return quickly to their former lives. Arrivals to Jordan’s Zaatari camp pitched tents they thought would need to last them a few weeks. Four years later, those first inhabitants are still shocked to find themselves refugees.

In neighboring countries, too, Syrian refugees were dependent on the quiet lifeline of their wealthier relations and friends. Expatriates in the United Arab Emirates, for example, organized to send shipments of medicine, sanitary supplies, rice, and dates to the neighboring countries where many had displaced family. The vast majority of refugees in Turkey, Lebanon, and Jordan live outside of the official refugee camps, which means they need to pay their own rent and living expenses. Legally barred from working in their new homes, refugees looked to overseas help.

Meanwhile, for reasons inexplicable to the millions of Syrians in need, the world hasn’t been galvanized by their heartbreak. Aid officials complain it is impossible to drum up public support for donations in the West. Even as the needs compound, international aid per person has actually fallen. In 2013, the UN recorded $4.6 billion in aid, compared to $5.1 billion in 2014—a rise of about 10 percent. But during the same period, the number of refugees Syria rose from 500,000 to 3.7 million, or 750 percent. With funds stretched so thin, every month brings a new announcement that relief groups will have to cut back their services. The only help for Syrians these last four years, it has often seemed, was from themselves.

The new Syrian diaspora will not be like the old one. Before the war, living in Europe was a dream reserved for rich; something doctors and lawyers could aspire to. Now, the dangerous escapade across the Mediterranean has become the last resort of the poor. They will arrive destitute and alone, fragile from living through years of atrocities and equipped only with their fading dreams.