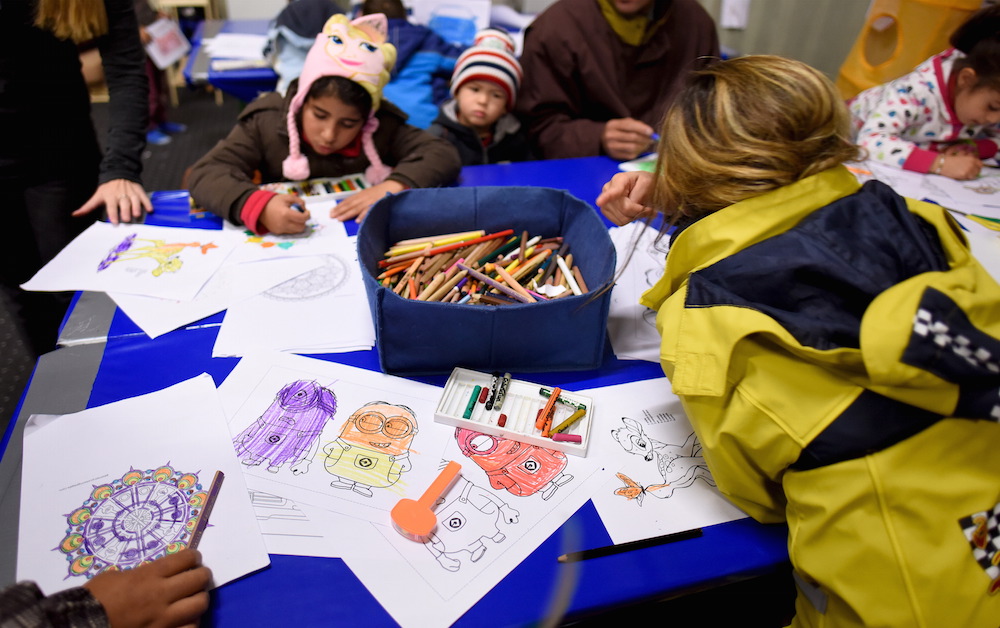 In recent months, the news media have broadcast striking images of refugees that prompt sympathy and assistance from well-meaning individuals and charitable organizations, and can even help persuade governments to act in a generous rather than mean-spirited manner. But repeated images of human suffering and distress also imply that refugees pose a challenge or uncontrollable threat to the countries they are seeking to enter, and over time carry the potential to make governments respond to public anxieties by pulling up the drawbridge, as if the state is a “fortress” that must be protected.

Powerful images selected for their depiction of extreme distress have the power to distort more than they reveal. They portray refugees as a mass of suffering humanity, as helpless flotsam and jetsam. It’s rare to find much in the way of context or explanation. Refugees are often made speechless, and people without history, by efforts to make them seem more pitiable and worthier recipients of our charity. The impulse is to portray refugees as victims, rather than protagonists.

To be sure, refugees have encountered grave danger, hardship, and deprivation. But it is also imperative to look beyond the headlines to think about how their experiences of forced departures, hazardous journeys, and arrival at some kind of destination have shaped their identity. Doing this draws attention to refugees as people who have negotiated often appalling hardship and danger, and whose determination and capability point to their potential contribution to the host society rather than to the burden they are often assumed to be.

Although the wish to resolve their present predicament—to find a place of safety for the foreseeable future—consumes refugees’ time and energy, it’s important to consider that the past too weighs heavily on their mind. This is a common human condition, but it exerts a particular influence on refugees. Having lost so much—family and friends they have left behind, homes and belongings abandoned—we might say that the past is a precious resource for refugees. Retaining a hold on history enables refugees to maintain a meaningful connection to the country they left behind, and holds out the possibility of being able to return when the time is right.

The past shapes so much of how and why refugees do what they do, including the choices they may be able to make about where to go. Refugees often trace the footsteps of earlier migrants. To take just a few examples: Exiles from the Spanish Civil War in 1936 tracked earlier generations of migrants who picked grapes and harvested sugar beets in nearby France; in 1948, well-to-do Palestinian refugees fled to Beirut because this enabled them to take advantage of the commercial contacts made by their forefathers; likewise, Bosnian Muslim women who were targeted by Serb militias during the early 1990s took refuge in Slovenia because their menfolk had traditionally sought temporary work in Ljubljana. Today’s monotonous reports about people-smuggling fundamentally miss the point that refugees often follow in the familiar footsteps of family members and friends who’ve already created diasporic communities.

And once they arrive, refugees have to “relive” the past in a very specific way. They are required to draw on personal experience of persecution in order to secure formal recognition as refugees; that is, they need to construct a credible narrative to convince legal tribunals of the validity of their claim to asylum. But these condensed narratives for official consumption are ultimately fragments. It’s easy to miss the rich texture of their history.

It is imperative to look beyond the headlines to think about how their experiences of forced departures, hazardous journeys, and arrival at some kind of destination have shaped their identity.

In their own homes, refugees may keep photographs and other mementoes such as books, jewelry, and embroidery to testify to a past life. Though it is impossible to return to their old homes, they hold on to keys that are not only a tangible reminder of an abandoned house but also convey a hope or expectation of being able one day to reclaim it. Memory books inscribe the names of neighbours, houses, and streets to recollect a world that has been lost: such books play an important part in the lives of Palestinian refugees, and are equally precious to Jewish survivors of the Holocaust and to the descendants of Armenians who survived terrible persecution during World War I. Like the key to one’s home, a memory book can also serve as a claim to restitution. They enable historians like myself to uncover a different and richer history than is available in official government records or in formulaic legal documents. They bring to life the historical experiences of refugees.

This is not to discount the fact that refugees’ efforts to memorialize their “roots” can be the cause of tension. The children of Vietnamese refugees installed a boat on a beach in Pulau Galang, Indonesia, much to the irritation of the government of Vietnam, to draw attention to the hazardous journeys made by their parents during the 1970s exodus.

Refugees’ engagement with the past is understandably related to ideas of catastrophe, as is clear from the history of Armenians, Jews, and Palestinians, and also the less well-known case of Serbia, where one-third of the population became refugees during World War I.

For refugee diasporas, the moment of departure, the triggering catastrophe, is a moment of rupture, an end to a way of life, but also a new beginning, the forging of a new group’s identity for generations to come in their new home. But an interesting question for historians assessing refugee diasporas and their past is whose past is being drawn upon and for what purpose? For instance, there are conflicting narratives about the defining flight of Tibetan refugees. Depending on whom you talk to, these Tibetan refugees were either victimized by the economic and cultural colonization of Tibet by ethnic Chinese and the People’s Republic, or duped into flight by those who endorsed the feudalism still prevailing in their remote province.

Historical narratives of displacement are intertwined with political agendas. Once flight becomes your only means of rescuing yourself from calamity, it becomes easier to rewrite history to suit current needs, which is why past good-neighborliness is often discounted. This happens in accounts of pre-partition India, inter-war Palestine, the former Yugoslavia, and pre-genocide Rwanda. Better, so to say, to recycle ideas of ethnic difference to explain conflict. This can help to fuel further conflict rather than contribute to reconciliation.

Does history suggest that there is something durable about “refugeeness?” That once a refugee, always a refugee? Understandably, the legacy of displacement lingers long in the mind of refugees and may carry over into later generations. It might be built into the material fabric of daily life, as with Greek and Turkish towns and villages that still carry traces of refugee settlement from the 1920s as the Ottoman Empire collapsed and European diplomats engineered a massive population exchange.

In sum, refugees are quite capable of living a life with many dimensions. The refugee past can be relived and commemorated, but it can also be accommodated and transcended. It’s worth remembering this next time your eyes are drawn to the images of refugees who aren’t allowed to speak.