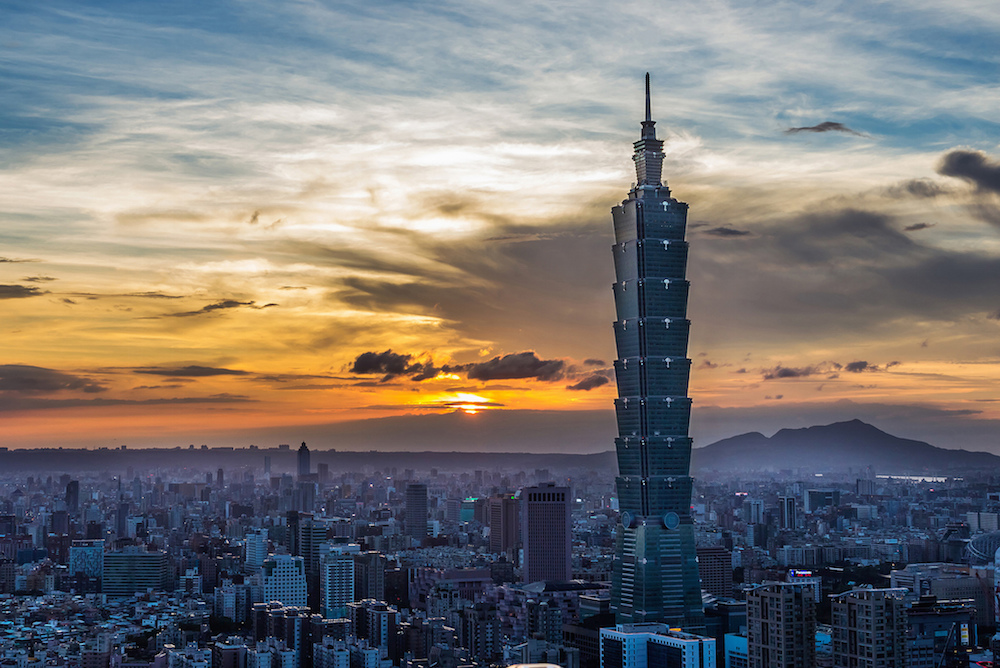 “A table for three,” says my host at a basement entrance.

We’re at an Italian restaurant in central Taipei, Taiwan’s capital. Within a few seconds, we are seated by a friendly waiter at the last free spot alongside a small stage with a few microphones and a keyboard. Nearby, visitors from China eat pizza and pasta with a lot of red wine. Soon a middle-aged couple takes the stage and starts to perform, to the obvious excitement of the crowd. Loud music makes continued talk difficult. Before giving up our conversation, though, my friendly—and until then politically cautious—host leans over the table to share something. This place belongs to the governing party, the Kuomintang, he tells me. It was in the “old times” an infamous torture and detention center.

I came with a colleague to Taiwan to discuss a few projects planned by a think tank that fosters democracy. I have visited this country more than 15 times in the last 15 years, both as an electoral expert and as a journalist reporting on and promoting active citizenship and participatory democracy. Tonight, that means sitting in a pizza place that used to be a detention center, thinking how that very situation reveals the challenges facing Taiwan right now. It’s a country of 23 million people still claimed by another country and looking back to a history of dictatorial hardships, as it tries to make progress toward a more inclusive, democratic future. But, of course, the push toward Taiwanese “people power” is as difficult as it is important.

What my host calls “old times” means the period between 1949 and 1987, when the Chinese Nationalist Party (or KMT) ruled the country under martial law. After losing the Chinese Civil War against the Communist Party of Chairman Mao Zedong on the mainland, the KMT leadership of Chiang Kai-shek, along with more than a million others, fled to this nearby island. In Taiwan, they continued to claim to rule “China.” Meanwhile, communists in Beijing started to claim Taiwan as part of their China. This twofold Chinese takeover was a nightmare for the people of Taiwan, which has an ethnically diverse population that has dealt with waves of colonists and power shifts for more than a millennium. The KMT imposed martial law, which lasted nearly four decades and affected the political system in a disastrous way. Fundamental human rights were violated and no political competition allowed. Chiang Kai-shek’s regime imprisoned, tortured, and killed more than 100,000 people, many of them where I had just eaten my pizza.

But Taiwan has changed a lot in recent years—economically, politically, and socially. A stone’s throw from here, a coffee shop named Café Philo invites guests every night for roundtable conversations about local issues like housing or international concerns like climate change. It is one of many hotspots around Taipei where young people are invited to debate the future of their country. Tonight, a bearded student in his 30s argues that the KMT should pay back all the “stolen money” acquired during the KMT’s one-party regime in the second half of the 20th century. Some activists are distributing signature-gathering forms for a citizens’ initiative proposing such a law. According to legislation introduced 10 years ago, they need only gather the support of 5 percent of the electorate to trigger a nationwide popular vote.

If they do, it would be the second time the Taiwanese addressed this issue in a popular vote. Back in 2008, a similar initiative was introduced by the then-president of the opposition party, the Democratic Progressive Party (DPP), as a plebiscite against the KMT. The vote was consequently undermined by the KMT: They called on their voters to boycott the referendum. This led to a turnout of less than 50 percent of the electorate—a threshold required for the referendum to be considered legitimate—and the yes vote was invalidated.

That result shows that Taiwan may not yet have the gumption to go against what is for all intents and purposes the dominant party for the last half century. But the continuing efforts of citizens like those in Café Philo tonight also show that some Taiwanese will keep trying. Taiwan has not, like other post-totalitarian societies such as the Baltic republics or South Africa, attempted to explicitly reconcile the country. Instead, a growing number of young people within the political parties—and a vibrant civil society—have helped to bring Taiwan forward in the economically and politically challenging environment of Southeast Asia.

Initiative and referendum rights are enshrined in the Taiwanese constitution. The rights date back to the late 1890s, when KMT founder Sun Yat-sen lived in exile in Hawaii. There, he was inspired by the “Oregon System” of modern direct democracy. The “Oregon System,” so called because the state of Oregon was the first in the American West to introduce the initiative and referendum process, allows voters at large to vote yes or no on issues for the state to carry out, like medical marijuana or specific taxes dedicated to schools. (Oregon’s system, in turn, was inspired by immigrants from Switzerland.) The process in Taiwan offers citizens comprehensive lawmaking opportunities. Of course, it took more than a century until the principles enshrined in the constitution were complemented with legislation to make those opportunities available in practice in Taiwan.

This happened under the first non-KMT president, Chen Shui-bian, a former dissident and lawyer who took office in 2000. He tried to establish a stronger political identity for Taiwan on its own by distancing the country from its Chinese heritage. While in office, however, he also embroiled himself in a corruption scandal—and ended up with a prison sentence. This failure of the democratic opposition camp opened the way in 2008 for a return of the KMT. The current president, Ma Ying-jeou, has tried to unilaterally adjust Taiwan’s economic policies to accord with those of China through a new kind of free trade agreement. Against this, many young people organized the so-called “Sunflower” movement, which was an impressive demonstration of civil disobedience. They occupied Taiwan’s legislature for more than a month in spring 2014 and requested the KMT president and government resign. Since then, the KMT-dominated parliament has not dared to ratify the deal, signaling some respect even for people they are not directly representing. And with both presidential and legislative elections coming up in mid-January 2016, both the KMT and the DPP are now backing leaders with a Taiwanese background—indicating a time ripe for real change in Taiwan.

Conversation this evening at Café Philo is full of optimism about this development: “Finally we will a get female president,” says a local librarian and mother of two young daughters. Like most Taiwanese these days, she anticipates that the KMT candidate, the current mayor of New Taipei City (Eric Chu), will lose to Tsai Ing-wen, the DPP candidate. The KMT could also lose its legislative majority for the first time in Taiwan’s democratic history, which indicates the fundamental possibility of a change of power in Taiwan.

Tsai, a 59-year-old lawyer, seems to be the perfect candidate to bridge some of the fundamental gaps within and beyond Taiwan. She has a long record of governmental positions under both KMT and DPP administrations. She has positioned herself in a pragmatic middle ground, different from conservative KMT policies and the anti-China rhetoric of Chen Shui-bian. Instead, Tsai promotes concrete steps towards a stronger democracy—for example, reforming the current initiative and referendum laws to make them more accessible for citizens by abolishing the destructive 50 percent turnout requirement, and lowering the required numbers for valid citizens’ initiatives.

In the 16th century, Portuguese colonizers called Taiwan a “beautiful island.” As I join the Café Philo roundtable after having eaten pizza in a former KMT prison, I wonder about how its political system can become more beautiful and function as vibrantly as the country’s empowering civil society. It will depend on reckoning with the violence of the past and a commitment on the part of active citizens to keep trying to make their voices heard in the political process. And it will depend on those who win power—the future president, government, and legislative majority—promoting a genuinely democratic society.