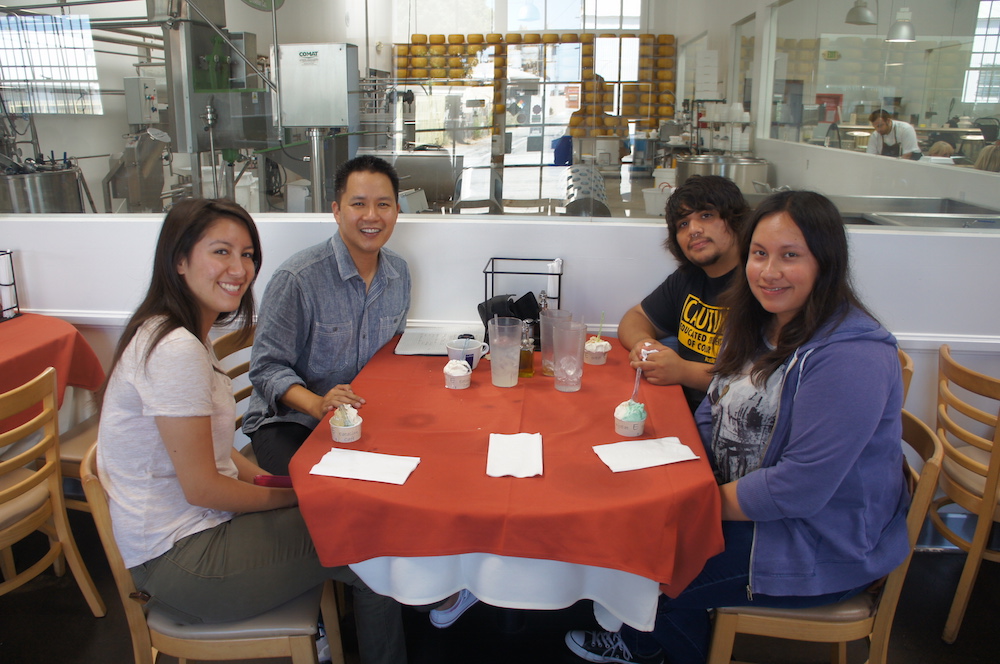 For three years, I taught English at Alliance College-Ready Judy Ivie Burton Technology Academy in South Los Angeles. It’s a charter school at the corner of Century Boulevard and Broadway, located in one of the neediest and underserved neighborhoods in the city, right between the 110 Freeway and Watts.

The average family income in the area is $23,000 a year. The first day I started teaching there, a cold, winter morning, I saw prostitutes out walking. Old couches and mattresses littered the street behind campus. During my first month at Burton Tech, a woman was found burned and dead in a grocery cart a few blocks over.

What I want to tell you is how three of my students—Yamilex Velgara, Daniel Moreno, and Heidy Santos—ended up going to UCLA, UC Berkeley, and Brown University this fall. In seeing how they accomplished the American dream of starting with very little and still going to a prestigious university, you can see one particular formula for success.

I taught Yamilex, Daniel, and Heidy during their junior year of high school and got to know them well—one of the benefits of teaching writing. Yamilex is the no-nonsense one. Alpha female. Class president. Valedictorian. Fast food job on the side. When she finished work early in class, she didn’t socialize or sleep. Instead, she pulled out a book or other classwork and worked on it diligently. What wasn’t obvious was that her dad’s first wife was in a gang and three of her four brothers are on probation. She told me she needed to make something of her life.

Daniel and I connected early in the year when we discovered we both admired trees. Daniel is the kind of kid who’d ride his bike over 50 miles in one day, conducting his own impromptu tour of Los Angeles colleges. But after his father left them, his family of five lost their home during the recession and they were homeless for a time. For Daniel, the lessons from this were clear: education was the only way out. Not being able to hear people talk because police sirens were blaring was an important reminder to do his homework.

Heidy was detail-oriented and inquisitive. She frequently stayed after class to ask questions until she completely understood an assignment. She volunteered hundreds of hours to host school and community events like blood drives and fundraisers. Her parents had both immigrated from El Salvador with grammar school educations. In her college application essay, she wrote about living in a one-bedroom apartment with six people. She studied by the light of an old laptop, her mattress so close to her parents’ she could touch them.

As a charter school, of course we knew we were working with a curated population of kids—students with parents saavy enough to find alternatives to the local schools. Furthermore, they’d also been selected by teachers and mentors along the way. But what distinguished the class with my three students from previous classes was not just their camaraderie but also a collective momentum, an innate recognition early on of their own intellectual talent and driving ambition. Even though only 7 percent of the community has more than a high school education, 66 percent of their freshman class ended up going to a four-year college.

Once they got to Burton Tech, we showered them with advantages they wouldn’t have had in traditional public schools. We had a brand new, secure campus, digital “smartboards” in every classroom, and a 10th grade class dedicated to the basic skills needed to pass the California High School Exit Exam. All critical tests such as the SAT—as well as college tours to New York and elsewhere—were covered free of charge. Additionally, all students were on a college track curriculum because it was the only curriculum offered. And when it came time to write those college essays, they were enrolled in a class (taught by me) that made sure they wrote a compelling one.

We brought in guest speakers by the ton. We provided them with a rare high school afterschool program called “All-Stars” where they gained valuable leadership and management experience by hosting community events. So they no longer just heard about college and careers second-hand, they saw them, breathed them, and lived them for themselves.

Our charter school had its challenges—we had high teacher turnover, the regular hiring of un-credentialed Teach for America teachers and rookie teachers just out of school, and unproven and experimental teaching practices forced upon us. And don’t get me started on the excessive number of donor visits where the gaze of big-moneyed education reformers was uncomfortably distracting at best—and zoological at worst.

But at Burton Tech, the teachers and students did share a crucial commonality that is often missing when working with minority students. Many of us were teachers of color from immigrant backgrounds. Most of us were first-generation college students just a decade ago. One Mexican-American teacher went from working construction to community college to graduating summa cum laude from UCLA and then USC with his masters. The very popular Iranian-American calculus teacher also went from a junior college to a UC (Irvine). A social science teacher from Ghana grew up in South Los Angeles himself and then went on to UC Santa Barbara.

I often told them my own story, and though my family was from Vietnam and my students were from Mexico and Central America, I wanted them to see the similarities between us. Refugees and immigrants. Monolingual parents who didn’t go to school in this country. The urban violence of North Long Beach and South L.A, which was a mere 10 miles apart. The sense of isolation and confusion applying for college that only magnified once I got there.

We didn’t just relate to the students. We actually looked like them. We had lived like them. A few years earlier, we were them in all the ways that mattered. To them, we were role models who had succeeded “out there.” For us, they weren’t brown kids that needed to be “saved” in the Hollywood Dangerous Minds model. They were talented youth that just needed a road map to guide their already evident gifts.

We took on a parental role, comforting them when they needed comfort, but also pushing them when they needed to be pushed. There was a lot of tough, even harsh love. We shoved them when it came to every college-going factor: grades, AP tests, SAT, extracurriculars, and college essays. We asked them to do things that made them uncomfortable and go beyond their own imagined limits. Many of us had been short-changed by teachers who had expected so little of us, we weren’t going to let that happen again.

Studies show that the surest predictor of college attendance is not the school students attend nor the qualifications and experience of its teachers, but whether your parents graduated from college. If your home does not have parents who went to college, you need a surrogate for college role-modeling. We tried to do that for them: “You used to tell us your stories about college and I was like, ‘Man, I want to do that,’” said Daniel.

Many of us had been short-changed by teachers who had expected so little of us, we weren’t going to let that happen again.

A few weeks before my “kids” left for college, I took them out for a farewell lunch. We went to an Italian restaurant just a few miles from their neighborhood. They had never been there, had never eaten gnocchi or gelato. It reminded me of the time my high school mentor, a newspaper reporter, took me to eat calamari for the first time.

I was so excited for them and all the new experiences they were about to have. They would be so many firsts that their new lives would burst with them. Yamilex said she wanted to become a family doctor with a determination that suggested the only thing barring her way is time itself. Daniel is not sure what he wants to do yet, but he’s finding his way with neighborhood activism. Heidy said she planned to work for the U.N. or UNICEF. She said it so casually it took me aback: She had already become a confident, big-picture Ivy Leaguer without even stepping on campus.

Two days ago, I was reminded about how I am still teaching them. Yamilex sent me a text asking how do citations on a paper. Today, Heidy sent me a picture of her first college paper and the first A she had earned at Brown.

How do you measure that?