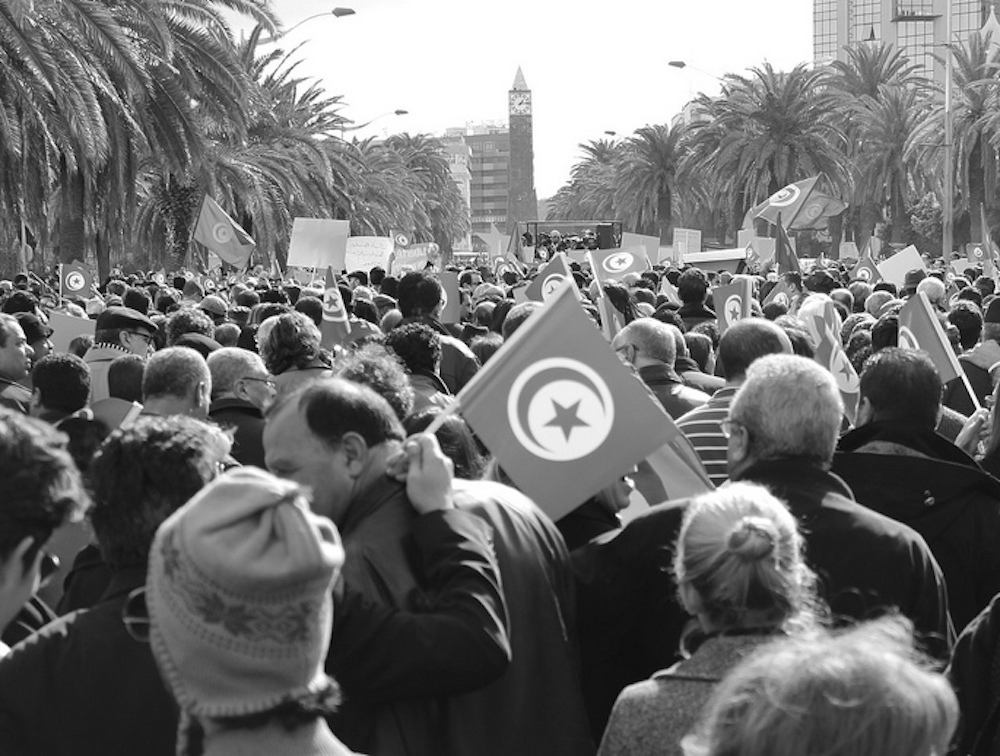 Here in Tunisia, we received the news of the Nobel Peace Prize with great joy and emotion.

The prize was specifically awarded to what was known as the Quartet for the National Dialogue: the UGTT (General Union of Tunisian Workers), UTICA (Tunisian Union of Industry, Trade, and Crafts), the FTDH (League of Human Rights) and the Bar Association (lawyers) for their work in maintaining our peaceful democratic transition. But given the size and diversity of those groups, and the great dedication of Tunisians to freedom, dignity, and democracy, the prize is an achievement in which all Tunisians can take pride. I myself am very proud.

You may have read about how the Arab Spring began in Tunisia, about our revolution for democracy, and about the obstacles—including violence and two major terrorist attacks this year—to our continuing democratic transition. But few people know much more than that.

Tunisia has a long history of moderation, cosmopolitanism, and integration of different groups that goes back to ancient times. There have been many civilizations here—from the Berbers to the Phoenicians (with their famous city of Carthage). We were the Roman province of Africa; we lived under Arab and Muslim and Turkish rule, and we were a French protectorate. We became independent in 1956, but soon fell into dictatorship. Today, as we have been before, we are a country on the sea that connects different regions of the world—Africa, Europe, the Middle East. Our democratic transition, begun five years ago, is at once revolutionary and a continuation of a tradition of mixing and change.

The Nobel Peace Prize honors an international campaign—with strong support from civil society groups across North Africa, the Middle East, and Europe—launched in February 2014 to promote a national dialogue that includes the largest components of Tunisian civil society. The UGTT—the general labor union—has led this dialogue, and often hosted key events at its headquarters in Tunis. As a scholar and president of the University of Carthage, I have been honored and flattered to be part of that campaign. The work has included creating processes to develop and support a new constitution, for peaceful transitions of power, for the establishment of an independent election commission, and for successful elections of parliament and a president. The collaboration has also created an opportunity to establish a modern direct democracy unseen in any Arab country.

In effect, the Quartet has brought together Tunisians so that their desire for democracy and human rights—now expressed via multiple elections in support of a constitution, a new parliament, and a president—was not only heard but drove the conversation.

The Quartet’s work helped to avoid the chaotic scenarios that have frustrated democratic transitions in so many other countries, and kept the transition here on a civil and peaceful path. The Quartet eased the turmoil after political assassinations, calling for peace and dialogue and warning against retribution. And it also provided a spark to re-examine and build up so many of our stagnant institutions. (The Tunisian economy, in particular, is struggling.) And the Quartet created an infrastructure for conversation, negotiation, and the forging of consensus among political parties and conflicting groups. That has been a force and voice for peace not only in Tunisia, but also in a region where countries like Libya and Egypt struggling with transition and turmoil.

Tunisia’s new constitution is the product of these efforts, and it is being followed by the establishment of local governments that include local democracy (including some innovations such as participatory budgeting). The Quartet’s work continues, and the Nobel Prize is an important spur. Tunisia’s strong civil organizations need to establish a culture of dialogue not only on political questions, but also on social, cultural, and institutional questions.

The conversation fostered by the Quartet has been characterized, incorrectly, as the Tunisian exception. To the contrary, the model of national dialogue here is an example that can and should travel outside Tunisia; we believe that it can work in every region of the world that still faces serious armed conflict. Central to the dialogue was drawing large cross sections of the society—different interests and different parts of the country—into talks, and being careful not to exclude people. The dialogue also focused on creating a roadmap to resolve multiple issues—often by expanding the conversation to more topics, so a dialogue can create more space for security, peace, and democracy. We are happy about this prize not merely for ourselves, but for societies involved in reducing conflict and pursuing democratic transition all over the world.

In Tunisia, this award should push us forward to build our human resources and take the next difficult steps in our democratic process, including the decentralization of power and the continous support for active citizenship and participatory democracy. Because of the long-term dictatorship, Tunisia does not have a system of local government and thus does not provide some basic local services. (Trash service has been a particular issue).

Last but not least, this honorable prize will also, no doubt, benefit our economic sector. Tunisia is a small country of 11 million people, and its economy relies on the outside world—through trade, investment, and tourism. The Nobel Peace Prize demonstrates international political trust in us; it grants Tunisia a certain credibility that should provide confidence to revive pending economic projects.

Many times such an award has merely symbolic importance. In Tunisia, however, this Nobel Prize should have profound and positive effects on our everyday lives.