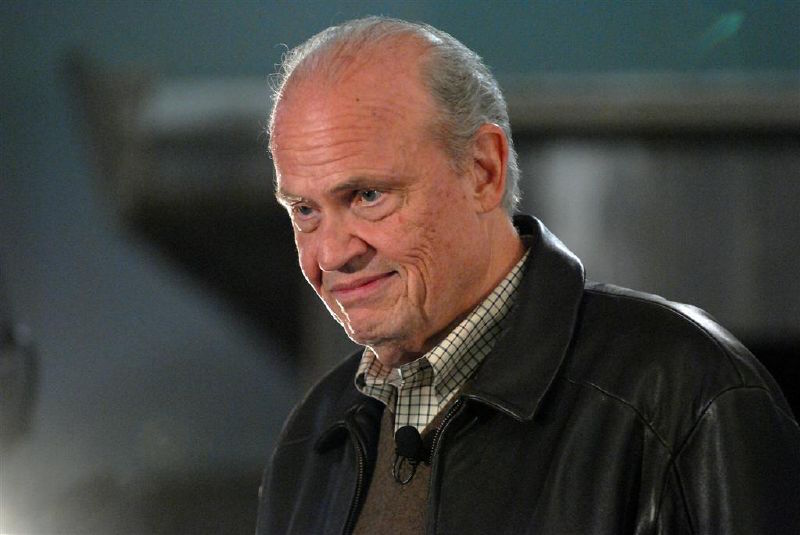 I spent an evening with Fred Thompson because I drew the short straw.

A lawyer and actor, Thompson had been elected U.S. Senator from Tennessee by that night in the late ’90s. He was visiting California, and I was a young Republican staffer, assigned to be his driver for the evening. It turned out I was lucky to get the gig. He gave me one of the most memorable nights of my career, and insight into how powerful people navigate the world.

Fred Thompson, who died this week at age 73, was tall in stature—he stood 6 feet 6 inches—though bigger in presence. But with a friendly demeanor, wry sense of humor and Tennessee drawl, he wasn’t threatening.

Driving a black SUV rented for the occasion, I picked him up at a downtown Los Angeles hotel, and we fought traffic all the way to a Beverly Hills mansion where he would be the main draw at the evening’s fundraising event.

Thompson was invited to California under the auspices of raising money for the GOP and one well-heeled but very forgettable Republican candidate for the U.S. Senate that year. He would come out for the event—a private dinner at her home—but use the opportunity to meet new friends and donors should he need them if he ever decided to run for president (which he would a decade later).

He didn’t have much time for small talk. Mainly he wanted to know who I was and what I knew about politics. I sensed he didn’t tolerate bullshit, and as a twenty-something kid, I wasn’t about to bullshit a 6-foot-6-inch U.S. Senator anyway.

“Has this woman got a shot at winning the primary?” he asked me directly.

“No, sir,” I responded hesitantly, knowing even then that that kind of response could get me in to a load of trouble quickly with people way above my pay grade.

“So why did the party ask me to come out here?” he asked.

“Because she’s rich and she can fund her own campaign,” I said. “The party can spend the money they raise tonight in other places.”

I peered into the rear view mirror not knowing what to expect. He smiled broadly and nodded.

“Well, you’ve passed the honesty test, son,” he drawled “Let’s have a talk about California.”

We spent the next hour bouncing back and forth between questions about California politics. Was modern-day California more likely to elect someone like Reagan or someone like Nixon as Governor? My answer: neither. We also talked about life in the public eye. I asked: Which are better to deal with, political fans or movie star fans? His answer: neither.

Dinner was an intimate gathering of 15 people. Studio executives, socialites, and lawyers. Much of the discussion focused on immigration.

“We’ve got to secure our borders,” he said over dinner. “But I’ve got to believe we can approach a solution in a way that isn’t alienating what I believe are potential Republican voters.”

It was the first time I had heard a Republican senator consider Latino immigrants potential Republican voters. After all, Proposition 187, passed in 1994, the same year Thompson won his Senate seat, was still a recent memory. But Thompson was very different from most of the freshman Republicans elected in that era.

That answer has stuck with me over these many years. It wasn’t the red meat Republicans were expecting. But it didn’t leave them unsatisfied either. Rather, it was a bigger question that none of them seemed to have considered before.

Thompson had always had a broader, more philosophical approach to conservatism than his colleagues. He was not an ideologue. At that dinner, and in other public settings, he seemed perfectly at ease pondering the answers to tough questions he didn’t have a canned response for. His conservative philosophy was more a lens through which he approached problems than a manuscript from which there was no budging.

After dinner, I remember driving him to a famous restaurant in Beverly Hills. The whole time he was looking out of the window wistfully taking in the Westside streets.

“I filmed a scene at this intersection,” he pointed out.

I didn’t say anything.

“More people will remember me for the characters I played on TV or the movies than anything I’ve done in Washington—you remember that.”

The senator met up at the restaurant with some of his Capitol staff, an entertainment executive, and the restaurant owner. Cigars were smoked, and poker was played. I joined them for a while, but, as the young guy nobody else knew, I decided to excuse myself to wait in the car. They went pretty deep into the night.

Sitting in the parked car left me with a lot of time to think about how different this person was from all the politicians I worked with daily.

Though he was comfortable in both arenas, he had not aspired to Washington or Hollywood as a young man, and you sensed that about him. That lack of aspiration distinguished him from most politicians, a group obsessed with titles and climbing the next rung. Thompson had walked away from Hollywood and he could walk away from a life in the United States Senate without blinking an eye—he would do so in 2002, after just eight years in office.

How did he move so seamlessly through two of the most ego-driven cultures in the country? The secret may have been that while he didn’t adhere to all their rules, he wasn’t disruptive or disdainful of them.

As the evening wrapped up, the senator emerged and asked me to take him back downtown to his hotel. At well past three in the morning on a Wednesday, the streets were dead. Completely empty.

I rolled up to the first street light, which was red. We stared forward together in the silence down a long quiet city street. The next 10 street lights were all synchronized together, meaning we were gonna have to stop at each of the red lights despite there being no traffic at all.

“Son,” he said, leaning forward towards me, “if it were me, I would just drive on through—I don’t think any of those red lights are meant for us.”