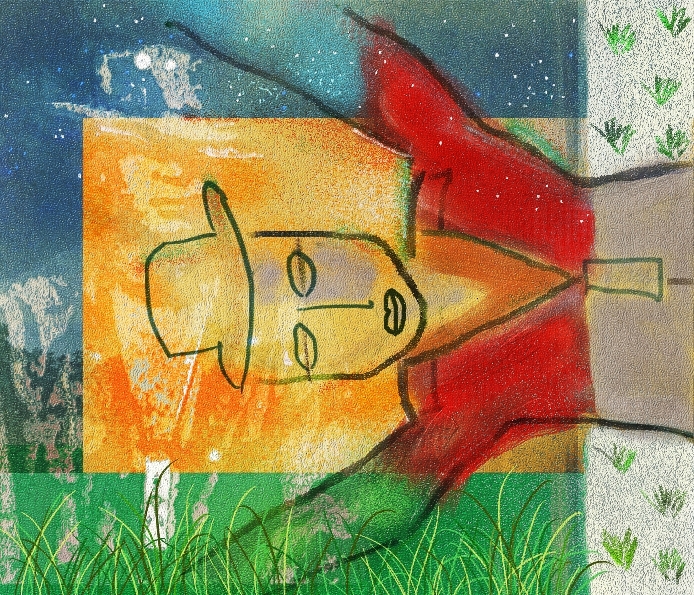 In my training to go fight in Vietnam, we lived and breathed these mottos: “Once a Marine, always a Marine” and “Marines never quit.”

Intensive therapy at the Veterans Affairs (VA) hospital in West Los Angeles helped with my severe PTSD. But it also pulled up everything I had suppressed to the surface, and put me into a kind of limbo. I couldn’t go back to where I was before, but I was also “out of sync” with society.

I can honestly say that the VA saved my life. But even though I have only good thoughts about it, I still feel like I fell through the cracks. When I was discharged, I told a social worker that I didn’t have a place to live, and she dropped the ball, I guess. I left the hospital with no food, no money. I was given a razor, a deck of cards, a toothbrush and toothpaste, and a bag of medication.

In the ’80s, there were lots of veterans coming through the VA, but I remember hearing about budget cuts. I saw buildings being shut down and overworked staff trying to handle a three-person workload in one shift.

I saw so many homeless veterans during that time living on the streets, in parks, or under bridges. And I became one of them.

Once I was out of the hospital setting, I isolated myself. I had issues with anxiety and flashbacks and I was suppressing all those bad memories again. As soon as I dropped my guard, I was in trouble. I couldn’t trust people. I couldn’t trust the VA. I had a bag of medications, but a little voice in my head started picking at me: If you take those medications, they’re probably going to kill you. They’re not going to work. I had already been experiencing bad side effects, like nausea and headaches. I really felt my body couldn’t take all those medications.

The VA grounds became my safe zone—it felt protected so that’s where I was from sun up to sun down. On one of my first nights out of the hospital, I went out to the golf course. It was a clear, beautiful night. I laid down on one of the golf greens and looked up at the sky. And I actually fell asleep for a few hours! When it was warm, that was one of my favorite spots to sleep.

As a Marine, my life had been “search and destroy.” This was “search and survive”—search for a place to sleep and feel safe, search for food. For the first three weeks, I pretty much just ate crackers, jelly packets, and lemon slices from the VA cafeteria. I can’t believe that I went so far as to borrow food from the VA, but it was a matter of survival. Sometimes I’d follow behind a group of doctors—they always had to eat fast. They’d leave fresh, untouched toast on their breakfast trays. It was gourmet food compared to the crackers. Sometimes I got lucky and ended up with a piece of bacon.

This was the first time in my life that I was homeless. I never dreamed it would happen to me. But I had cut myself off from my family, and couldn’t reach out for help. I didn’t want to sleep in a bed at a homeless shelter because I didn’t want to be with smelly, loud, and rude people, or people who were on drugs.

My relationship with God was something I always hung onto. Over time, I realized that He continued to be there for me. So I made a promise to God that I would never quit and that I would do everything within my power to move forward. I would always expect a miracle, no matter how bleak the future looked.

Sometimes I’d think: God help me or take me out. I’m just existing. But then something would happen to make me keep going. Like the time I found an avocado tree and feasted on crackers and avocados that tasted like food from heaven.

One afternoon, I was headed to the cafeteria to get my crackers, jelly, and lemon slices when I saw a veteran in a wheelchair making his way up a hill to the VA hospital. I asked him if he could use a push, and he said yes. I thought, This is going to really hurt! He was a big guy, and my arthritis pain was real bad. I was biting bullets, but I pushed him the distance of two football fields up the hill. Miraculously, my pain that started at an 11 or 12—off the chart—dropped down to zero.

Someone once said: “The best way to forget about your pain is to help someone else.” I now understood the power of those words.

I started to go in for weekly physical therapy appointments at the VA for my arthritis. Another veteran told me I could get meal tickets if I volunteered. So I asked Wendy, a physical therapist at the VA whom I had a rapport with, and she let me make the beds and set up the rooms. 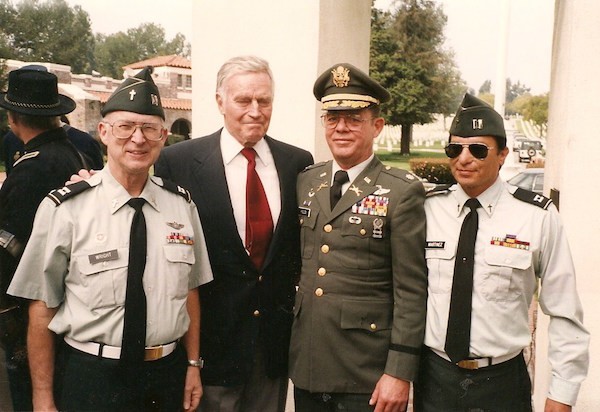 No one knew I was homeless. I was for sure the best-dressed homeless veteran in Los Angeles in my shirt and tie. A social worker I met a few weeks earlier let me help myself to clothes that veterans had left behind. I had a handful of decent shirts, a few pairs of slacks, and a nice pair of tennis shoes. I was also clean—I had found a bathroom where I could shower and shave.

This volunteer job was a turning point. I started talking to patients in physical therapy and began to come out of my shell. The positive feedback that I received was some of my best medicine. When the physical therapists acknowledged that I did a good job, it was a big push. I hadn’t heard anything positive in so long. I found a purpose, a reason for living, after so much painful wandering. It wasn’t about me anymore. It became about helping other veterans.

Outside of the VA, I earned $600 helping another veteran with a house-painting job. After about four months of being homeless and sleeping here and there, I earned enough money to buy a tiny Pinto station wagon. It was not ideal, but at least I finally had a place of my own to sleep in.

Little by little, my life began to change for the better. Just when I would reach the threshold, just when I thought I couldn’t take another day, God would give me a gift, a small chance at hope.

I was homeless for a total of four years. It was a hard pill to swallow. But, as strange as this may sound, I would not trade that experience for anything in the world. That experience is what made me more grateful.

It was only after all this time going in and out of the VA hospital to get treatment and thousands of hours of therapy that I started to gain the upper hand in the hardest battle of my life—the war within. I listened to every word the doctors and therapists said. I took notes. I took medication. This was a matter of survival! I was praying all the time. Somehow the doors kept opening.