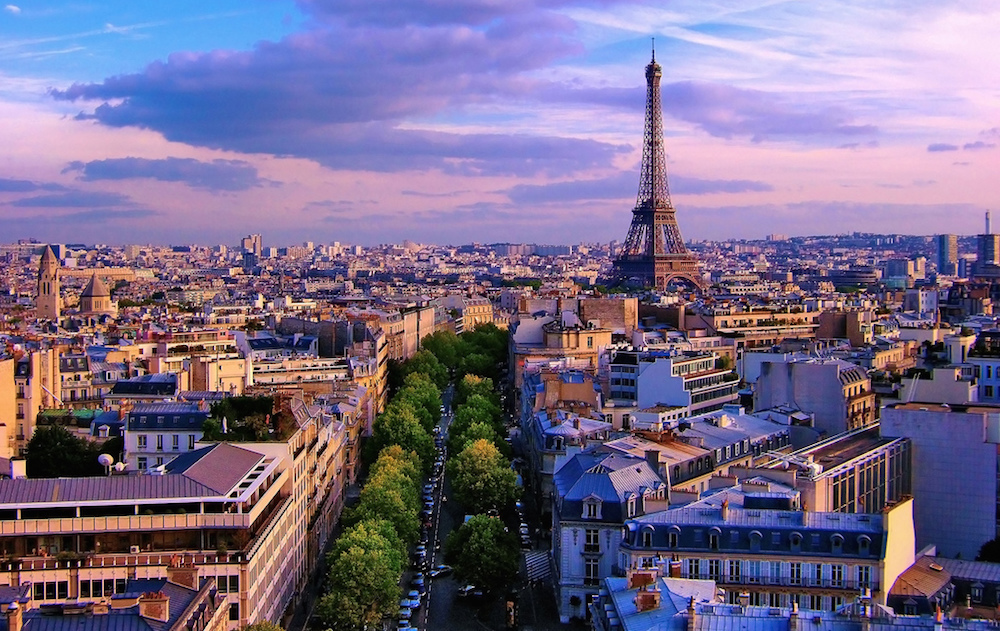 I hate Paris. That’s what I was thinking a few mornings ago while I was brooding over a café au lait at a hipster joint near the Canal Saint-Martin.

The coffee was perfectly roasted. The steamed milk almost fluffy. The young woman reading next to me had that perfect combination of elegance and boho grunge, style and studied insouciance that only a French woman can pull off.

You see what I did? I just said the word insouciance! Shoot me now!

This gorgeous city can do that to you—make you say words you wouldn’t be caught dead uttering at home and think thoughts you know you shouldn’t be thinking, well, anywhere!

But that’s why we Americans love it here, right? It’s the place we can visit to imagine the life our loved ones, our circumstances, or our better judgment would never let us get away with back in Peoria. It’s where you don’t feel indulgent ordering that bottle of 2005 Château Mont-Redon or taking the time to enjoy the profiteroles and then maybe a digestif after your main course. It’s where you’ll appreciate more art in one week than you did in the previous three years back home.

I suppose I should be grateful that there’s a place in the world that inspires us to slow down and actually enjoy—and not just consume—life. And to some extent I am. To the middle-class American imagination (mine included), Paris symbolizes the sophisticated, urbane, gracefully choreographed life we should all be living.

But there’s also something deeply unsettling about the effect this hyper-idealized city has on foreign minds.

There are two types of earthly paradises: the kind that draws you in, embraces you, and gives you space to reinvent yourself (say, California), and the kind that is so elusive that you can only dream about receiving that sort of embrace, even after you’ve entered its gates.

The archetypal American in Paris, Gertrude Stein, insisted that Americans love France precisely because it leaves them alone, because there is no embrace. Here, she said, expats “are free not to be connected with anything happening.” The brilliance of Paris, she mused, is its ability to imbue foreigners with “the emotion of unreality.”

Sure, there is an element of that in any place to which scores of tourists and expats flock. No one goes on holiday—for however long—to immerse himself or herself in “the real world.” What would be the point? But Paris—and France’s infamous culture of seduction—take unreality to a whole new level.

In La Seduction: How the French Play the Game of Life, a book that’s slightly annoying because it tells us things like Henry IV was an “indefatigable lover,” New York Times correspondent Elaine Sciolino explains that French seduction is all about persuasion, charm, lingering, process, strategy, and subtle negotiation. Because there’s not necessarily an end to it, the means—the game, the dance—is the point. In France, seduction applies not only to personal encounters, but to commerce, diplomacy, politics, and even bureaucracy.

But whatever allure the idea of endless seduction might have for you, it might be instructive to recall that the French séduire derives from the Latin seducere, which means to “lead astray.”

Annie Cohen-Solal, the writer and Sartre biographer, told me over a drink the other night that she also thinks Americans find France so fascinating in part because it eludes them. She finds it ironic that the city that symbolizes for so many the release from narrow, practical, middle-class constraints is itself the most bourgeois of places.

“France is still a very traditional country,” she told me. “People want to keep it that way. There is a strong elitist tradition, particularly in education. Old, heavy institutions play a big role here, and civil servants run the show. That’s why tastes are very, very slow to change.”

In other words, for all its human diversity, Paris’ great beauty derives in no small part from an aesthetic and cultural consensus that only a deeply hierarchical society can maintain. Contrast the relatively uniform architectural styles of any major boulevard in central Paris to the wild variety on any major street in New York or Shanghai. This also helps explain why the uber French Louis Vuitton Foundation had to choose Frank Gehry, an American architect from Los Angeles, when it wanted to design the single most revolutionary new building in town.

I realize it’s a little unfair to blame Paris for the illusions we have of her. And ultimately my interest is not in the city itself, but on the psychic effects built—and, in this case, imagined—environments have on the people who live and visit.

My biggest problem with Paris is that it’s a cop-out for so many foreigners who come to conjure the myth of their more sophisticated selves. There is nothing wrong with inspiration or aspiration—two things this city provides in spades. But illusions are no substitute for real life and flirtation can never trump the value and meaning of a warm, genuine embrace. If tourists and expats cared so much about cultivating their finer selves, they’d go back home and do it—for real—rather than rely on a visit, however long or short, to give them a temporary fix. While we’ll always have Paris, you don’t have to walk her streets to live the life she inspires.