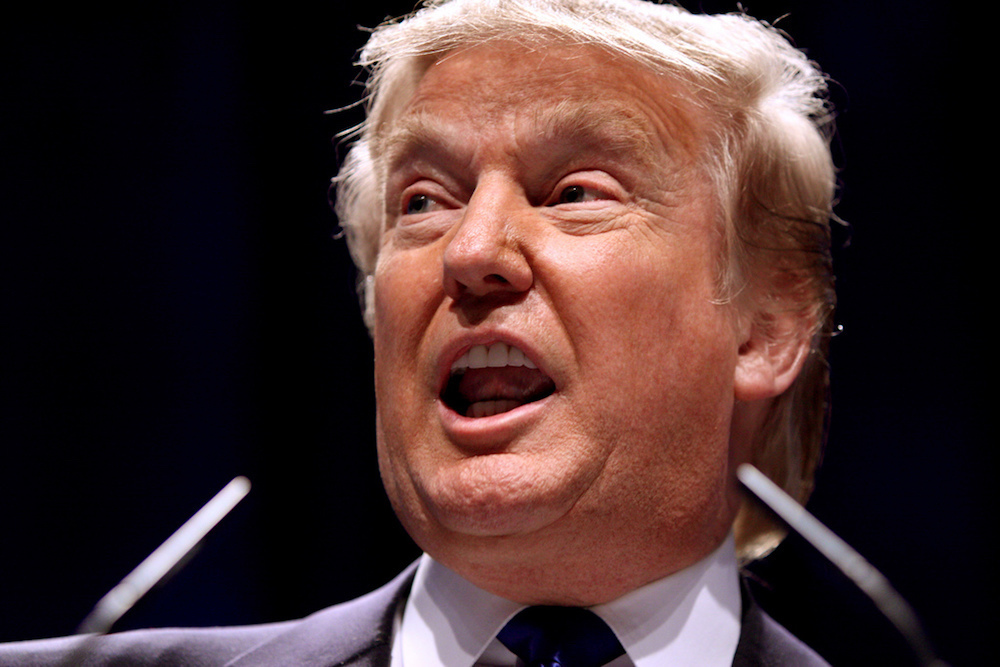 We may finally be getting the presidential candidates we deserve.

Forget all that talk about the wisdom of voters, and the great American people. We are the problem, with our shrill, hyperbolic, extremist, intolerant, and polarized ways of engaging in politics over the past two decades.

I can recall in the late ’90s being totally befuddled by how some of my friends, perfectly sensible people when the subject wasn’t politics, would go apoplectic at the mere mention of Bill Clinton.

Our president, I can recall a Michigan banker friend named John telling me, was a socialist, a dishonorable man intent on destroying America. John would practically start shaking when discussing Clinton and the need for the cretin to be removed from office. I couldn’t understand where all this vitriol came from. To what water cooler did he retreat to where such views were the norm? (A clue: I think it was from him that I first heard of Fox News).

Sure, Clinton had his personal weaknesses (almost clichés for a politico, though, which in other eras would not likely have led to impeachment proceedings). But as far as I could see, the president was overseeing a massive economic boom (deregulating John’s banking industry along the way), taking on Democratic unions to push for free trade agreements, balancing the federal budget, and deploying U.S. forces overseas, when required, in places like Kosovo and Iraq. How did all that make Bill Clinton a crazed socialist?

I was equally perplexed by the irrational level of contempt and vitriol leftist friends and colleagues felt towards George W. Bush late in his first term, and throughout his second term. The man was a fascist, they’d say, amid wishful talk of impeachment. I, too, disagreed with much of what Bush did, and worried about that administration’s competence, but the criticism among impassioned liberals, congregating online at a new crop of progressive websites and watching MSNBC and Jon Stewart, was absurdly over the top.

The facts, once again, were becoming awfully elastic and selectively parsed. Take the war in Iraq. Within a couple of years of the 2003 invasion, Democrats talked about the war as a secretive, despicable Bush plot. Never mind that plenty of Democrats supported the initial decision to go to war, and that there had been little daylight between the Clinton national security team’s assessment of Saddam Hussein’s behavior, capabilities, and intentions, and the assessment of the Bush team.

What was becoming clear, however, is that we Americans—specifically the more politically engaged among us—have been losing our ability to respectfully and constructively disagree with governing leaders of a different party, not to mention with each other. Instead of opposing certain policies of a president we don’t see eye to eye with, we jump to questioning that president’s legitimacy to even hold the office, to represent us.

Of course, this psychosis has been most pronounced during President Barack Obama’s administration, when plenty of Republicans have repeatedly questioned the president’s birthplace and religion. And, once again, the extremist rhetoric portraying him as a feckless socialist seems far removed from facts, when you consider how he responded to the financial crisis by shoring up banking institutions without taking them over, embraced a moderate market-based approach to healthcare reform (instead of a single-payer approach), and ratcheted up the drone campaigns against terrorists in countries like Yemen and Pakistan. There’s plenty to disagree with Obama on, and I understand conservatives’ ire at Obamacare and some of his progressive social agenda. But isn’t there a way to oppose the president without ridiculing the man, questioning his patriotism, and denying his legitimacy as a twice-elected leader of the free world?

The anecdotal sense that we have become a far more polarized society was borne out last year by the largest political survey ever conducted by the Pew Research Center. The survey found that Republicans and Democrats are further apart ideologically than at any point in recent history; that the two parties no longer overlapped in any meaningful way; that, in 20 years, the share of Americans expressing consistently across-the-board conservative or liberal positions had doubled, as had the percentage of Republicans and Democrats holding “very unfavorable” views of the other party. The study also found that more and more of us are hiding out in our hardened ideological silos, increasingly segregated from fellow citizens and media that don’t share our worldview. And by worldview, we no longer seem to be talking solely about one’s interpretation of objective facts, but one’s subjective choice of facts.

My list of causes for this would include the end of the Cold War (the daily threat of nuclear extinction didn’t allow for self-destructive partisanship); the balkanization of media, aided by the advent of the Internet; the takeover of politics by the fundraising-industrial complex (it’s much easier to raise money if you’re screaming that you’re fighting a danger to the republic rather than a well-meaning, if misguided, friend from the other side of the aisle); and the poisoning of the idea that Washington is a permanent home where our representatives should live, mingle, and learn to get along.

Choose your favorite polarizing culprits from that list, or add others to it, but there is no denying that we’ve landed at an ugly moment on the eve of the 2016 vote. Recent primaries have featured early “silly seasons” when voters have flirted with absurd candidacies before sobering up. But now the silly season is threatening to spill over into the actual voting process.

Let’s stipulate the obvious: Donald Trump, Ben Carson, Ted Cruz, and Bernie Sanders are beyond the pale. In a more serious time, they never would have been considered credible candidates in a national election. Only in silos of same-thinking dogmatism is this not obvious. Trump, in particular, has masterfully capitalized on the cultural moment, turning into a fascist demagogue before our eyes, exhorting people to channel their anger with the status quo and “Make America Great Again” by bullying foreigners and minorities, those “others” who are to blame for all our woes. His candidacy embodies and fulfills the hysterical tenor of our political discourse. He is our political Frankenstein. If we elect Donald Trump president, half the country’s cries that our president is a fascist unfit for office will—for once—be no exaggeration.

The Republicans don’t have a monopoly on a lack of seriousness. Sanders is not leading in the polls, but the fact that so many Democrats treat him as a legitimate choice is alarming. When the self-avowed Socialist (again, real life is catching up with our once exaggerated epithets) was asked in a recent debate how high he’d like to raise income tax rates if elected, he vaguely joked that they wouldn’t go higher than 90 percent. Hillary Clinton is in a different league, credibility-wise, but our debased political culture is forcing her into some intellectually dishonest contortions. So, for instance, she had to come out against President Obama’s Asian trade pact (which she championed and negotiated as Secretary of State) because the “base” these days won’t tolerate any deviance from its dogma or overlap between the parties. It all boils down to “us” versus “them.”

There is that old aphorism (often attributed to Alexis de Tocqueville, but of uncertain origins) that, in a democracy, the people get the government they deserve. We must have a reckoning with ourselves, as voters and citizens. It’s great fun to sit back and mock, or demonize, these presidential candidates, but they aren’t the underlying problem. We are.