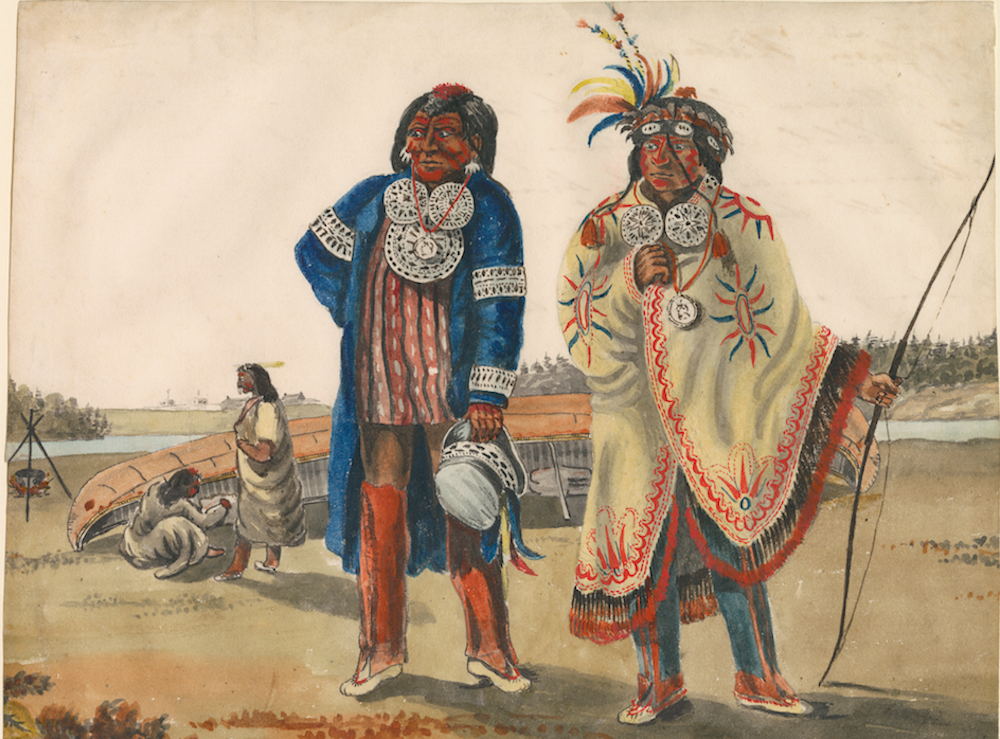 When a young George Washington approached the forks of the Ohio River in the spring of 1754, he was nervous. The previous year, as he scouted the area that would become Pittsburgh to contest French claims to the region, he came across seven scalped settlers. His escorts told him it was the work of a group of Indians allied with the French. Returning to the area a year later, he heard that hundreds of those same Native Americans were on their way down from the Great Lakes region to oppose him and his company of colonial militia from Virginia.

So when Washington stumbled upon a detachment of Canadian militia escorting the French emissary Ensign Joseph Coulon de Villiers de Jumonville, he panicked, fearing it was a party of Indians. Jumonville had been sent to find the Virginians and to urge them to leave the region peacefully. Washington’s party killed Jumonville and 12 of his men in an ambush. The “assassination” of Jumonville caused a diplomatic furor in Europe, and most historians consider this “battle” as the informal start of the French and Indian War, or Seven Years’ War, in America.

But while we remember Washington’s part in these events, the Native Americans who worried him so much have been largely forgotten. They were the Anishinaabeg of the Great Lakes, and their history was as rich as Washington’s own story—and they had a similarly dramatic impact on world history. Indeed, the kings of France, ministers in London, and imperial and military officers in America, including George Washington, feared—and respected—the Anishinaabeg. They all spent considerable time discussing Indian politics—and worrying about their influence on European affairs.

Anishinaabeg is the term many people across the Great Lakes region—from the St. Lawrence River to the headwaters of the Mississippi—use to refer to themselves, meaning the real, or original, peoples. Europeans called them the Ottawa, Chippewa, Potawatomi, Nipissing, Algonquin, and Mississauga. But they all spoke Anishinaabemowin, and they were all, as they put it, “Allies to each other and as one People.”

One of the most powerful Anishinaabe settlements was Waganakazee, located at the Michilimackinac—a narrow strait that connected Lakes Huron and Michigan (at present day Mackinaw City, Michigan). Here, a large—and growing—group of Ottawa (or Odawa) managed to use their extensive kinship ties, mastery of the canoe, and strategic location to carve out an important role for themselves even in the midst of European imperialism. If natives or newcomers wanted to pass east and west, or north and south across the lakes, they needed the permission of the Odawa. In the era before railroads and highways, Michilimackinac was the “door” to the North American continent. And the Odawa held the key. 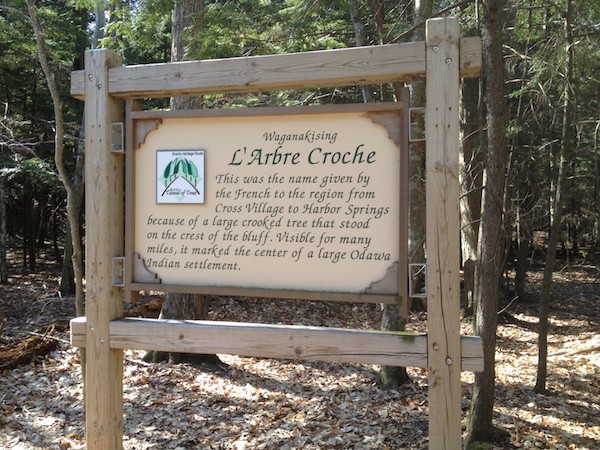 I first came across the Anishinaabeg when researching the life of Charles Michel Mouet de Langlade, the son of an Odawa mother and a French father who played an important role in many different 18th-century conflicts. Langlade is often depicted as a French or British officer or agent. But I quickly realized that it was his Odawa family who wielded the most influence over his life.

They wielded an outsized influence in the region, too. The Odawa stood in the middle of a complex web of relationships with other Anishinaabemowin speakers that stretched east, west, north, and south. They also had a long history of conflict and cooperation with other Indian peoples around the Great Lakes region that shaped the way they interacted with European newcomers. Beginning in the 17th century, French imperial officials and settlers along the St. Lawrence River (which connects the Great Lakes to the Atlantic Ocean) were enmeshed by the Odawa and their kin in one Indian war after another over the beaver fur trade.

And when the French tried to interfere in Indian politics, the Anishinaabeg simply played them off against other Indian nations, or the English to their south, by threatening different alliances. The collective strength of the Anishinaabeg meant they could not be ignored or cowed.

When the British defeated the French in the Seven Years’ War—a conflict the Odawa had inadvertently helped start—they inherited these uncertain and volatile relations with the Anishinaabeg. In May of 1763, Native Americans all across the Great Lakes region rose up as if on a signal to take newly occupied British posts in what became known as Pontiac’s War, or Pontiac’s Rebellion. At Michilimackinac, a group of Ojibwe playing a game of lacrosse flipped the ball into the fort and rushed after it. Once inside, they overwhelmed the garrison, killed at least 16 soldiers, and took the rest—along with their officers—prisoner. 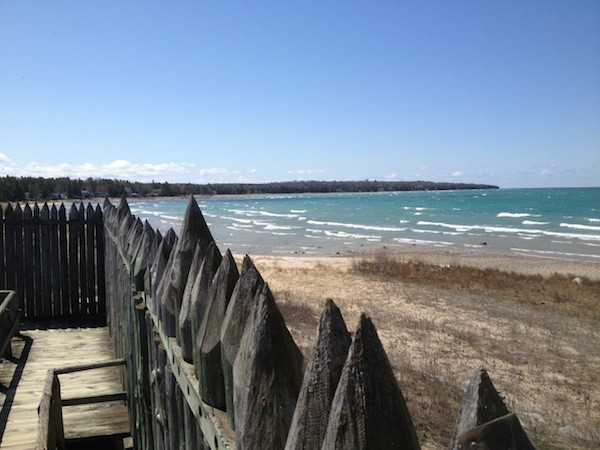 View from Fort Michilimackinac, looking westwards toward Lake Michigan. This is a 20th-century reconstruction of the fort that was attacked by the Anishinaabe Ojibwe in 1763.

In local lore, Langlade reputedly strode in at the last minute and saved the remaining prisoners from almost certain death at the hands of the Ojibwe. But in reality, it was the Odawa from Waganakazee who orchestrated the denouement. They stepped in to mediate between their kin the Ojibwe, the British, and other Native groups in the region. They held on to the survivors as hostages for a time, yet ultimately returned them safely to Montreal—to great acclaim.

The Odawa were not interested in exterminating the British at Michilimackinac, which they could have done at any time. They were happy to have a British post among them, but on their own terms. These included allowing French traders to continue to operate in the area; disallowing the British garrison to grow their own corn; and twice yearly transfers of substantial amounts of trade goods and provisions. We often call these presents “hand-outs,” but we should call them “rent.”

In general, the uprising served as a costly reminder to the British of Native sovereignty and their competing claims over the land. The British tried to end Pontiac’s War in 1764 by conceding to most Indian demands and giving out about 58,000 English pounds worth of presents and provisions.

To put those concessions into perspective, that same year, Parliament passed the Stamp Act to raise revenue from the colonies to help pay for their own defense and to maintain peaceful relations with the Indians. Legislators hoped to raise some 60,000 pounds by selling the stamps, roughly the same amount the British had paid to try and end Pontiac’s War. Native Americans, then, helped ignite the fuse that would ultimately ignite the American Revolution.

We cannot understand the history of early America without comprehending Indian country on its own terms. The choices made by the Anishinaabeg mattered.

The Anishinaabeg, long a powerful presence in the Great Lakes region, remain today one of the largest indigenous ethnic groups in North America. They have shaped the history of the continent in profound and diverse and creative ways. One way or another, they will continue to shape it yet.