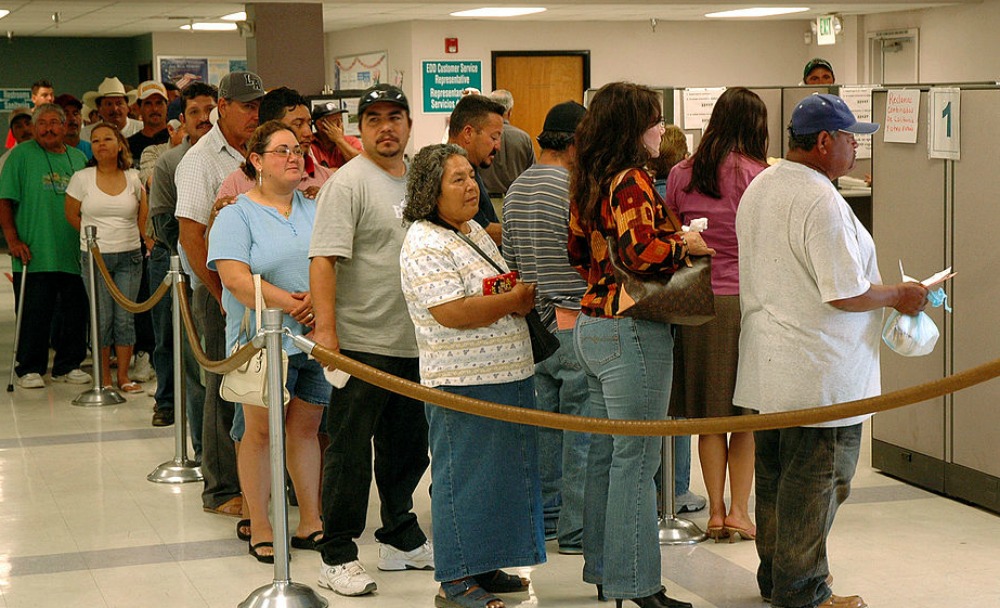 It’s easy to think that, in the world of employment and anti-poverty programs, nothing ever changes, that the same joblessness continues even as the government spends billions of dollars each year.

I know this isn’t true. For the past two years, I have been working with archivists Michael Dolgushkin and Shelby Kendrick, sifting through old files and records on employment from the 1970s and 1980s. The work is part of a California State Library research effort to catalogue employment-training strategies in California. I have worked in and with local job-training projects in California since 1979, and the archival project involved my papers on job training and employment programs and the papers of other practitioners and researchers over the past four decades. For the 1970s and 1980s, we collected hundreds of reports and articles about specific projects aimed at youth illiteracy and unemployment, retraining laid off workers, and welfare-to-work approaches.

That era feels very familiar, since people were worried about the same big issues that we are now—growing wage inequality, the hollowing out of the middle class, chronic unemployment. But it’s also encouraging, since our responses to those big problems back then actually made a difference.

The 1970s and 1980s are a peculiar and urgent time to visit via an archival time machine. Government and academic papers were being written about the elimination of middle-class jobs, particularly manufacturing jobs available to workers without college degrees. Rising teenage pregnancy rates and welfare rolls fueled predictions of increased urban violence and a growing “underclass.” “Deindustrialization” was a popular topic, with essays such as “America’s Changing Economic Landscape” and “The Declining Middle.”

And so was the fear that technology was eliminating a wide swatch of jobs in all sectors, leaving a mismatch of too many workers for not enough jobs. In a 1984 report, “Forecasting the Impact of New Technologies on the Future Job Market,” Stanford researchers Russell Rumberger and Henry Levin warned that the high-tech sector, seen as a font of replacement jobs, was actually creating a relatively small number of jobs, and was unlikely to be a major employer in the future.

None of the specters of those days have materialized, though. To the contrary, we have seen improvements. Welfare rolls have dropped dramatically, as have teen pregnancy rates. Job growth has outpaced job loss due to technology and other forces. The middle class has shrunk by some indicators, but remains robust, and new mid-level jobs are being created.

Where did we go right? There is no one answer. Success came as a result of a complex mix of influences: government, private sector, and volunteer education and training programs; demographic shifts; macro-economic policies. But that’s not enough of an explanation. All the improvements are linked in ways to a dynamic that too rarely gets mentioned in policy discussions: the willingness of people (policymakers, practitioners, and ordinary citizens) to stand up to then-dominant ideologies and refuse to be paralyzed when problems are described as intractable. Below is a very brief sketch of this dynamic in California.

In the 1970s and 1980s, the consensus on welfare held that expanding government benefit programs was inevitable, that entrepreneurship would be replaced by the collaboration of big government and big private-sector companies, and that the country’s employment future lay in a model of big government, big labor, and big private sector companies. It was a consensus adopted by top officials in government, private foundations, large non-profits, and the prominent think tanks of the time. Welfare rights organizations and advocacy agencies, with funding by private foundations and government, opposed any attempts to rethink the welfare system (they sought to expand it), and they and others dictated to the Democratic-controlled state legislature what to do.

How was this consensus broken? Slowly, by people on the left and the right challenging the establishment. Welfare reform only began its first steps when a few elected Democratic officials in Sacramento, such as then-State Senator John Garamendi, were willing to break ranks and join with Republicans, national thinkers such as Lawrence Mead, and local practitioners to establish welfare time limits and redirect welfare agencies to become job placement agencies. Eventually, a different way of approaching welfare took hold—one that aggressively pushed welfare recipients into the work world. Caseloads, which reached a high of more than 900,000 cases by July 1996, started a steady drop over the next eight years to fewer than 500,000 cases by July 2004. (During the Great Recession, the number of cases rose, but has leveled in the past few years, at around 560,000.) Whereas previously welfare caseworkers looked at welfare recipients and asked, “How can we take care of these people?” after the implementation of welfare reform, the caseworkers began to ask, “How can we build on the strengths these people possess and help them become more self-sufficient?”

Welfare reform had many other moving parts, and the case reduction had greater complexity. But at core it was the rejection of a liberal ideology of expanding government benefits. 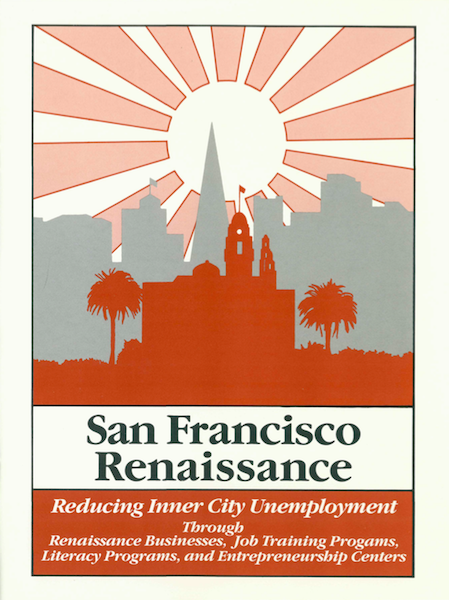 Regarding job numbers, deindustrialization and technological advances did produce the envisioned job losses in California. But they also produced unexpected job gains that replaced the losses. In September 1980, payroll employment stood at 9,829,000 jobs in California. This September, payroll employment was up to 16,199,000 jobs. California had over 1.2 million manufacturing jobs this year.

The main driver of this job growth has been entrepreneurship, that supposedly disappearing value. Its promotion came not from the federal government or other elites connected with employment strategies, but from outside practitioners and thinkers—again, on both the left and right. Non-profits such as the Corporation for Enterprise Development, minority business development groups, and local community development corporations pushed forward strategies on local levels emphasizing entrepreneurship such as the expansion of inner-city loan funds, and purchasing networks for fledgling businesses. The developing market-oriented think tanks, such as the American Enterprise Institute and the Heritage Foundation, identified the tax changes and culture changes necessary for entrepreneurship to expand. George Gilder’s 1981 best-seller Wealth and Poverty was also crucial in creating an argument and language to explain the value of entrepreneurship.

The history of the past three decades in California shows that in the areas of welfare, teen pregnancy, job growth, and new business generation, improvement is possible. But there is no room for complacency. Today, California’s foundations, social welfare non-profits, and government entities continue to be led by persons who see their role as expanding government benefit programs or adding free community college or other free goods to reduce income inequality or poverty. These approaches, not anchored to employment, business growth, or entrepreneurship, won’t have any more success than similar programs of the 1960s and 1970s.

Today’s job training and anti-poverty practitioners and policymakers rarely study the efforts of previous decades. That’s unfortunate, and the California State Library archival project is aimed at showing how much there is to learn from the past. We will need to keep to true to the values that drove our social and economic successes of the past three decades. If we do so, in another 30 years we’ll be able to revisit our current employment approaches, and see that, once again, we made progress.