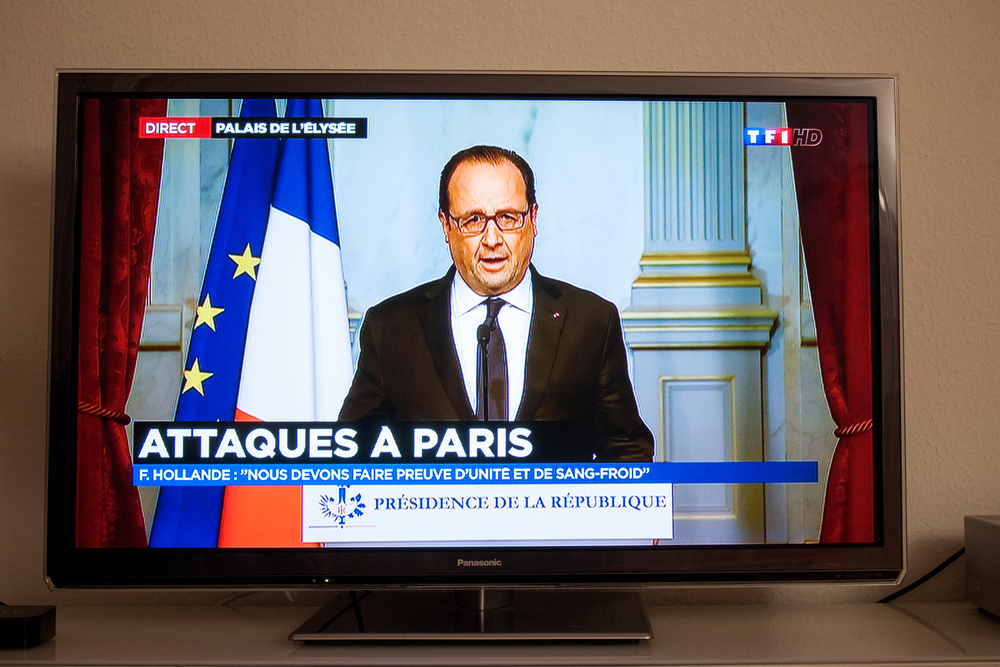 My patient, Anna, is an African-American woman in her 60s living alone in Los Angeles. She has a progressive arthritis and she walks slowly with the aid of a cane. She no longer meets friends at the movies or at the mall, and won’t go to shows. But her arthritis isn’t the reason she is avoiding public places and limiting her social life. It’s the Paris terrorist attack followed by the San Bernardino attack, not to mention the active shooters that have become routine. She is watching a lot of 24-hour cable television and these events are constantly in the news.

She is telling me this because I am her primary care doctor. As part of a routine check-up, I want to know if her arthritis is affecting her daily life. When patients become socially withdrawn, their health deteriorates further. She wants a reality check. Her arthritis never limited her but, she asks, should she avoid these places, be this afraid of terrorism, even if it’s affecting her health and happiness?

Anna is an example of the ‘‘terrorism burden”: the adverse health effects—ranging from loss of well-being or security to injury, illness, or death—caused by terrorism and national terrorism policies.

Terrorism causes public fear by definition and by intent. Our response to terrorism can harm our health, too. Watching the unrelenting replays of the September 11 attacks on television worsened psychological distress and even increased the risk of post-traumatic stress disorder. After every terrorist attack, pediatricians warn parents to limit their child’s exposure to television news on the topic.

But beyond what’s clinically diagnosed, our counterterrorism policies can also create other unintended psychological harm. And it is the most vulnerable people among us who feel these effects most deeply.

After September 11, 2001, the Department of Homeland Security ran its well-intentioned, color-coded system alerting the public to the risk of terrorist attack. For 10 years, the terror alert level remained at yellow, an elevated risk of attack. It’s not surprising that, a year after the attacks on the World Trade Center and Pentagon, more than 10 percent of Americans were still changing their behaviors from fear of terrorism—limiting their outside activities, use of public transportation, and attendance at public events. The constant reminder about the threat of terrorism impaired our sense of security, a critical part of one’s overall health.

Unremitting warnings of terrorism harmed people from some walks of life more than others. Surveys found that persons with disabilities were more anxious about their personal risk from terrorism than were persons without disabilities. One survey that my research team worked on in 2004, three years after September 11, found that having a physical disability increased the likelihood among Los Angeles residents of frequently avoiding activities from fear of terrorism. The study also found that, compared to non-Latino whites, African-Americans were eight times more likely to frequently avoid activities from fear of terrorism; Latinos were seven times more likely.

We looked for reasons to explain this disparity. Could differences in the prevalence of psychological anxiety lead to different reactions? Or might lower educational attainment make it harder to understand the real risk, thereby leading some people to overreact? Nope. Our results did not change after statistically accounting for differences in education, income, anxiety level, immigration status, and other factors. Other researchers have found similar results across America.

Psychological theories such as R.W. Rogers’ protection motivation theory and Kim Witte’s extended parallel process model may explain our results. According to these theories, people will change their behaviors to protect themselves and reduce their fears based on their appraisals of both the threat and their abilities to cope with the threat. The threat appraisal includes perceptions of the probability of harm. The coping appraisal assesses their perceived self-efficacy to cope with an attack.

These theories help me understand my patient Anna’s avoidance behavior. Anna is less able to protect herself in a terrorist attack, like the attack in San Bernardino, because she can’t run away or hide as easily as someone without a mobility impairment. No matter how well prepared she is for any disaster, she faces greater risk of harm for this reason. Terror alerts may be nationwide, but people assess their vulnerability to terrorism and disasters—and their ability to recover—on a very personal level. Then they adapt their behaviors to protect themselves from harm and to reduce their fears. One possible reason minority groups take measures to avoid terrorism is they may not trust they will be treated equally after a disaster, as in Hurricane Katrina.

When people feel at risk, they may make bad choices or make good choices. It’s a bad choice to stay at home all the time, but a good choice to learn how to protect yourself in the event of a disaster or mass shooting.

Of course, trying to protect yourself from harm is a good thing. But avoiding going to a restaurant with your friends is not the best way to do this. When people feel at risk, they may make bad choices or make good choices. It’s a bad choice to stay at home all the time, but a good choice to learn how to protect yourself in the event of a disaster or mass shooting. In my research, the same vulnerable groups who are avoiding public places after a terrorist attack are also buying emergency supplies and making disaster plans immediately after disasters and terrorist events. People who believe they are particularly vulnerable to a risk are motivated to reduce it. We should be guiding people to the right choices.

I am tempted to reassure Anna that her risk of meeting a terrorist is vanishingly small, but I know this won’t really help her. It could make her feel unheard. What I can do is recommend actions, in detail, that will actually reduce her risk in a risky world. This is one of the first lessons of what is called risk communications—the study of how we should communicate about risk in ways that promote healthy responses.

She should talk with a close colleague at work to enlist her help should she need to evacuate quickly. She should watch the online videos giving detailed instructions about “Run, Hide, Fight” with a particular focus on the details in the Hide and Run parts. (This is the approach recommended by the Department of Homeland Security and other federal agencies, based on a small body of research showing that immediate evacuation can save lives. It is also controversial. But having a plan and training may be better than inaction.) Anna can view the video and decide if it will work for her. I recommend the Ready Houston video on YouTube, despite the terror of watching it.

She should ask her boss to make a company-wide drill out of these recommendations, or at least practice it herself in her head—to “train your brain” as Amanda Ripley suggests in her excellent book, The Unthinkable. And she should keep at least a week’s worth of water, food, and her prescription medicines for the inevitable earthquake. As her doctor, I can give her detailed directions about how to get an extra week’s worth of medicine, which is only allowed by her health insurance plan if she makes the requests in the right way.

The recent terrorist attacks are an opportunity to improve our preparedness for emergencies and disasters. Let’s not miss this opportunity. For all the media attention to the San Bernardino attacks, I have not seen anything on how to promote our safety and well-being in the practical ways I describe.

All businesses should actively drill “Run, Hide, Fight.” I like Ripley’s idea of encouraging participation in drills by having the official meeting spot be a coffee shop on the next block where the boss buys everyone a coffee. Other doctors and pharmacists can proactively advise patients on getting and storing a week’s worth of medicine for disasters. Rather than using these attacks as moments to remind ourselves what we should be scared of, we can make these events teachable moments that build a greater culture of preparedness across the nation.