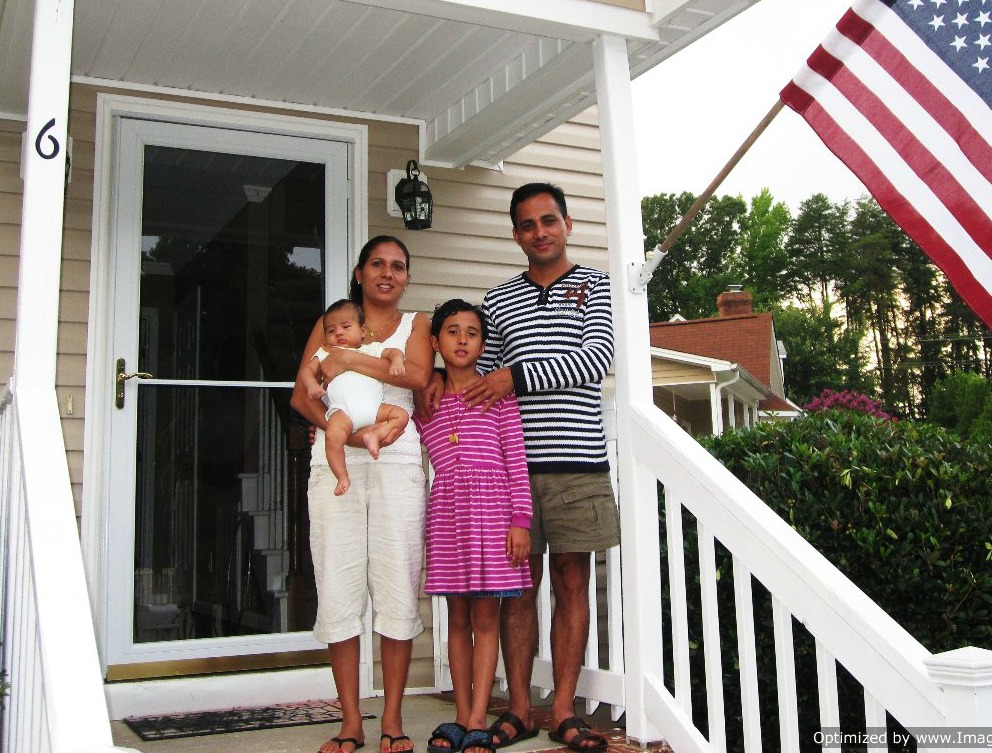 In the aftermath of the recent attacks in Paris and San Bernardino, politicians in the U.S. have voiced skepticism about the arrival of foreigners on their shores—and even question the motives of refugees, who are protected by international conventions. These attacks did not involve refugees, but the anti-foreigner rhetoric has become so overheated that it has raised fresh doubts about how refugees are resettled in the U.S. and, once here, how they integrate into our society.

The security concerns are understandable, but largely misplaced. Unlike what has been happening in Europe, people seeking to become refugees in the United States undergo intensive screening over a prolonged period, a process that lasts between 18 and 24 months. All potential refugees are first processed by the United Nations High Commissioner for Refugees (UNHCR), and then have to pass a series of background clearances from U.S. law enforcement and intelligence agencies that include in-person interviews and exhaustive foreign and domestic database checks.

It’s bad enough that many Americans don’t understand how difficult it is to be admitted as a refugee to this country. But they also don’t understand how hard it is for these refugees, often arriving from horrendous circumstances, to make the rapid adjustment American society expects of them.

We have spent years studying what it takes for refugees to make the transition from initial desperation to that point where they are independent, well-established, contributing members of society, which is what we all want. We draw primarily on our experience in Arizona, a prime home for refugee resettlement. Since 2001, nearly 23,000 refugees—mostly from Iraq, Somalia, Burma, Bhutan, and the Congo—have come to the Grand Canyon State.

It’s hard to overstate how lost most refugees are when they arrive, and how tough it is for them to find their footing and move forward. Many times when they are first picked up at the Phoenix or Tucson airports, they don’t understand where they are; they only know they that they are somewhere near California. We’ve learned that there are strategies that work—and those that don’t.

Once in Arizona, refugees receive an initial boost, no more than $1,125, to cover an apartment, food, and basic necessities. But that one-time financial assistance runs out quickly, usually within three months. They also receive a basic cultural orientation as well as supportive services from sponsoring local organizations to help them adjust to living in completely new environments. These services can be accessed by refugees only during their first five years in the U.S., but are often limited to extreme health needs and primarily employment.

The idea is for refugees, with a combination of public and private help, to swiftly become self-sufficient and independent by integrating into society (and the workforce) as soon as possible. This approach is different from many European models which can be more financially generous, but create greater dependency and difficulties in acculturating.

But our process also leaves many refugees worrying about how to find their way and get ahead. Those early days can be heartbreaking. Many come with such high expectations, and quickly discover how much they don’t know, how challenging the weeks and months ahead will be. Take the case of a Somali family that only knew a rural agricultural lifestyle before being resettled into urban Phoenix: They were quickly shown their new apartment, then left to their own devices. Social workers returned another day to discover that the family had been huddling in the dark, unsure how to flip on the lights, turn on the fridge, or operate the stove.

It can be bewildering to need to relearn how to carry out the basics of everyday life, not to mention (in many cases) a new language. Where do you shop? How do you get there? Why does the food appear so different from what you are used to? How do you prepare this unfamiliar food in the markets? Why is toothpaste and deodorant necessary here, rather than the traditional methods of personal hygiene that you have used for a lifetime back home? What kind of toothpaste do you buy if you have never bought any before? How is it possible that a neighborhood in America, the golden land, actually seems dangerous?

Those early days can be heartbreaking. Many come with such high expectations, and quickly discover how much they don’t know, how challenging the weeks and months ahead will be.

A caseworker or a local family may answer many of these questions and even take the refugee family on a preliminary field trip. But then the time comes to ride a bus on their own, and they may get terribly lost. Why? In one case, a refugee relied on the landmark of a Circle K market with a mountain in the background, only to discover later that there are quite a few mountains and Circle Ks that ring the area.

Some refugees are college graduates; others can barely read. Whatever their family background, they know that school is that critical starting point, and desperately want their kids to have access to an American education. We know how education can help new families—many ASU alumni and current students pursuing careers in social work, social justice, and human rights came to the U.S. as refugees in their childhood.

The push for a job can offer the promise of a new beginning, the chance to survive economically and integrate with the larger society. This is especially meaningful if the honeymoon period of optimism and relief after landing in the U.S. is coming to an end. This can be when feelings of boredom, isolation, nostalgia for the home country and old problems reemerge and make it hard for them to move forward. This is also when post-traumatic stress symptoms can sprout.

We’ve seen many male Iraqi refugees struggle with these symptoms. With their generally open and forceful manner, they often have been quick to land jobs. But months later, many complain of bad headaches, stomachaches, extreme fatigue, or other physical problems, sometimes causing their employers or coworkers to think they are lazy and pretending. But when they’ve gotten care, professionals diagnose a delayed form of post-traumatic stress syndrome. It can be even worse for Bhutanese refugees—many of whom have experienced extreme trauma and end up taking their own lives.

The pressure to transition quickly from need to self-sufficiency carries other risks as well. Refugees are often encouraged to take low-wage, low-skilled jobs that are available right away. They get a momentary benefit, but those jobs rarely set them up for success.

It’s a paradox that refugees arriving with college degrees or other advanced education can have the hardest transitions. They often resist work that is below their standard, even if they lack the language skills or necessary certifications to pursue the same work here that they did back home. That’s understandable, but it can lead to them suffering longer periods of isolation and struggle.

To overcome these challenges, we’ve developed a social entrepreneurship program that boosts the potential of these newcomers to become greater contributors to their local communities and the broader American economy. Our program provides entrepreneurs from various refugee communities with training, and connects them to resources such as consultants, micro-lenders and start-up incubators for starting their own ventures. Through new social ventures like New American Community, Inc., their identities are transformed from dependent refugees into new Arizonans with gifts to offer their new homes and neighbors. This is one path towards raising self-esteem, economic security, and social embeddedness.

One Congolese woman, recently resettled to Arizona, worked with her local community leaders who had participated in our social entrepreneurship program. She was able to realize her dream of starting a business in America when she opened a dress-making and tailoring shop in Phoenix that sells African-style clothing to both African women in the U.S. and also to the general population interested in African fashion. This entrepreneurial engagement offers a key antidote to a common source of refugee malaise—the feeling that they have few or no choices. It’s dispiriting when everything is done for you and everyone else makes decisions about what should happen to you.

In the weeks and months ahead, politicians in the U.S. and other nations will continue to grapple with the best way to manage the ongoing refugee crisis. We know from experience that resettlement can be effective and enriching to our society. We can only hope that our political leaders draw on our country’s long knowledge and rich experience with refugees, rather than give in to momentary doubts and fears.