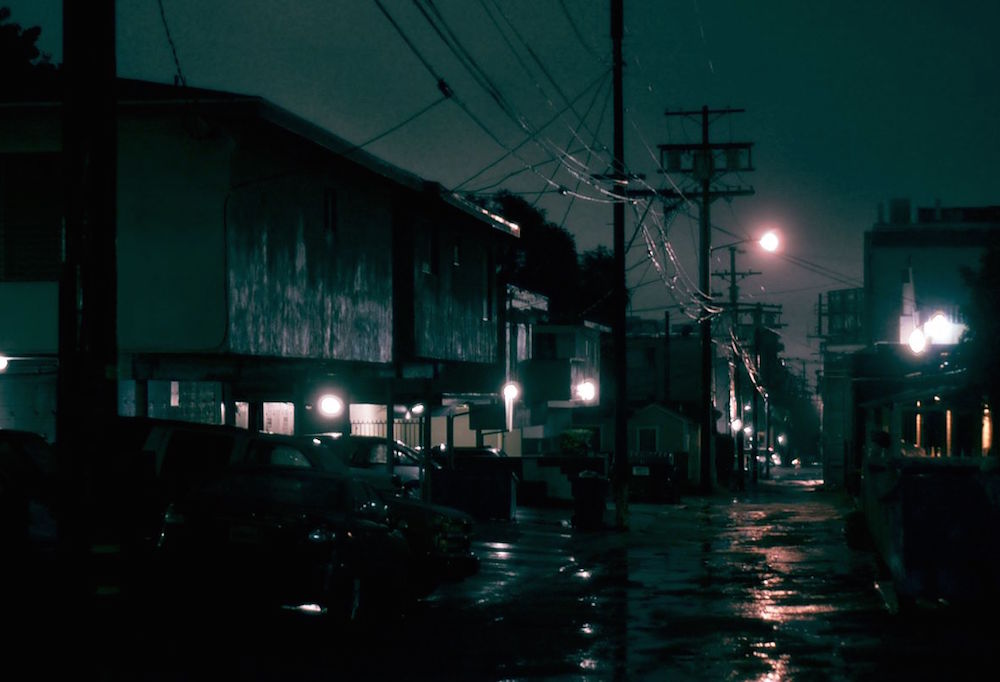 You know that earthy smell that comes just as it begins to rain after a dry spell? It has a name. Scientists call it petrichor.

When I smell petrichor, I get excited: Rain is a personal and professional obsession. I begin keeping close tabs on the window while I check weather reports for the forecast. As the manager of citizen science (getting the community involved in scientific studies) at the Natural History Museum of Los Angeles County, I start making a list in my mind to share with others. What mushrooms and slime molds and snails and slugs will I be likely to find? I imagine all of the places I should check to find these uncommon organisms that only come out when the soil is moist.

Where I grew up—England—rain was not at all a rare event. As a kid, I’d follow the slime trails of snails to chase them down among the bushes, then carefully take them to the designated snail house—a crook in a tree. Somehow the snails would always escape! I would walk across the farm fields around my house looking for mushrooms growing in circles, which my grandma told me were called fairy rings.

One day I was exploring a hollow tree and a huge puffball mushroom exploded in my hair. It happened as I climbed up inside the dark recess and spotted a large creamy white orb about the same size as my 7-year old head. As I wiggled through the hollow, trying to pull myself through, I brushed against the puffy mass and it burst. It was white and gooey and made my curly hair stick to my head. My family thought it was hilarious.

In Los Angeles, I have to wait months and months for a good rain. With El Niño 2016 upon us, I am on alert for the new slimy city that springs up after a rain, whenever I hike, walk to the bus stop, or bike through Koreatown.

Fungi live most of their lives underground, hidden from our eyes. Here in the arid Southwest they are easy to miss, only showing themselves for the briefest of moments after rains, or on irrigated lawns and mulched garden beds. Hiking in Griffith Park after a storm, I look along the sides of the trail hoping to spot spectacular fruiting bodies—what most of us think of as mushrooms. In Southern California, there are almost 400 species of fungi, including wicked poisonous ones like the western destroying angel, and delicious chanterelles, which sell online for $24 a pound. If you are really lucky you might even stumble upon a jack o’lantern, a bright-orange-gilled mushroom that glows in the dark! This is real bioluminescence. It contains the enzyme luciferase, the same as in fireflies.

A few years ago, I found a puffball mushroom in Griffith Park. It was much, much smaller than the one that popped on my head as a child, but I still couldn’t resist taking a closer look and marveling at the white bumpy flesh. This time, I touched it with my finger—and a faint puff of brown “smoke” seemed to be exhaled. Just like a raindrop, I had triggered the spores to release so the puffball’s genetic material could carry on.

Slime molds are even more alien than fungi and just as fun to hunt down. Take the dog vomit slime mold, for example. The name comes from its common incarnation as a bright yellow or pink oddly puffy aggregation on lawns, paths, or walls. It can be found all over the city, and I’ve found it in mulch along the L.A. River, and in planters in Koreatown. Most of the time the dog vomit slime mold lives as a single cell, surviving underground or inside dead wood and engulfing food. It’s when times are tough—for instance, when they run out of food—that the cells come together to move around in these large masses called slugs. Scientists have been studying their movement—watching them solve mazes or making them grow interstate highway systems on maps! After the slime mold goes through sexual reproduction, they produce and release spores and then turn black. The spores are caught by the wind and blown away, landing on new territory where they can go through the cycle again. 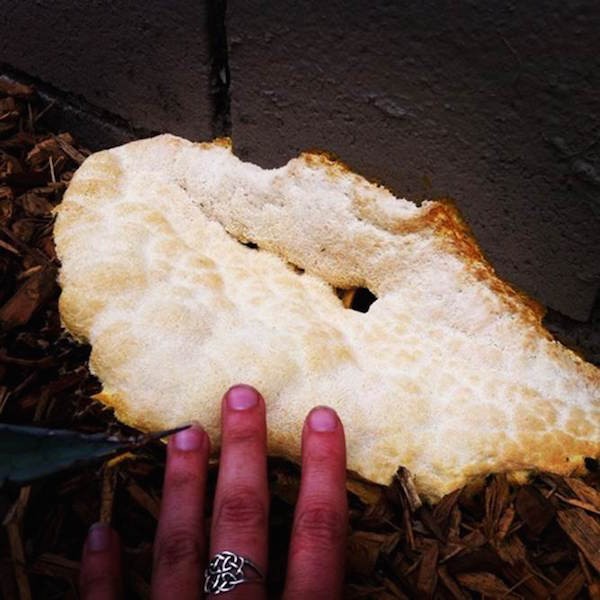 Dog vomit slime mold spotted in a planter in Koreatown.

Thirty years later, I am still chasing snails. A few days ago, after a rain, I went on a work field trip with museum herpetologist Greg Pauly in search of snails and slugs. In celebration of the museum’s SLIME (Snails and Slugs Living in Modified Environments) project and El Niño, I was bent on getting pictures for this citizen science project. We strolled through West Coyote Hills in Orange County and kept our eyes peeled. At the bottom of a mountain biking trail, Greg and I began gently flipping over old bits of rubble.

After 30 seconds, we found snails. I took a look and immediately thought they might be interesting. They didn’t look like the regular brown garden snails (the big ones that were introduced from Europe for escargot) that are found all over town. Instead, they had a chocolate brown stripe that followed the swirl of the shell and they had a much darker body. We took pictures, hoping we could get the snail identified by the museum’s malacologist—a.k.a. snail/slug/clam/squid/octopus scientist—Jann Vendetti. Later that evening I got a two-word text message from Greg.

These are the types of texts you get when scientists are your friends. Greg had shown the photo to Jann, and she had been able to make a positive identification. These two words carried a lot of weight. It meant the snails we found were native Angelenos—Southern California shoulderband snails, to be exact. It meant we had found another population of this under-studied group. It also meant the pictures Greg and I had taken could be valuable citizen science data points. We both shared our photos to the SLIME project on iNaturalist (like FaceBook for nature nerds) so Jann can better study these snails, which are at risk of extinction. Our local native snails are L.A.’s version of the canary in the coalmine, if the snails are not doing well, our environment is not doing well.

When it’s very hot or dry, snails aestivate—which means they retreat into their shells to use as little energy or water as possible. Some species can even excrete a liquid that becomes a barrier—Jann calls it an epiphragm—sealing themselves (and their moisture) inside. And then they just hunker down waiting for the rain to return.

Sometimes I’m so excited when the rain returns that I lie down on dry pavement or dirt, so the rain can darken the ground around me to make a “rain shadow.” I’ve noticed that some raindrops feel sharp and prickly; others splash on my face in huge droplets. As I lie on the ground and really feel the rain, I wonder, what must this feel like to other creatures, who’ve been waiting so long for this manna to fall from heaven?