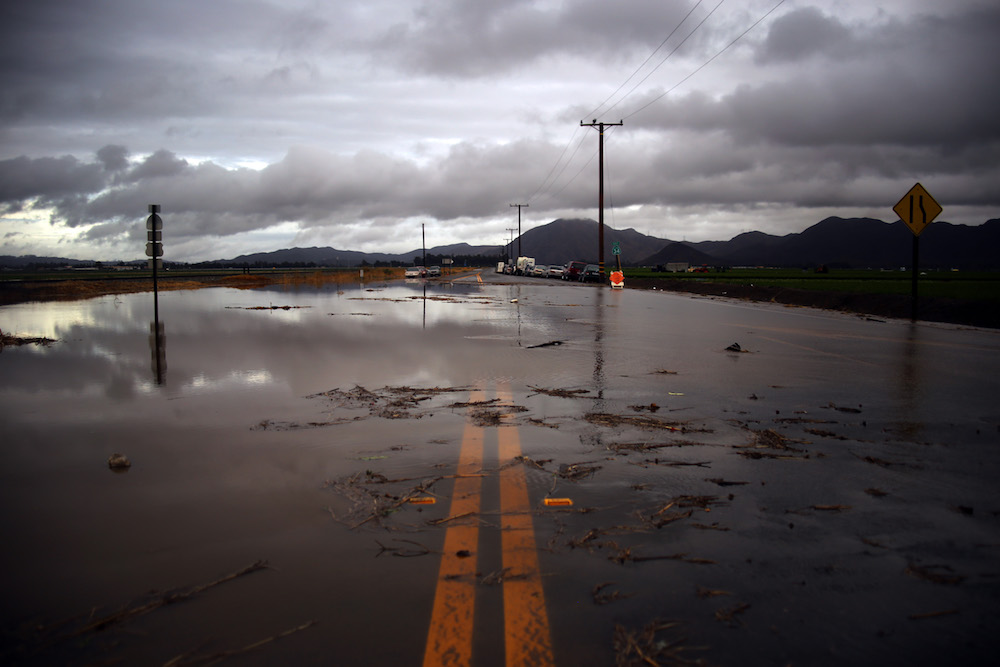 We’ve bought sand bags at Home Depot, installed new gutters, and patched up the roof of our house in Los Angeles. We’ve asked a plumber to check our industrial-grade sump pump and looked into flood insurance. I’ve even been pestering my husband to spray Thompson’s Water Seal over a leaky patch on the stucco wall outside our kitchen.

Now we’re just waiting for the next iteration of this “Godzilla” El Niño that threatens to send torrents of rain over California until March. As I check the weather report every morning—something I haven’t done in many, many years—I keep thinking: Have we done enough to prepare for these storms? Have we gone overboard? And, Didn’t I come to California to escape all of this?

I know rain. I lived through the wettest consecutive 12 months on record in England, a place famous for waterproof Wellington boots and soggy holidays. Between April of 2000 and March 2001, 53.37 inches of rain fell. In October 2000, large parts of Kent and Sussex were underwater as the rivers Ouse, Uck, and Medway burst their banks. In November, the swollen Ouse, in Yorkshire, damaged 5,000 homes and businesses in the worst flooding in 400 years.

I didn’t see that much catastrophe in Oxford, where I was studying for a master’s degree in English literature. But there were a few torrential downpours, frequent soft rains that soaked everything, and a sky that gave me a sense of how many shades of gray there really are. It was like living in a Eurythmics song on loop: Here comes the rain again.

I consider my two years in England (1999 to 2001) my years of living indoors. I learned to relish reading in libraries in Oxford and London—inspired to pore over books about swamps as part of my master’s thesis. But sometimes I could only stay inside for so long. One spring day, a group of us grad students decided to go to London. It began to rain at our first stop—the Tate Modern museum, where we had to stand outside in line for tickets because it had recently opened—and we were lucky that staff began handing out ponchos. The downy soak continued through the afternoon as we filed into Shakespeare’s Globe, a faithful reconstruction of the 1599 playhouse that was the Bard’s home stage. We had bought “groundling” tickets, which meant that we had to stand in the open-air area that extended from the foot of the stage as we were doused for over an hour. In retrospect, perhaps we tempted fate by choosing to see The Tempest. 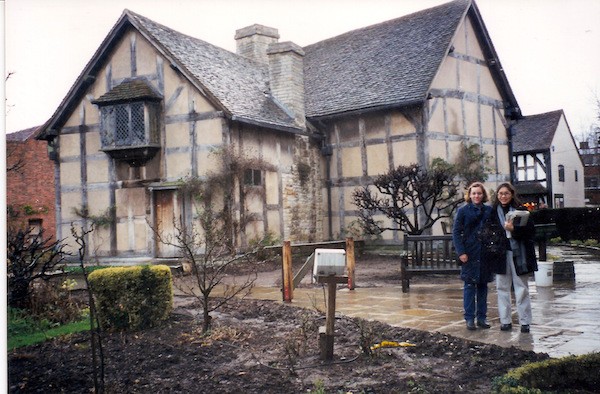 On a typically rainy English day, the author (at right) visits Shakepeare’s house in Stratford-Upon-Avon.

I could have laughed it all off as a lesson in charming English living if I hadn’t gotten so sick. In late February 2001, after enduring what seemed like an excessive number of colds, I was having trouble breathing. I couldn’t hear out of my left ear. My face broke out in hives. I slept with a hot water bottle to keep warm, and in my exhaustion I burned one of my legs.

That finally prompted me to see a doctor. She prescribed me antibiotics and an inhaler. I was so out of it that I lost the antibiotics shortly after I picked them up—they fell, unnoticed, out of my backpack on the bike ride home. It wasn’t long after that I discovered the source of all these problems. While looking through the wooden wardrobe in my room one day, I pushed aside all the hangers. The entire back of the wardrobe—which had been wallpapered—was covered in black mold. When I looked at the back of cabinets and bookshelves, there was more.

I went on a de-molding mission with bleach and a sponge, but the spores came back. I resigned myself to the fact that the mold was better suited to this climate than I was. So, that spring, as I had to think about what I would do once I finished my master’s degree, I was ready to go some place dry and warm. I dreamed of California. 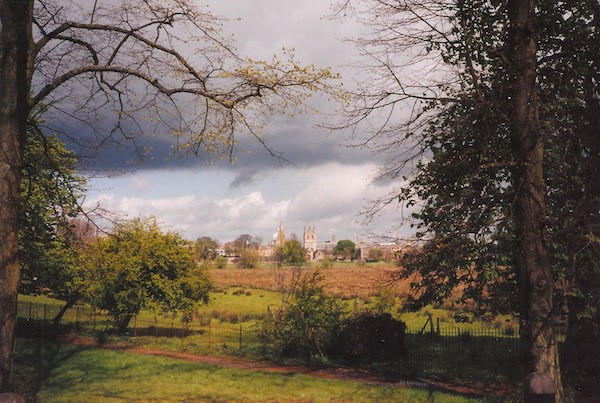 Even on sunny days in Oxford, storm clouds often loomed.

When I got back to America in July, it took me only days to lose the inhaler, stop wheezing, and feel the sinus pressure disappear. By the end of 2001, I’d made it to the Golden State. During my first few months in sunny Los Angeles, I put off doing chores like grocery shopping on the weekends in favor of going to the beach, or hiking in the Angeles National Forest. The days seemed too lovely to waste. And then a friend pointed out, “You know, every day is like this here.”

In the 15 years I’ve lived here, I haven’t really missed the rain. I love that I don’t have to worry about mosquitoes, which always seem to seek me out. And when I was a newspaper reporter and I had to stakeout a hospital or house on a news story, I appreciated that I didn’t have to do it the rain. Now that I have a young daughter, I know that when I run out of activities to entertain her with at home, I can always take her to a playground.

But four years of severe drought can make you change your mind. The paltry snowfall in the Sierra Nevada has meant water restrictions throughout the state and not a lot of skiing, one of my favorite outdoor activities. I’ve seen the shriveled almond and fruit trees in agricultural areas along the I-5. Walking on our lawn sounds like walking on corn flakes, and we’ve got a basin to collect water as the shower warms up. Of course, the city’s Department of Water and Power has announced a rate hike on our taps to thank us for our conservation efforts.

I was telling people I couldn’t wait for El Niño to show up, but that doesn’t mean I wasn’t anxious when it did. The first El Niño rains hit Southern California in January with ferocity. Freeways turned into giant channels of water. Hillsides washed away.

My husband put out the sandbags in front of our house so that all the rainwater washing down the street wouldn’t end up down our driveway. But then he found out that there’s a concrete sluice that someone built behind our next-door neighbors’ backyard a very long time ago that channels the water away from their basement to a corner of their property, where it flows into ours. Contractors have told us it is legal for property owners to help water flow downhill.

All of this makes me think of the strange things rain makes us do. Our current next-door neighbors have always been kind and generous, taking in our newspapers when we’re on vacation or letting us pick extra lemons from their tree. So how do we even bring up this issue of previous owners’ channeling potentially damaging waters toward our house? Where else are they supposed to send the water to? And should we just cut a hole in a fence and send the water down into the next neighbor’s yard?

Rain connects all of us in L.A. in ways we don’t always acknowledge. And it forces us to think ahead in ways that so many of us grasshoppers, singing happily in the sunshine, haven’t done in a long time. I’m stressed about the money we’ve had to channel into repairs, but I’m even more worried about doing nothing.

I realized recently that my 4-year-old daughter was born just as the drought was beginning. In those early days, when we struggled to find ways to calm her down in the middle of the night, we found that turning on a recording of rain helped her fall asleep. Since she hadn’t heard rain before, we wondered if there isn’t something hardwired in our brains that makes the sound of rain so soothing. Now, I guess, we’ll find out.