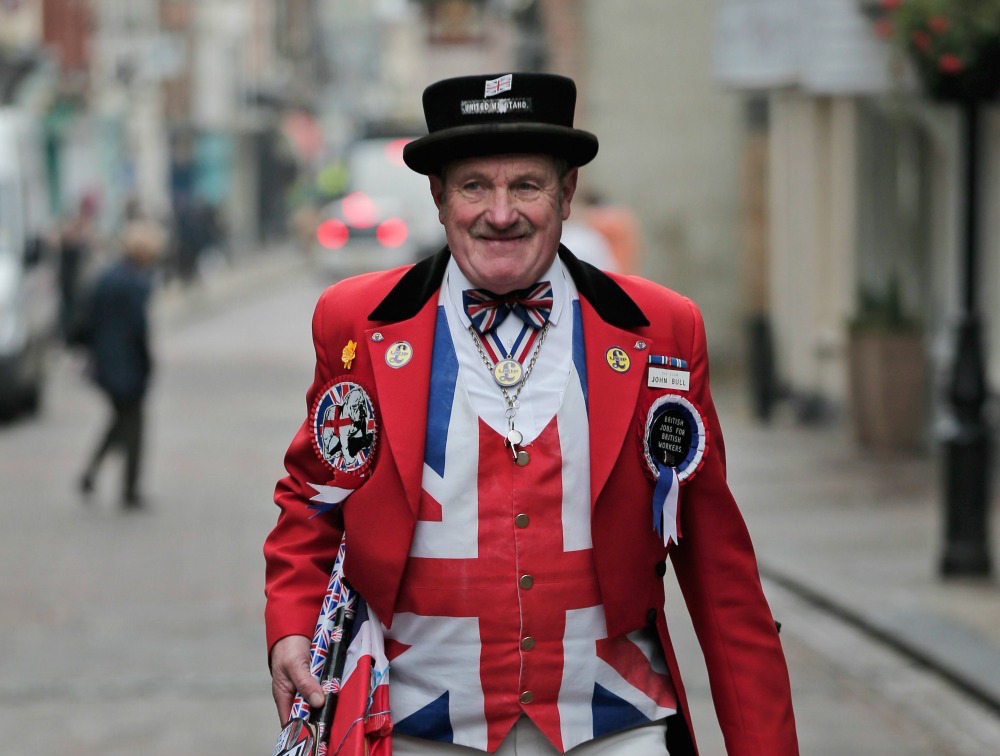 The U.K. would look inward

The U.K. would no longer be part of the world’s biggest trade block

In 1975, the United Kingdom voted on quitting Europe for the first time—just two years after it had joined the European Economic Community. A flip in power from the pro-European Conservative Party to the more Euroskeptic Labor Party led to a nationwide referendum on whether Britain should continue its EEC membership or stage a “Brexit,” severing its ties. The question posed to the British electorate was simple: “Do you think that the United Kingdom should remain part of the European Community (the Common Market)?”

The “yes” vote won by a sizable margin—67 percent “yes” to 33 percent “no”—but the referendum was itself a sign of persistent problems in the U.K.-Europe relationship. Last month, following another shift in power, U.K. Prime Minister David Cameron announced a second referendum, to be held in June. The British government is recommending that the U.K. should remain within the EU, but some politicians, organizations, and everyday citizens are making the case that the nation should stand on its own.

What would the U.K. look like if a Brexit actually happened? How would people’s lives change—and how would European countries treat their newly distanced neighbor? In advance of a March 10 Zócalo/Democracy International event “What Does Britain Owe Europe?”, we asked four experts on Britain’s place in Europe: How would the U.K. be different if it left the European Union?

The U.K. would be less prosperous, less influential, and less secure if it left the European Union.

Less prosperous because it is unclear that the U.K. would retain full access to the EU Single Market of 500 million consumers. Even if it did, it could no longer directly influence Single Market rules. Either way, the U.K. would become a less attractive location for investment and job creation. “Brexit” would give investors a big reason to hesitate before investing in the U.K.

Less influential because in negotiating with other non-EU states (like the U.S.), the U.K. would lose the political and economic leverage that comes with membership in a 28-state, 500-million-person union. This would directly and negatively influence the kind of economic and political deals it would get. Who do you think the U.S. president would want on the other end of the phone? The leader of a state with 64 million citizens or the leader of a union with half a billion? Outside the EU, the U.K. would have to get used to Air Force One flights bypassing London for Berlin and Paris.

Obviously, the U.K. would have less influence within the EU, since it wouldn’t be in it anymore. As a next-best option, it might well end up in a Norway-style “fax union”—compelled to wait by the fax to read rules dictated by others (and to contribute financially) as the price for U.K. access to European markets.

Less secure internally and externally because the U.K. would lose its current level of access to military and internal affairs cooperation. Moreover, the U.K. would be dealing with a Europe which it would have weakened and damaged by its leaving.

“Brexit” is a losing game. The U.K. should stay in the EU.

Gavin Barrett is a professor of European constitutional and economic law at University College Dublin’s Sutherland School of Law.

The U.K. would look inward

There is a possibility the U.K. would become more inward-looking if it left the EU. One of the underlying principles of EU law is to be “other-regarding.” This requires a nation’s lawmakers to consider how their decisions affect not just domestic goods, persons, services, and capital, but also their EU equivalents.

Take, for instance, the famous 1979 decision of the European Court of Justice in Cassis de Dijon, France. German law required all fruit liqueurs to have a minimum alcohol content of 25 percent, which kept French crème de cassis, a sweet 15 percent proof liqueur, off the German market. The European Court was having none of it: Goods lawfully produced in France had to be admitted to the German market. This principle of mutual recognition effectively required German lawmakers and administrators to regard technical standards in other EU member states. Doesn’t sound sexy? But it is important. It means a diversity of standards for products and greater choice for consumers.

This requirement to be other-regarding forces decision makers to be open to other ways of doing things. The principle is based on values of tolerance and enquiry. It leads to experimentation. So, county council officials in the British seaside town of Hunstanton have looked across the North Sea to inspire an experiment removing white lines from the road to improve road safety. This is not required by EU law, but EU rules can create a culture of openness to different ideas. Without the EU imperative to be other-regarding, something intangible, but valuable, might be lost.

Catherine Barnard is a senior fellow for The UK in a Changing Europe, and a professor of European Union law and employment law at the University of Cambridge.

One of the most certain and lamentable results of Britain leaving the European Union would be the elimination of the right of as many as 3 million current residents of the U.K.—who are European citizens—to remain in their homes.

To be sure, this would probably not mean an immediate wave of mass deportations. Instead, it would likely involve a long period of grinding uncertainty as new procedures and paperwork are invented to enable these British residents to go on living their lives. The suspense and accompanying anxiety would cause a significant number of people to give up, opting for the relatively greater certainty of living in the land of their passport nationality, even if they may not have lived or worked there for many years.

The resulting disruptions would not be limited to those whose right of residence was taken away. Both practical headaches and emotional trauma would extend to their employers and co-workers, their teachers and students, their neighbors, friends, and romantic partners. All would contribute to millions of hours that would have to be diverted to filling out forms and standing in queues in order to maintain or reassemble something like the current status quo.

These tasks would be a survivable ordeal and, for many, worth the hassle, as those of us without U.K./EU citizenship who live and work in the U.K. can attest. But given the tendency of pro-Brexit commentators to denounce the EU’s red tape and bureaucracy, the fact that a British exit from the European Union would require a tangible increase in top-down intervention in and micromanagement of the lives of British residents is bitterly ironic.

Jim Bjork is a historian at King’s College London, and the author of Neither German nor Pole: Catholicism and National Indifference in a Central European Borderland.

The U.K. would no longer be part of the world’s biggest trade block

Many of the laws and policies adopted by the European Union and implemented by the United Kingdom would be hard to undo immediately, if at all, so there would be few short-term changes in the way the U.K. approaches most key policy issues. But the U.K. would no longer be part of the world’s biggest trade block, nor would it participate in the EU’s key foreign policy discussions. It would probably also have to spend several years negotiating new economic and political relationships with its former EU partners.

Flows of foreign investment would likely taper off, and many non-European corporations would probably be less interested in basing themselves in the U.K., moving instead to other EU states. The U.K. would stop receiving EU agricultural and regional spending, and while it would save about 13 billion pounds in annual payments to the EU, the savings would be unlikely to make much of a difference to the average Briton, once divided among 64 million people.

There also would be new pressure in Scotland for another referendum on independence, which would this time succeed. And other EU countries might organize their own referendums on EU membership. Thus the U.K. might break up, and the EU might shrink further.

The current opportunities provided by the single market would be reduced, and the U.K.—or what was left of it—would find itself subject to EU law and policy without being able to shape it.

John McCormick is a political scientist at Indiana University-Purdue University Indianapolis, and the author of six books on EU politics and policy.