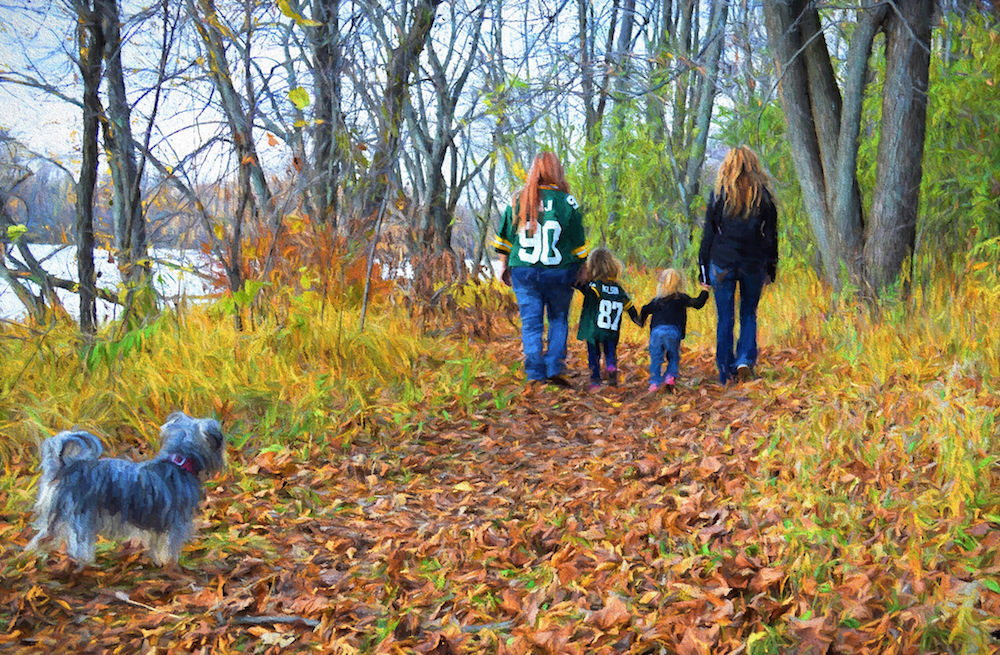 The April 5 presidential primaries in Wisconsin are expected to be close in both parties, and critical to deciding the Republican contest between Donald Trump and Ted Cruz. And the winners will be determined by whoever best harnesses Wisconsin’s politics of resentment.

This is still a shocking thing for lifelong Wisconsinites like me. Wisconsin is not typically characterized as resentful. We are supposed to be nice—“Wisconsin nice” is a special version of Midwestern polite.

But there is now some deep resentment in Wisconsin, driven by economics, and propelled into politics by savvy politicians during this decade. And now it is hitting this presidential election with full force.

I am a professor at the state’s flagship public university, the University of Wisconsin-Madison, and also a life-long Wisconsinite. I have been studying the politics of resentment here for the last nine years. I didn’t set out to study resentment, but it was what I found. I study public opinion, and have always been interested in the way people make sense of politics. Rather than using polls, I listen to people talk to the people they normally talk to, in the places they normally spend time.

Back in 2007, shortly after I earned tenure, I wanted to do a study in my beloved home state to help me understand the role social class identity plays in how people interpret politics. So I sampled 27 communities from across the state. In each place, I sought out people in the know, who would direct me to groups of people who meet regularly on their own accord. This took me to diners, churches, McDonald’s, and gas stations.

So far, I have met with 39 groups across those 27 communities, listening in on conversations over multiple visits. Whenever I joined a group of regulars at a gas station for the first time, I would walk in, introduce myself as “Kathy from UW-Madison,” and ask if I could turn on my recorder. Then I’d ask people what their main concerns are and we went from there.

What I learned surprised me. Half of the people in Wisconsin live in rural counties, and half live in urban counties. I had grown up in a town of 7,000 just outside the Milwaukee metro area. I thought I knew Wisconsin. But I did not realize the extent of the resentment in small towns and rural Wisconsin toward the main cities—Madison and Milwaukee.

There were three parts to this rural resentment. Many folks perceived that the state government in Madison sucked in all of their money, and spent it on itself or on Milwaukee, and not on their own community. They also felt that people in their communities and in similar places did not get their fair share of attention. They felt that the important decisions that affected their lives were made in the cities and communicated out to them. In their eyes, very few people were listening to their concerns. They were amazed, for example, when I came back for a second and third visit.

They also felt disrespected, that city folks did not understand their way of life, what they valued and the way they lived. They valued knowing their neighbors, and having deep roots in the communities where they lived. They lamented the way those communities used to thrive and believed that cities were thriving while small towns are “drying up and blowing away.” They perceived that city folks did not understand their difficult economic situation—poverty and unemployment are higher in rural counties here and median income is lower.

And they resented how their own resentment of people in cities often gets labeled as racism, and subsequently ignored. That’s wrong—the resentment fueling our politics is more complex and thus more powerful (which is why it’s a mistake to write off Trump supporters as racists). Racism is part of this mix, but it is bound up with resentment toward a variety of entities by which people feel ignored and disrespected, including government.

That potent mix of attitudes is fueling our politics. When Scott Walker ran for governor of Wisconsin in 2010, he made use of these urban vs. rural divides (even though he was at the time the county executive of Milwaukee County) by warning that “our” roads wouldn’t get funding if we accepted an $810 million dollar federal grant for high speed rail between Madison and Milwaukee. He also talked about the overpaid public employees in “places like” Madison. He ran implicitly against what many people perceive as the centers of power: the cities.

He also ran against the government and public employees. Once in office, Walker tapped into resentment against the cities to propose legislation that effectively outlawed collective bargaining for public employees, and required them to substantially increase their paycheck contributions to their health insurance and pensions. This worked, because, even though many public school teachers or state employees live and work in rural communities, many rural residents perceive unions as an urban thing.

In those occupations, teachers and employees in rural government offices such as the Department of Natural Resources were part of the “them”—extensions of a government that does not “get” rural life. And, in many of these communities, the teachers and government employees were the highest income earners in town and among the few with employer-provided health insurance. Rural people working several jobs to make ends meet resented that they couldn’t match these wages and benefits. From that perspective, why would anyone agree to pay more taxes or have more government programs?

Many of these rural perceptions are misperceptions. It is not the case that rural areas in Wisconsin are getting less return per capita on their taxpayer dollars; to the contrary, rural areas get a higher return than cities. But it is these perceptions, not realities, that matter.

Anti-urban sentiment, bound to a profound sense of economic injustice, has produced a significant regional divide among Wisconsin Republicans. Ted Cruz is polling well in the heavily Republican and relatively wealthy Milwaukee suburbs, while Donald Trump is coming out ahead in rural areas of the state.

Trump is the candidate who has been unabashedly about resentment. From his announcement speech onwards, he has told people bluntly that they are not getting their fair share, and has shown by example that it is legitimate and acceptable to target this resentment toward other people in the population.

National pundits describe both Sanders and Trump as anti-establishment candidates tapping into anger. That is not quite right. Both are arguing that politics is out of touch with ordinary people. But they are not tapping into the same anger. Sanders is arguing for more government, not less. His targets of blame are groups in power: Wall Street, the wealthy. Trump is calling for a day of reckoning and a tearing down of government structures. His targets of blame have less power: immigrants, Muslims, and women, to name a few.

Trump is waving into a raging fire what has been smoldering as resentment: a perception that there is significant injustice and disrespect in this world, and government is the cause.

Once the presidential campaigns move on from Wisconsin next week, it is hard to know exactly what will be left in their wake. No matter the election results, this state has some work to do to reconcile the deep divide between its rural and urban spaces.