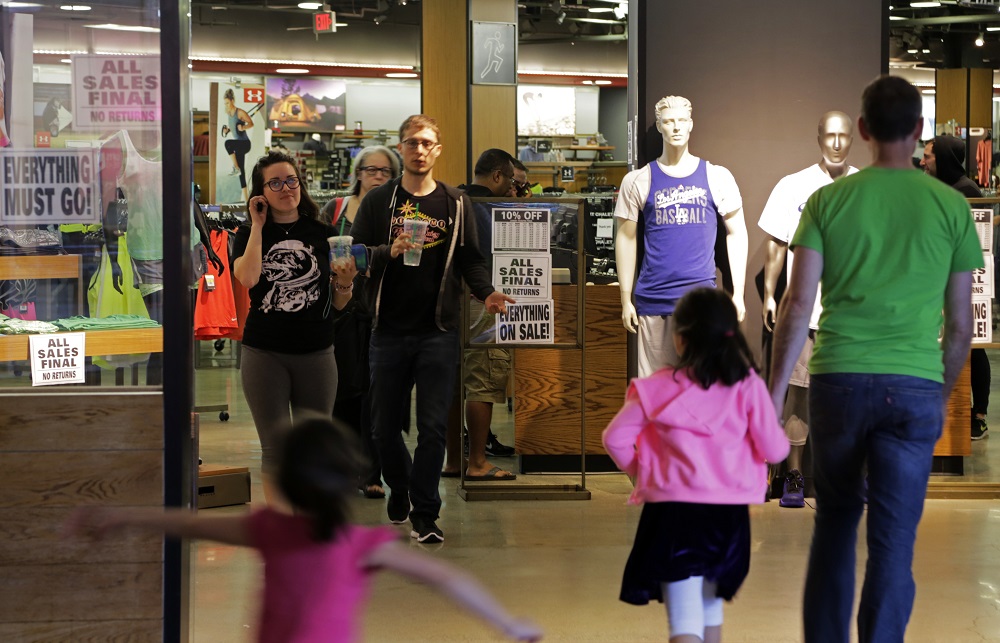 When news broke that the Sport Chalet chain of stores was closing, it might have sounded to you like just another failure in a retail sector—sporting goods—that has seen more than its share of carnage.

But Sport Chalet had been different, in a way that embodied Southern California, and drew in people like me—athletes and outdoorspeople who needed a reliable source for sometimes hard-to-find gear and expertise.

One story goes that Sport Chalet founder Norbert Olberz, began his mountaineering and ski supply store by loaning customers equipment and asking them to return it, at which point they would pay a fair rate for the privilege. The first store was a converted furniture store on Foothill Boulevard in La Cañada, just down the mountain from some of Southern California’s busiest hiking trails. A second location soon followed, across the street in an old supermarket, where the dive shop was housed in the meat locker. Third was a former gas station nearby that, presumably, after Olberz decided to charge fees upfront, rented ski equipment.

This motley campus would be unimaginable today. But for the inexperienced merchant in 1959 it seemed a reasonable approach. Sport Chalet oozed idiosyncrasy. It was years ahead of other retailers in selling and renting oddities such as mountaineering gear, scuba equipment, and surfboards. That adventurous, spirit endured for decades. The centerpiece of the original store was a 20-foot-tall fiberglass snow-painted mountain peak that demonstrated “Cliff Cabanas” and “Portaledges,” the cantilevered sleeping bag harness system used by extreme rock climbers.

In the 1980s, when I first encountered Sport Chalet as an outdoors-minded kid in the San Gabriel Valley, that feel was the “closer” for me, a place that had anything I could ever want without it feeling sterile or anonymous.

I soon learned that the people who worked there actually used the things they sold! Sport Chalet was the retail equivalent of the local watering hole. Half the time a visit there was a visit, not necessarily a purchase. With the more unusual equipment came the conversations. Where was the customer going on his or her next trip into the outdoors? Had they been there before? Much of it predicated on adventure, not just a new pair of Nikes.

About 15 years ago, I was shopping for a new pair of hiking boots for a backpacking trip in the Sierras. Quickly I was interrogated, albeit in a friendly tone. “Are you going to be crossing streams? If so, that changes everything—you won’t want those, your feet will freeze. Unless you’re going later in the season. And ignore the advertising by the manufacturer, they’re all water repellent.” I was chastened, but educated and well prepared.

As a Sport Chalet loyalist, I was barely aware that other sports retailers existed. Yes, in a fit of madness, I once bought an air rifle at Big 5—and the guilt still haunts me 28 years later.

Someone can buy a basketball, a baseball glove, workout clothes, or weights anywhere, but the SC people actually knew what they were selling, knew how it worked, and why you should or, crucially, should not buy it. Employees were assigned certain departments and had expertise in their areas.

Nowhere was this more evident than in the scuba department where Sport Chalet staffers have served as retailers, instructors, dive masters, dive club sponsors, and dive buddies since the store’s inception. In scuba, Sport Chalet eventually had official authority. It has been the largest single certifier of scuba divers in California for decades.

Perhaps nowhere would expertise be more critical. If soccer cleats don’t fit, you exchange them; you can trade in the purple tracksuit for whatever is more fashionable. But buy the wrong-sized buoyancy control device and it’s a possible trip to the hyperbaric chamber. Wrong regulator or improper instruction of how to use it, say hi to the chamber staff again and say goodbye to a few thousand dollars.

Fifteen years ago, I enrolled in Sport Chalet’s Open Water Diver course, the entry-level scuba certification program. It was my deepest connection to the place, and I still treasure the experience. One instructor of mine had been with the company 20 years and brought with him years of experience as a Navy underwater explosive ordnance disposal diver, more than sufficient for this wandering underwater tourist. Other dive staff had years of commercial diving experience, and all were dedicated to sharing their love of the ocean. I witnessed a similar worker loyalty in the dive shop itself, where several employees stayed on for years.

Things started to change a few years ago when their flagship store in La Cañada moved from the converted supermarket to a brand new, big-box monstrosity a block away.

No longer was the dive shop in the old market’s meat locker; it was suddenly adjacent to the on-site pool. Okay, to be fair, that pool was a nice touch. The new place felt a step closer to Acme Sporting Goods, but it remained our one-stop shop for anything athletic. And as it finishes off a going-out-of-business sale, it’s still the only retail store where I recognize staff year after year. There won’t be its equivalent again. Amazon has seen to that.

Yes, it’s true that we can find anything SC had online, but that is cold comfort. I will miss the conversations and human connections that SC provided. Goodbye to Mr. Olberz’s faithful former furniture store.