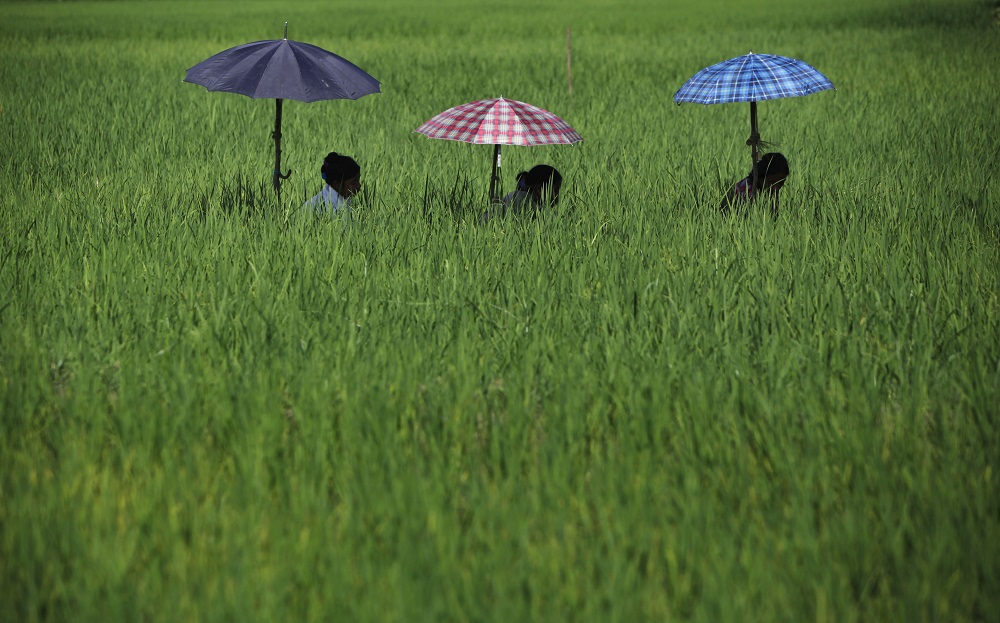 Nepal’s Chitwan National Park, a stretch of grasslands, forests, and wetlands in the humid foothills of the Himalayas, is home to an enormous diversity of plants and animals. A UNESCO World Heritage Site, the park provides refuge to Bengal tigers and some of the last of the world’s single-horned Asiatic rhinoceroses, among other endangered species. Most people in the region scrape out a living through smallholder farming, almost fully dependent on the environment and its resources for their livelihoods.

That environment is changing, in part as a result of global warming, but more significantly because of a range of other factors including land degradation, monsoon variability, and groundwater depletion. With those changes, the farmers’ lives and livelihoods become more precarious.

But a more immediate menace threatens the people, flora, and fauna in the region: an invasive vine called Mikania micrantha. First imported to South Asia in the 1950s and ‘60s to help camouflage military installations, it has systematically spread, smothering everything in its path. By 2010 it had covered at least one-fifth of the national park. Using young trees and shrubs for support, the bright green, flowering weed forms a dense cover over native plants and fodder grasses.

Not content to merely block its victims’ access to sunlight and water, Mikania micrantha poisons them, releasing chemicals to inhibit their growth. The plant propagates by producing thousands of lightweight barbed seeds, plus roots from its own broken stems and leaves. But park officials are reluctant to turn to chemicals to fight it, fearing damage to the ecosystem

What if Mikania micrantha could be used to solve some of the very problems it’s causing? If harvested on a large scale and turned into a charcoal product called biochar, the plant could offer all sorts of advantages to local farmers. Biochar is made by burning organic matter like wood or plants at low oxygen levels, turning it into a stable, porous charcoal material that can filter water, sequester carbon, and can be a source of income when sold as a fertilizer or fuel, as has been done successfully in Haiti.

Biochar is often added to soils as a fertilizer, increasing crop yields and helping the soil retain water. Biochar can also be converted into “green charcoal” and used as a fuel, reducing the time and effort needed to gather firewood—time and effort usually expended by women and children—and relieving pressure on local forests. 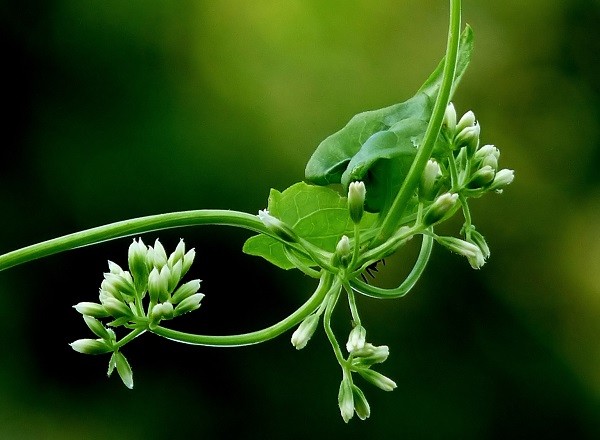 Implementing this adaptation requires innovations in harvesting, to develop a user-friendly tool that ensures the entire plant is yanked out. Improvements in biochar processing to dry and pyrolyze the biomass efficiently are also needed. Right now, a team of researchers from Arizona State University (including one of us—Netra), and Tribhuvan University and the Agriculture and Forest University in Nepal, in collaboration with the Community Forest Users Group and farmers in the region is piloting a solution that’s customized to the particular needs of the area. The team hopes ultimately to help lift the smallholder farmers out of poverty, empower their communities, and better adapt to climate.

That last sentence might seem to be missing a word (shouldn’t it be “adapt to climate change”?), and the connection between an invasive species in a remote corner of the planet and climate adaptation may not be apparent—but that’s the point.

Nepal’s attempt to deal with its weedy invader by turning it into biochar doesn’t have a connection to climate change beyond its use as an environmentally friendly fuel and fertilizer. Rather, the project pragmatically addresses a number of problems in order to make farmers in the region more resilient to soil exhaustion, food and water insecurity, deforestation, and a changing and unpredictable climate.

Even if climate change were to magically disappear, typhoons would continue to slam into coastlines, flooding would damage property and take lives, and farmers would have to deal with pernicious invasive species. Until our climate adaptation agenda reflects that reality, efforts that address mainly the problems caused by climate change can only ever have a marginal impact on helping communities to thrive.

What we do have control over, and are actually quite good at, is reducing the two factors that allow hazards to cause harm in the first place: exposure (whether people or property are subject to a hazard) and vulnerability (the susceptibility of suffering negative impacts when exposed to that hazard). Effectively addressing these two factors in a way that makes a community more resilient may have little direct connection to climate change. Instead, these adaptations promote or improve things like public health, emergency preparedness, community education, zoning laws, insurance regulation, and sustainable development.

This is precisely what the project in Nepal seeks to do. By transforming an invasive species into a fertilizer, filter, and fuel—even a source of income if the biochar is sold—this adaptation reduces some of the precariousness of smallholder farming and can provide a foundation for sustainable development no matter what hazards a warmer climate might pose.