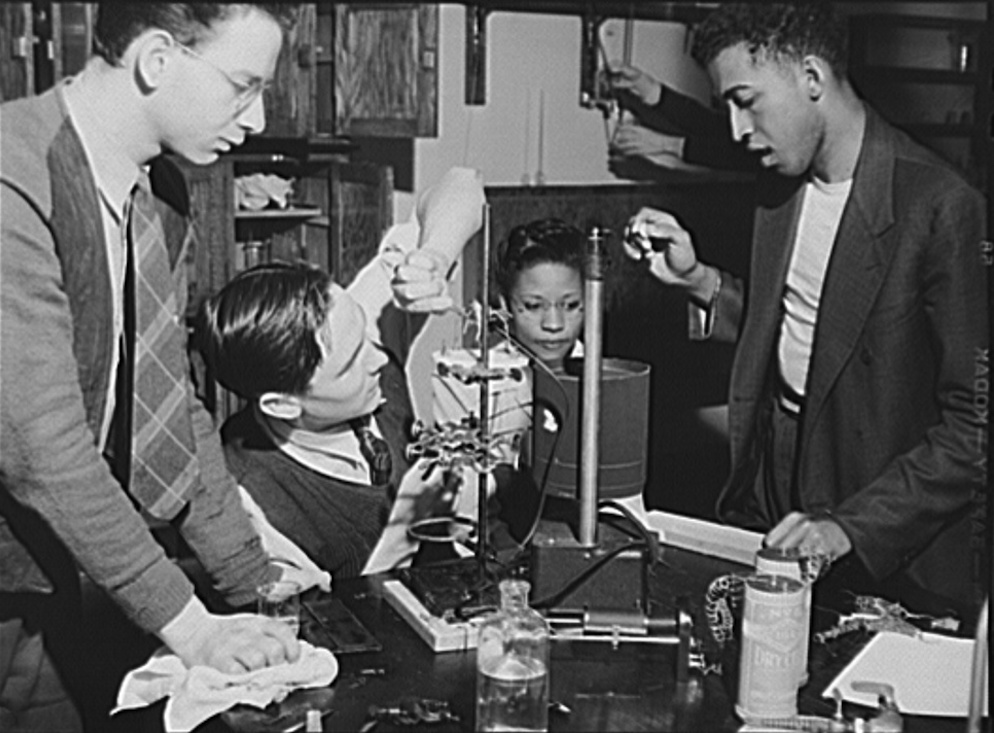 Race and identity, sexuality, temperament, and even free will. Siddhartha Mukherjee tackles these themes in his newest book The Gene: An Intimate History, weaving the pattern of schizophrenia in his own family with larger threads of science and social history. The author of the bestselling, Pulitzer Prize-winning The Emperor of All Maladies: A Biography of Cancer, an assistant professor of medicine at Columbia University, and a staff cancer physician at Columbia University Medical Center, Mukherjee visits Zócalo to discuss his fascinating journey into the farthest reaches of the fundamental unit of heredity. Below is an excerpt from his book.

The blood of your parents is not lost in you.
—Menelaus, The Odyssey

They fuck you up, your mum and dad.
They may not mean to, but they do.
They fill you with the faults they had
And add some extra, just for you.
—Philip Larkin, “This Be The Verse”

In the winter of 2012, I traveled from Delhi to Calcutta to visit my cousin Moni. My father accompanied me, as a guide and companion, but he was a sullen and brooding presence, lost in a private anguish that I could sense only dimly. My father is the youngest of five brothers, and Moni is his first-born nephew—the eldest brother’s son. Since 2004, when he was 40, Moni has been confined to an institution for the mentally ill (a “lunatic home,” as my father calls it), with a diagnosis of schizophrenia. He is kept densely medicated—awash in a sea of assorted antipsychotics and sedatives—and has an attendant watch, bathe, and feed him through the day.

My father has never accepted Moni’s diagnosis. Over the years, he has waged a lonely counter-campaign against the psychiatrists charged with his nephew’s care, hoping to convince them that their diagnosis was a colossal error, or that Moni’s broken psyche would somehow magically mend itself. My father has visited the institution in Calcutta twice—once without warning, hoping to see a transformed Moni, living a secretly normal life behind the barred gates.

But my father knew—and I knew—that there was more than just avuncular love at stake for him in these visits. Moni is not the only member of my father’s family with mental illness. Of my father’s four brothers, two—not Moni’s father, but two of Moni’s uncles—suffered from various unravelings of the mind. Madness, it turns out, has been among the Mukherjees for at least two generations, and at least part of my father’s reluctance to accept Moni’s diagnosis lies in my father’s grim recognition that some kernel of the illness may be buried, like toxic waste, in himself.

In 1946, Rajesh, my father’s third-born brother, died prematurely in Calcutta. He was 22 years old. The story runs that he was stricken with pneumonia after spending two nights exercising in the winter rain—but the pneumonia was the culmination of another sickness. Rajesh had once been the most promising of the brothers—the nimblest, the supplest, the most charismatic, the most energetic, the most beloved and idolized by my father and his family.

My grandfather had died a decade earlier in 1936—he had been murdered following a dispute over mica mines—leaving my grandmother to raise five young boys. Although not the oldest, Rajesh had stepped rather effortlessly into his father’s shoes. He was only 12 then, but he could have been 22: his quick-fire intelligence was already being cooled by gravity, the brittle self-assuredness of adolescence already annealing into the self-confidence of adulthood.

But in the summer of ’46, my father recalls, Rajesh had begun to behave oddly, as if a wire had been tripped in his brain. The most striking change in his personality was his volatility: Good news triggered uncontained outbursts of joy, often extinguished only through increasingly acrobatic bouts of physical exercise, while bad news plunged him into inconsolable desolation.

The emotions were normal in context; it was their extreme range that was abnormal. By the winter of that year, the sine curve of Rajesh’s psyche had tightened in its frequency and gained in its amplitude. The fits of energy, tipping into rage and grandiosity, came often and more fiercely, and the sweeping undertow of grief that followed was just as strong. He ventured into the occult—organizing séances and planchette sessions at home, or meeting his friends to meditate at a crematorium at night.

I don’t know if he self-medicated—in the ’40s, the dens in Calcutta’s Chinatown had ample supplies of opium from Burma and Afghani hashish to calm a young man’s nerves—but my father recollects an altered brother: fearful at times, reckless at others, descending and ascending steep slopes of mood, irritable one morning and overjoyed the next (that word: overjoyed. Used colloquially, it signals something innocent: an amplification of joy. But it also delineates a limit, a warning, an outer boundary of sobriety. Beyond overjoy, as we shall see, there is no over-overjoy; there is only madness and mania).

The week before the pneumonia, Rajesh had received news of a strikingly successful performance in his college exams and—elated—had vanished on a two-night excursion, supposedly “exercising” at a wrestling camp. When he returned, he was boiling up with a fever and hallucinating.

It was only years later, in medical school, that I realized that Rajesh was likely in the throes of an acute manic phase. His mental breakdown was the result of a near-textbook case of manic-depression—bipolar disease.